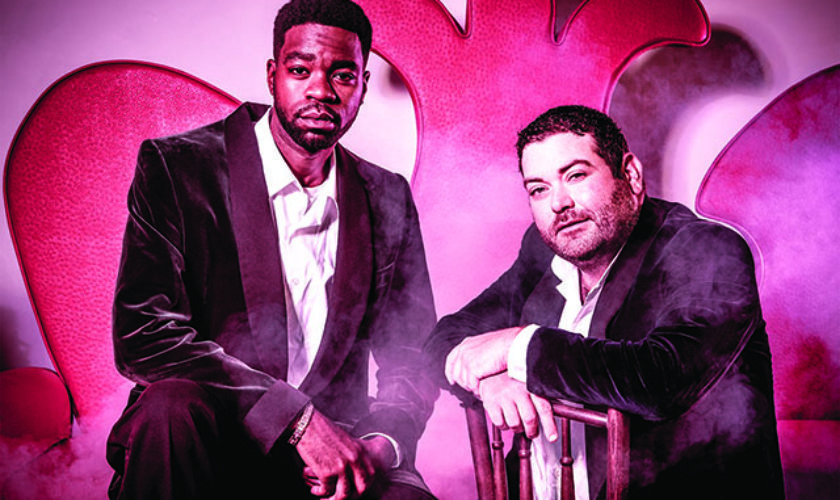 Brendan Huttick and James Mitchell love meat. A lot. They don’t love meat like you or I might say “I love meat”—while carving into a steak or decimating a rack of ribs, for example. They really, really love meat.

Specifically, they love smoking it.

“The happiest day of my life was when I made my first set of smoked bacon,” said the 38-year-old Huttick. He and Mitchell, 32, are the chefs behind the Bermuda Smoke House, where they’re smoking up a storm so big the entire island is beginning to smell it. They’re smoking bacon and sausages from Tom Wadson’s authentic Bermuda hogs, local snapper, wahoo, mahi-mahi and lionfish. They smoke jerky, venison, brisket, pulled pork and yes, they even smoke vegetables.

“We’re smoking for the vegetarians as well,” Mitchell noted.

Some six months after opening, Bermuda Smoke House products are becoming a familiar sight on the island. In fact, the original idea was for the two of them to smoke only fish. But, as has been noted, Huttick and Mitchell love meat.

“I’ve been making beef jerky since I was eight—and I’m thinking, ‘Man, we got the smoker… We can smoke anything!’” said Huttick, the self-described “chief dishwasher.”
“Now it’s to the point where we’ve got more products than we can keep up with.”

In reality, Huttick handles much of the operational side of the business, a line of work he’s familiar with after managing at Pompano for a decade. Mitchell has taken on the role of head chef, as well as “IT guy.”

“It’s been pretty cool,” said Mitchell. “The whole operation has been cool from the moment I walked through the door and said ‘yes.'”

Originally from Washington, D.C., Mitchell came to the island after marrying his Bermudian wife some five years ago. He’s worked in Michelin-star kitchens in the US, as well as at Fairmont Southampton’s Newport Gastro Pub, with the government and, most recently, at Pompano Beach as sous chef.

“It is the ground floor, and having to start from the bottom—in terms of handling the e-mails, cleaning the dishes, setting up a formal system—has been exciting,” said Mitchell. “The reward is knowing you built this from the ground up.”

”I feel like Willy Wonka,” said Huttick. “I dance around the kitchen and every night we come up with a different product. It’s been so much fun to be able to actually create and do, on your own, whatever you really want to do in the smoked foods realm. From flavour profiles, to different types of meats, to time, temperature… it’s been awesome.”