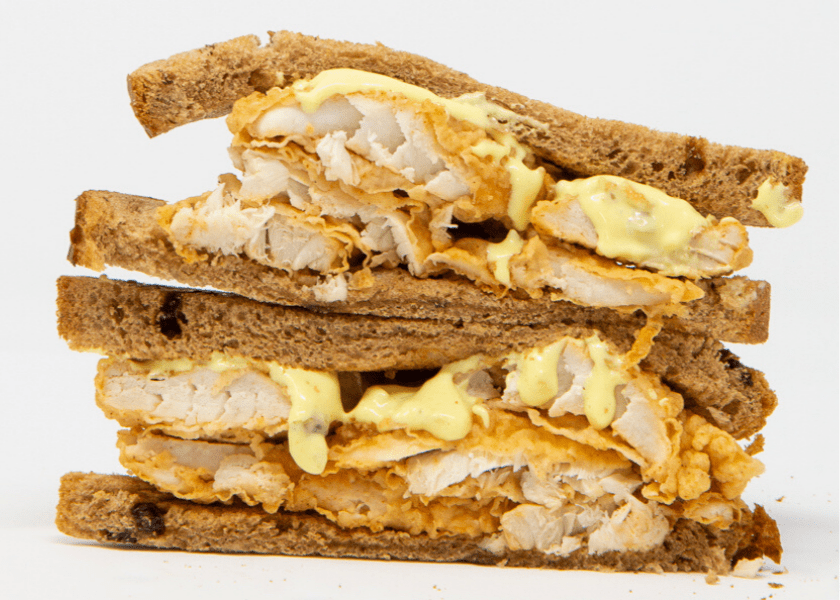 Bermudians both young and old can appreciate our gastronomic traditions that reflect our island culture and maritime history. Here are 13 we think are the most iconic.

1. Fresh Fish
Bermuda is one of the best places to eat fresh, local catch, including wahoo, baraccuda, grouper, and tuna. Overfishing is a problem the world over, but fortunately Bermuda has many fishing restrictions in place to protect fish populations. For this reason, some areas are off limits for fishing during spawning seasons for some species.

Bermudians have many ways to cook fish, including grilling and frying. Fried fish is used in Bermuda’s iconic fish sandwiches, and broth made from fish heads and tails is used in fish chowder.

2. Barritt’s Ginger Beer
Ginger beer is a real Bermudian delicacy. We have our own soft drink company, supplying us with delicious fizzy beverages often better than anything available overseas. Delicious on its own (but ONLY from Barritt’s, in operation in Bermuda since 1875), but also an essential element of a Bermudian Dark ‘n Stormy – a mix of Gosling’s Black Seal Rum and Barritt’s Ginger Beer.

3. Art Mel’s Fish Sandwich
Every Bermudian has tried an Art Mel’s fish sandwich, which has won countless Best of Bermuda awards. This quintessential Bermudian fish sandwich has a unique recipe – battered and fried local fish, which is perfectly savoury and not too oily, on sweet raisin bread with coleslaw, lettuce, tomatoes and tartar sauce. The contrast between sweet and savoury is really what makes this sandwich; despite any reservations one may have about the bread choice.

4. Codfish Cake and a Hot Cross Bun
Codfish cakes are not a Bermudian invention; many other countries and island nations have eaten version of the recipe since the 13th century. However, Bermuda is perhaps the only nation that pairs it so well with a hot cross bun.

5. Loquats from the Tree
If you’re Bermudian you must have eaten ripe loquats off the tree. These sweet little fruits are a Bermuidan favourite, raw, in desserts, in jams, and more.

The loquat was introduced to the island in the 1800s, and is one of the few fruit producing trees on island. Ripe in late winter or early spring, the little fruits are frequently preserved in loquat jam, jelly or chutney. Loquat liqueur has been made with gin, vodka or rum as a spirit base, and loquat win has been made by Bermudians.

6. Surinam Cherries
Everyone’s tried a few cherries from the tree, but have you ever had “flaming cherries,” a dessert made with the fruit, rum, and vanilla ice cream? Surinam cherries in Bermuda are also made into pies, jams, and wine.

7. Bermuda Mulberries
Mulberries were thought to be an introduced species, but more recent research has revealed that they may have been native, colonising the island perhaps through a bird’s digestive system. Mulberries are excellent for making wine. Here’s a recipe from The Bermudian (originally from A Modern Herbal published in 1931) below:

“On each gallon of ripe Mulberries, pour 1 gallon of boiling water and let them stand for 2 days. Then squeeze all through a hair sieve or bag. Wash out the tub or jar and return the liquor to it, put in the sugar at the rate of 3 lb. to each gallon of the liquor; stir up until quite dissolved, then put the liquor into a cask. Let the cask be raised a little on one side until fermentation ceases, then bung down. If the liquor be clear, it may be bottled in 4 months’ time. Into each bottle put 1 clove and a small lump of sugar and the bottles should be kept in a moderate temperature. The wine may be used in a year from time of bottling.”

9. Honeysuckle
What a nostalgic taste! Honeysuckle grows wild along Bermuda roadsides and in sunny vales. Sometimes called coral plant, firecracker plant, or fountain plant, Russelia equisetiformis is not a true honeysuckle. However, it tastes spectacular, and comes in red and yellow varieties. In Bermuda, we also have another species of honeysuckle, called cape honeysuckle, that erupts in larger, orange flowers.

10. Yeast Popcorn
Bermudians know how to season popcorn the right way. We use a little butter and salt, but mostly cover the popcorn in nutritional yeast. Non-Bermudians can barely wrap their head around the use of yeast on popcorn – most don’t even know what nutritional yeast is. Luckily, that just means more popcorn for us!

11. Fish Chowder
Fish chowder is a Bermudian staple. It came over with the first colonists, and is not anything like New England fish or clam chowder. This is a spicy soup made from local-caught fish stock, bacon fat, special seasoning, black rum, and sherry peppers. Wonderful as an appetizer, or as a meal in its own right, every Bermudian has feasted on fish chowder at one point or another!

12. Johnny Bread
Johnny bread is a sweet bread made without yeast, so it looks a bit flatter than other breads. It can be eaten plain, but some like it with melted cheese, or syrup. It is often eaten at breakfast time and can be eaten on the go. Johnny bread cooks like a pancake, fried in oil on a hot stove. Make a big batch so that you can have some to snack on later!

13. Cassava Pie
Cassava pie is a Bermudian original, dating back to 1612. Recipes include some variant of cassava, eggs, sugar, chicken, pork and spices. The old method of grating cassava was tedious, dangerous and painful – Thankfully, our methods have evolved but the flavor has not. Bermudians eat cassava pie at Christmas time (and Easter too, if they can summon the willpower to leave slices in the freezer from the December batch) and it’s really up to the individual chef whether they include chicken or pork, or both or none at all. Fresh, locally-grown cassava can be purchased from Wadson’s Farm in December.