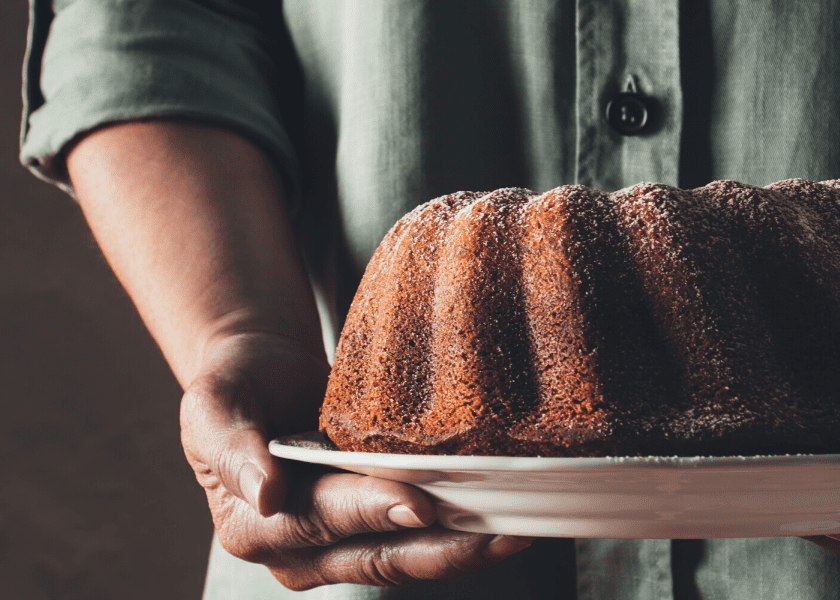 5 of the Best Ways to Enjoy Goslings Black Seal Rum

1. Make Swizzle!
There is nothing iconic as enjoying rum in a fruity cocktail. Traditionally swizzles are mixed with a Bermuda swizzle stick, made from an allspice bush.

Directions:
Fill a pitcher a third full with ice cubes.
Add all of the above ingredients and churn vigorously with a swizzle stick until a bit of “sea foam” appears on the top.
Strain into sour glasses, garnish with a cherry toothpick to a slice of orange.

2. Bake a Traditional Rum Cake
Rum was a staple in desserts of yesteryear because of its bold flavour and low cost. The original rum cake recipe was heavy and very similar to that used to create English Christmas or plum pudding. It was adapted to suit the ingredients that were locally available, and baking eventually replaced the standard method of steaming. Because of its delicious blend of flavours, rum cake took on a starring role and became the centrepiece of Christmas and special occasions throughout the year. For many demanding aficionados, though, it was too delicious to reserve for just those times, and it earned its place as a year-round dessert.

Directions:
Preheat oven to 350F.Step 2: Grease and flour a 10″ bundt cake pan.
Combine flour, sugar, baking powder and salt in a bowl.
Add butter and whisk until butter is worked in completely. The mixture should have a sandy appearance.
In another bowl, whisk milk, eggs and rum.
Combine dry and wet ingredients until mixture is smooth.
Add 1 1/2 cups of pecans to mixture. Add remaining 1/2 cup of pecans to base of pan and pour mixture into pan.
Bake 55-60 minutes or until top of cake springs back.
When cake has cooled in pan for 10 minutes, make rum glaze.
Melt butter.
Stir in sugar and water.
Boil for 5 minutes, stirring constantly.
Remove from heat, stir in rum.
Invert cake onto a dish or wire rack with a pan or tray underneath to catch any extra glaze.
Poke small holes all over the cake with a fork. This is to make sure the rum glaze can soak into the cake.
Spoon glaze all over cake, allowing it to soak in.
Repeat until all glaze is used.

3. Create an Easy Glaze
An all-purpose rum glaze marries well with oven-baked ribs or chicken thighs. It is always a winning combination and an easy dinner option when served alongside a salad.

Simply blend one cup of Bermuda honey, 1/2 cup each of rum, fresh lemon juice and Worcester sauce and 1/3 cup of fresh minced rosemary leaves and pour over the ribs or chicken parts that have been placed meat side down in a casserole. Bake for 40 minutes at 325 degrees.

A glaze for ham using rum can transform the meat. Simply combine a few tablespoons of brown sugar with a dollop each of Dijon mustard and peach preserves and a dash of your favourite rum in a small saucepan and cook over medium heat for a few minutes. Pour it over the pre-cooked ham and bake until it is warmed through and the glaze has caramelised. Delicious!

4. Liberally Pour into your Fish Chowder
Legend has it that Bermuda fish chowder is as old as Bermuda, having become a diet staple of the Sea Venture survivors who unexpectedly landed upon our shores in 1609. Why not whip up your own batch with a classic recipe for Bermuda fish chowder by Yeaton Outerbridge (from April 1991).

Directions:
In a large pot put water fish fillets, salt, and spices. Bring to a boil and let simmer for 30-45 minutes.
In a frying pan melt butter and oil and sauté onions, celery, garlic, and green peppers. Add tomatoes and consommé and simmer for 30 minutes.
Transfer this mixture to the fish stock and add remaining ingredients. Simmer partially covered for 2 hours. Adjust seasoning to your liking.
Serve piping hot and pass around Outerbridge’s Original Sherry Peppers Sauce and, if you please, Gosling’s Black Seal Rum for dashing.

5. Make a Quick Dessert with Bermuda Bananas
A simple recipe of cooked bananas with brown sugar and rum has long been prepared in Caribbean and Central and South American kitchens. In Bermuda, bananas have been enjoyed in this style, either baked in the oven or cooked on the stovetop, for myriad generations.

Directions:
In medium saute pan over medium heat, melt the butter and sugar and whisk until dissolved. Add bananas, cut side down, for about one minute before turning very carefully. Remove pan from heat and pour in the premeasured rum. Return to heat and shake pan to allow rum to ignite. Let alcohol burn off before shaking pan to coat the bananas. Cook another minute until glazed and translucent. Gently place onto dessert plates and top with ice cream before serving.