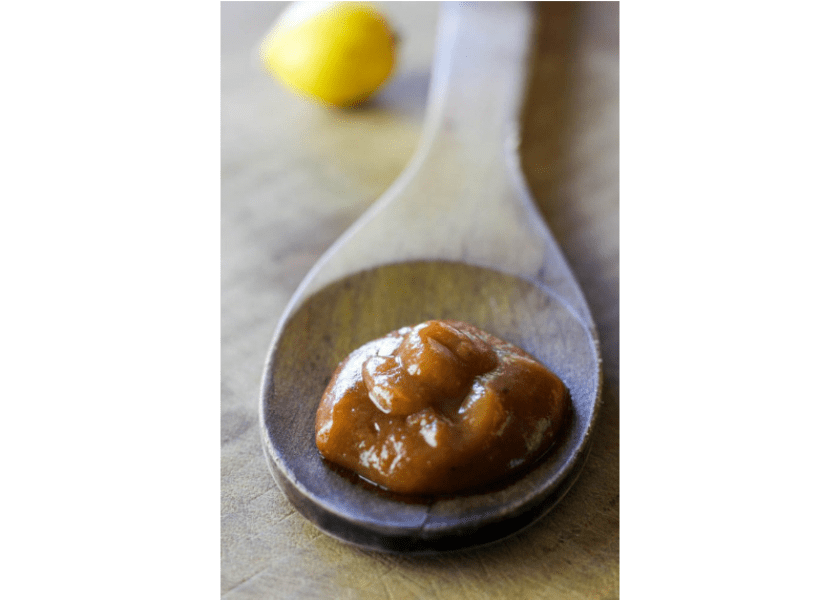 Directions:
Prepare loquats by washing them, cutting them in half and removing their stones. The loquats will lose about a third of their weight once stoned (900g of whole fruit = 600g of fruit, stones removed).
Add loquats and all remaining ingredients to a large saucepan.
Bring to a low boil, then simmer for about an hour, stirring occasionally. The liquid will have reduced quite a bit and the fruit will be collapsed and very soft.
Allow to cool slightly, then liquidise the sauce in your blender or food processor. Be careful, hot sauce really burns!
Pour into sterilised jars and seal.
Makes approximately 1 litre of sauce.