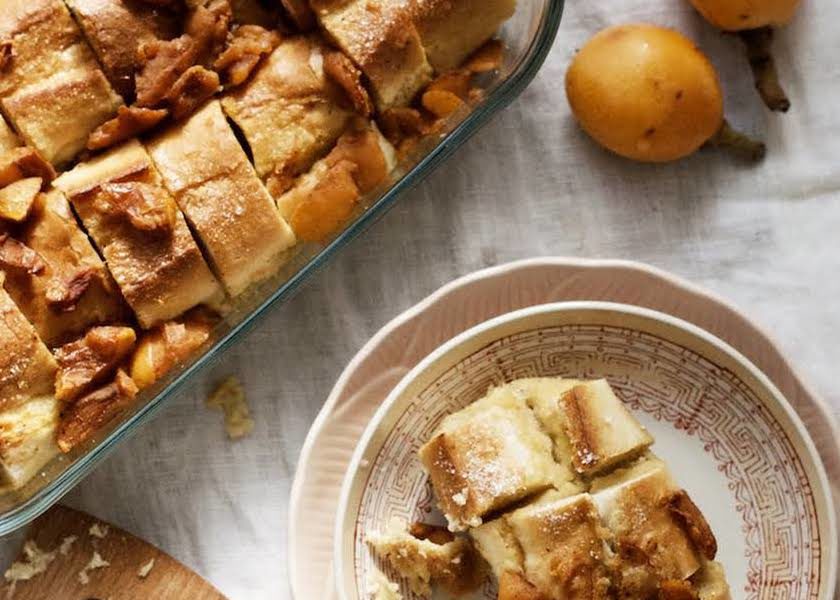 Directions:
In a small saucepan, combine all of your ingredients for the gingered loquats over medium-low heat and stir. Allow the mixture to begin to simmer. Cook and stir for another couple minutes, then remove from heat and let it cool.

While the mixture cools, coat the bottom of a medium-sized baking pan (mine is about 11×7″) with a thin layer of butter, then arrange the baguette slices in vertical rows. In a medium bowl, whisk together the milk, eggs, vanilla, spices and honey. Pour evenly over the bread, then dollop the loquat mixture on top, spreading evenly and pushing it gently in between the bread slices. Cover with foil or plastic wrap and place in the fridge for at least 2 hours, preferably overnight.

Preheat your oven to 375ºF, remove the cover, sprinkle the top of the french toast with some granulated or brown sugar, and place in the oven to bake for about 30-40 minutes or until golden brown. Serve immediately with a drizzle of syrup or extra honey.