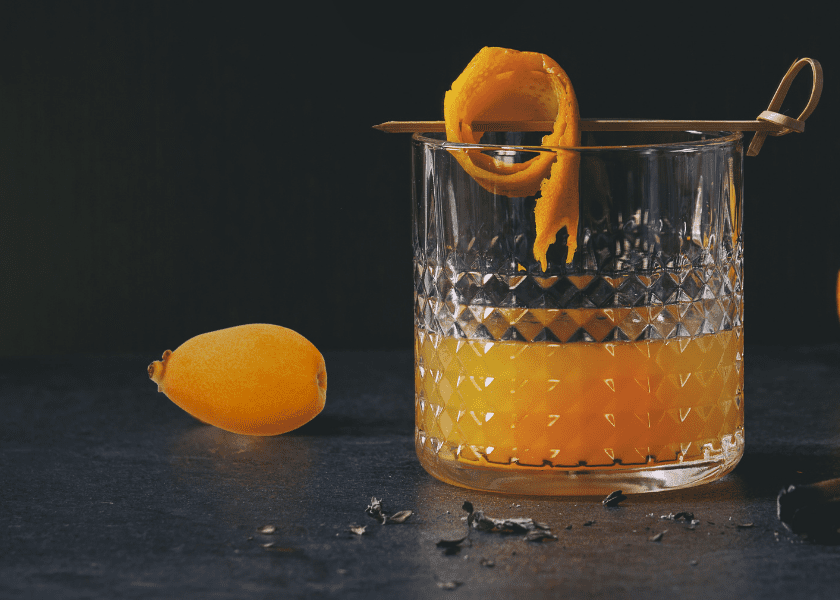 For this undeniably Bermudian ‘re-frashment’, gather ye loquats while ye may, from late January ’til March. Then make this aromatic concoction which should be perfect by the fall of the same year. This traditional potion was the origin of Bermuda Gold Liqueur, made by Somers Distillers.

Sip-Story: History of the Loquat Liqueur
It wasn’t long after the loquat was introduced in the 1840’s that locals started making smooth, amber loquat liqueur. In those days, it was considered a sipping drink suitable for afternoon tea.

In the mid-1960s, having already begun commercial production of sherry peppers, Yeaton Outerbridge and John Profit decided to make loquat cordial for general consumption. They sampled home brews made from the little golden fruit, rock sugar and gin or vodka and set about making their own in the salve quarters of 300-year-old Villa Monticello.  Three years later, they formed Somers Distributors, named after Sir George, and launched ‘Bermuda Gold’. Emblazoned with the ill-fated ship, Sea Venture,  4,000 bottle sold the first year. Today, Somers Distributors, a subsidiary of Goslings Brothers, sells the liqueur to aficionados at home and aboard. it’s delicious for sipping, as a cocktail, or for making sauces.

Instructions
In a gallon jug, put alternating layers of loquats and rock crystal candy until all are used up. Fill the jug to the top with rum. Seal well, then seal the seal with tinfoil. Let stand in a cool, dark place, turning it upside down, then down side up every 2 weeks. In about 2 months, most of the sugar will have dissolved and a tawny gold liqueur will remain. Leave the jug until the beginning of August. At that time, strain the velvety liqueur through a double layer of cheesecloth removing imperfections. You have not, however, reach the time of golden reward.

allow the strained liqueur to age until late October. Your first sip should justify the long wait. The colour of gold, a divine perfume and velvety smoothness should make the moment memorable. Also makes a perfect fruit sours cocktail and is delicious over ice-cream.