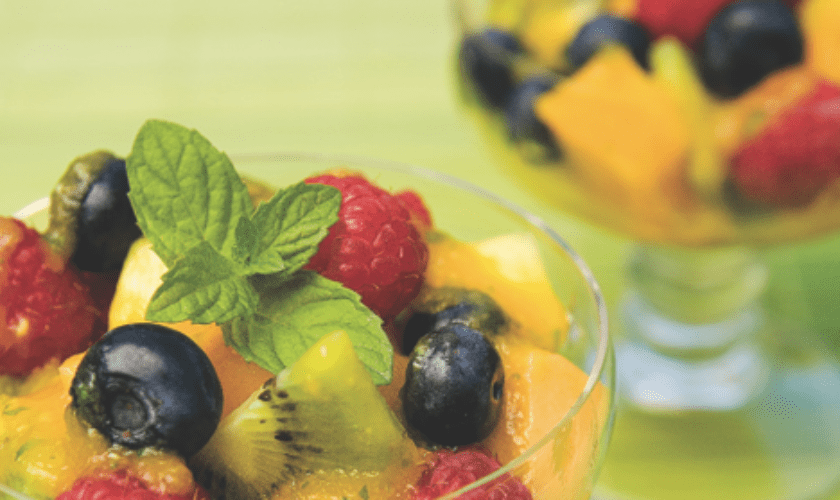 It’s summertime in Bermuda, and pawpaws are ripe for the picking. The colour of the fruit, both inside and out, is a beautiful golden orange as warm as the summer’s setting sun.

The pawpaw tree can produce fruit all year round, so you probably had pawpaws on your tree all winter when they were green and considered a vegetable; now, however, the pawpaw can entice you with its deliciously sweet, musky taste and butterlike consistency. In fact, they are perfect for summer salads or salsas to accompany your barbecue fare. It’s no wonder Christopher Columbus called pawpaws the fruit of angels.

Bermuda is pawpaw paradise. It is believed the tree was introduced as early as 1616. They require no cultivation and grow quickly in just a few months, so it’s no wonder pawpaw trees are a common sight around the island. We fear, however, that as Bermuda continues to overdevelop her land, many Bermudians will never know what it’s like to have pawpaw Montespan prepared from pawpaws growing in their backyard.

Having said that, when we searched for different varieties of pawpaws to purchase, we were pleasantly surprised by the abundance of locally grown fruit for sale. At Amaral’s Vegetable Cart on Middle Road, Devonshire, we bought a beautiful Costa Rican variety. Exceptionally large, this beauty had lovely rose- coloured flesh. Teddy Chapman, winner of multiple awards for pawpaws at the annual Agricultural Exhibition, gave us an unusually large example of a West Indian variety, just one of many he grows. The green pawpaws we purchased from Windybank Farm were a Hawaiian variety. We are happy to say that all were delicious and put to good use in the recipes that follow.

Cook pawpaws until tender. Season with salt and pepper, mash and put a layer into a greased baking dish. Cover with a thin layer of tomatoes followed by tomato sauce, then meat and onion, then cheese. Repeat these layers until all ingredients are used. Finish with pawpaw, sprinkle with cheese. Cover with bread crumbs. Bake at 350° F for 40 minutes.

In a blender combine ½ pawpaw, nectar, vinegar, ginger and sugar, and blend until smooth. With motor running, pour in olive oil in a slow, steady stream until incorporated. Pour into a bowl, stir in mint and refrigerate, covered, until ready to use. Pour over remaining pawpaw combined with other fresh fruit and garnish with mint leaves.

Brush the shrimp with olive oil and season with salt and pepper to taste. Grill the shrimp until just cooked, about 2 to 3 minutes. Remove and set aside. Season pawpaw with salt and chili oil. Grill for 2 minutes, or until grill marks appear and papaya softens.

Arrange the arugula on a large platter. Top with the pawpaw and green onion. Whisk together the lemon and lime juices, soy sauce, jalapeno and olive oil until combined. Dress salad. Mound all of the shrimp in the center of the platter. Drizzle with the vinaigrette and sprinkle with peanuts and cilantro.

In a bowl, combine all the ingredients and stir to combine. Serve immediately.

Seed and peel pawpaw. Peel mango and cut flesh from pit. Cut pawpaw and mango into ¼-inch dice and in a small bowl toss with onion and lime juice. Stir diced jalapeno into salsa with cilantro and salt and pepper to taste. Chill salsa, covered, at least 2 hours and up to 24 hours.