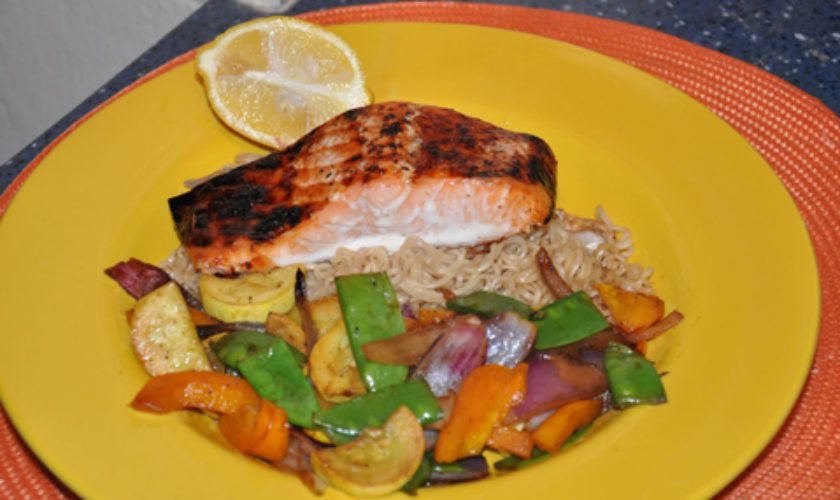 2 tuna steaks coated in Worcestershire Sauce, plus some salt/pepper (Tuna is best to use but Salmon can be used as a substitute)

Put water on boil for noodles.

Heat up two skillets with olive oil. Add mixed vegetables to one and Tuna to the other.

Turn both skillets to low.

Put noodles in boiling water for a few minutes.

Take out, drain, then mix in one of the flavour packets with a fork.

Place noodles on plate with tuna, topped with vegetables.

Add half lemon on side

When using salmon, I bake it at 375 for 20 mins (with Worcestershire), put honey on top, then broil for a few minutes until browned.