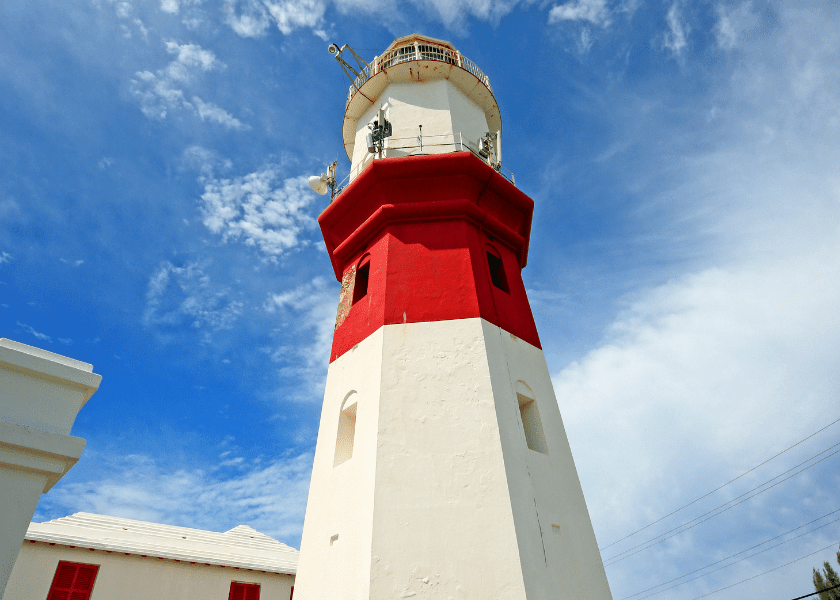 There was a time when the only way to get to St.  David’s was by punt. The Islanders liked it that way. Old-timers still talk about Bermuda as being “over there,” accompanied by a jerk of the thumb. They have their own ways, customs, traditions and patois, liberally sprinkled with archaisms. St. David’s Seafood has been serving shark hash at Cup match for nearly half a century.

In days past, most of the men went to sea as fishermen, as crew on merchant ships, worked as shipbuilders or were self-taught pilots who would scramble out to meet incoming freight or passenger ships and guide them safely to port. Farming also played a big part in the history of old St. David’s. The finest arrowroot was once grown here, so was the Bermuda lily. Older residents remember Howard Farm on which Howard Smith developed the hardy, early-blooming Lillium howardii.  Although no longer grown for export, full fields still burst into blossom every spring, here and there, throughout Bermuda. A lily bouquet is sent ever year, in time for Easter, to the Queen. This is the origin place of one of Bermuda’s most famously, traditional meals: Shark hash.

St David’s Island Shark Hash
Although several species of shark occur on Bermuda’s outer banks, the cub or dusky shark is the most common, but sand shark is best. It reaches a maximum length of about 12 feet, enough for plenty of hash. This dish should be spicy hot. You might want to open the windows when you cook the liver.

1 shark’s liver, soaked overnight in vinegar or lemon juice and salt (should be white with no spots)

3 (or to taste) jalapeños, seeded and minced

Directions
In a heavy-bottomed pot, put shark pieces and enough water to cover. Bring to a boil, lower to simmer and cook 1.5 hours until the meat begins to shred. Remove from heat, strain and cool. With your fingers, remove the skin and bones. Put the shark in a double thickness of cheesecloth and wring out remaining moisture.
Sauté the lover in the olive oil to extract the oil from the liver and strain. Now sauté the onions and peppers in the oil until softened. Add the shredded shark, thyme and parsley and cook until flavours are well blended and the mélange is somewhat dried. For the dainty, serve warm spread on toast points, or by itself and have a bottle of hot sauce close at hand.