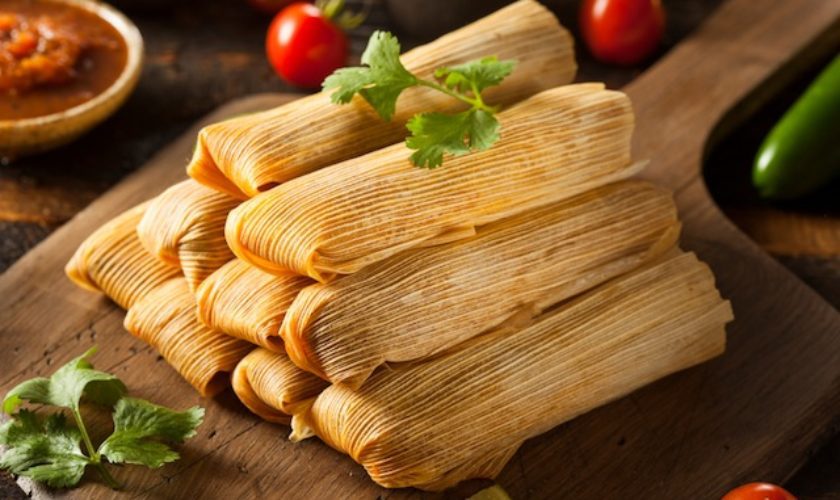 Celebrating Cinco de Mayo is all about having fun. In the United States and other locations around the world, Cinco de Mayo (“the fifth of May” in Spanish) is observed as a date of Mexican heritage and pride. The date commemorates the victory of the Mexican militia over the French army at The Battle of Puebla in 1862. Since Bermudian’s love any excuse, we’re celebrating Cinco de Mayo with 2 recipes from Rosa’s Cantina.

Directions:
Put the leaves of maize soaking for the next day. Beat butter until fluffy. Continue beating and add meanwhile salt, cumin, yeast and flour until the batter has the consistency miguitas very small. On a sheet of corn, spread a few tablespoons of the dough. Add another tablespoon of the cooked chicken. Fold the leaf corn, forming rectangular box, so that the dough of flour wrap stuffed with chicken. Do the same with the whole mass, calculated to place in the leaves of maize. Simmer for an hour to steam about. Serve with his favorite Mexican sauce.

Directions:
Fry the mexican sausage in a large skillet over medium heat.  Cut the baguette into pieces the size you like and put it to brown a little on the grill.  Take the pieces of bread and put some refried beans then put the cheese over the beans and finally add the chorizo.  Put the molletes (the baguette whit beans, chees and sausage) in the oven for a few minutes to melted the cheese and finally add the chopped coriander over molletes.