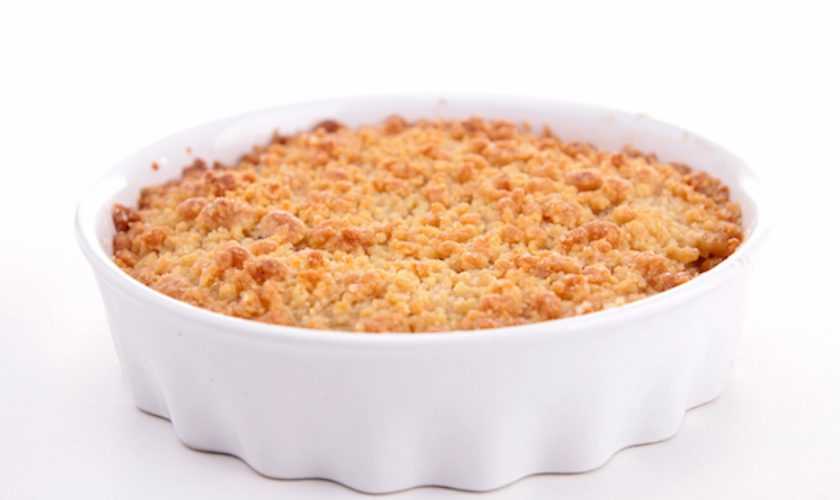 The loquat trees are bearing fruit! We locals love our loquats, so we asked friend and former editor of The Bermudian, Rose Jones to share her simply divine Loquat Crumble recipe. She tells us it is ultra-simple and so delicious!

Ingredients:
A pile of ripe loquats

Directions:
Pre-heat oven to 350 degrees F. Grease a glass pie dish or baking tin. Cut loquats in half, peel them and remove stones and any rough stone-casings inside. In separate bowl, mix flour, sugar, butter, rubbing the latter into the dry ingredients – “I smoosh them together with the back of a spoon, until the butter is evenly distributed and the mixture sort of has a breadcrumb texture” says Jones. Place cut loquats in baking dish. Cover with crumble mix and sprinkle oats over top.

Bake until the crumble turns golden-brown and you can see the fruit start bubbling (easier to see with the benefit of a glass dish), usually about 30 to 40 minutes. Serve warm, alone or with vanilla ice-cream (sweet to balance tartness of loquats).

Double or triple-up the recipe to make a large tray for parties. Incidentally, you can use any fruit, or rhubarb, to make crumble varieties—strawberries, blueberries, peaches, apples, plums, or a mix. Fruit that doesn’t require peeling or de-stoning makes it an even speedier dessert (but loquats are still the fave!).