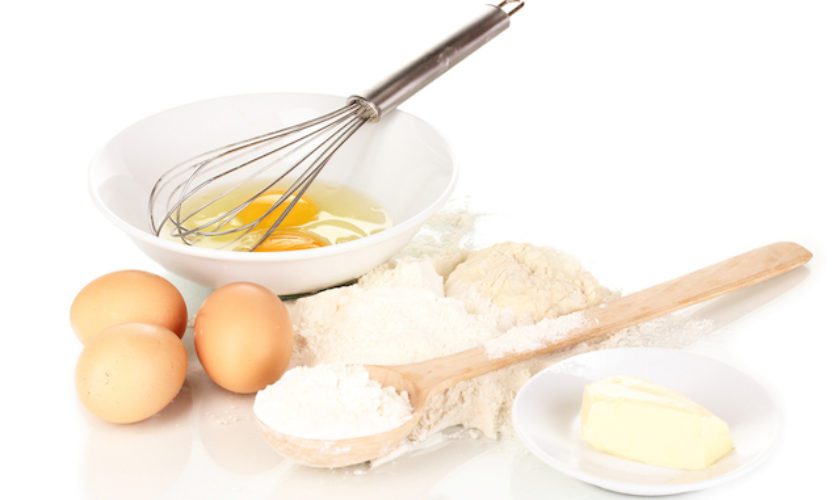 Johnny Bread originated in North America, but given the simplicity and ease of baking it, became a popular staple in the Caribbean. There are several variations of Johnny Bread but the Bermudian version is similar to that of the Jamaican; flour, milk, butter, sugar and salt. Like a drop biscuit, the batter is dropped onto a fry pan and fried until crispy and cooked through.

For those who haven’t tried it, Johnny Bread resembles a cross between biscuits, scones and pancakes. If you can imagine something in between the three of those, you’ve got Johnny Bread.

Lightening up Johnny Bread is possible, but an important distinction is that we are making it healthier rather than healthy. It strays on the side of naughty nutrition, what we describe as being nutrient dense but generally appropriate as an occasional indulgence. To lighten up this recipe I made a few changes to ingredients and measurements. First, we swap white refined flour for a blend of almond flour and all-purpose gluten free. The almond flour will provide good quality plant protein and reduce the amount of carbohydrates (glycaemic load). Next, we reduce the sugar and swap margarine for an excellent quality organic butter (or coconut oil, dairy free butter). Finally, whilst we still cook these in a hot cast iron skillet, we bake them instead of frying them to keep a watchful eye on how hot the oils get to avoid oxidisation.

This recipe is also gluten and dairy free. If you enjoy dairy, I would opt for a good quality organic butter. Enjoy!

Preheat the oven to 375F and place a large cast iron skillet in it.

In a large bowl, mix the baking powder, almond flour, GF flour blend and sea salt. In a separate bowl, whisk the eggs until frothy. Add in the plant milk, melted oil, sugar and maple syrup. Whisk until combined and pour over the dry mix. Mix until combined and dough-like.

Dust a clean surface lightly with flour. Grab a spoonful of dough in your hands and cover lightly in flour. This makes it easier to work with. Once covered, roll evenly into a ball and press into a circle. Mine were about 3 inches wide and ½ – 1 inch thick. They’ll increase in size in the oven!

With proper heat protection remove the cast iron skillet from the oven. Drop a tbsp. of oil into the pan and let it melt. Add as many Johnny Bread circles as you can get to fit and pop into the oven. Allow to bake for about 4 – 6 minutes on each side. Repeat until you’ve baked all six.