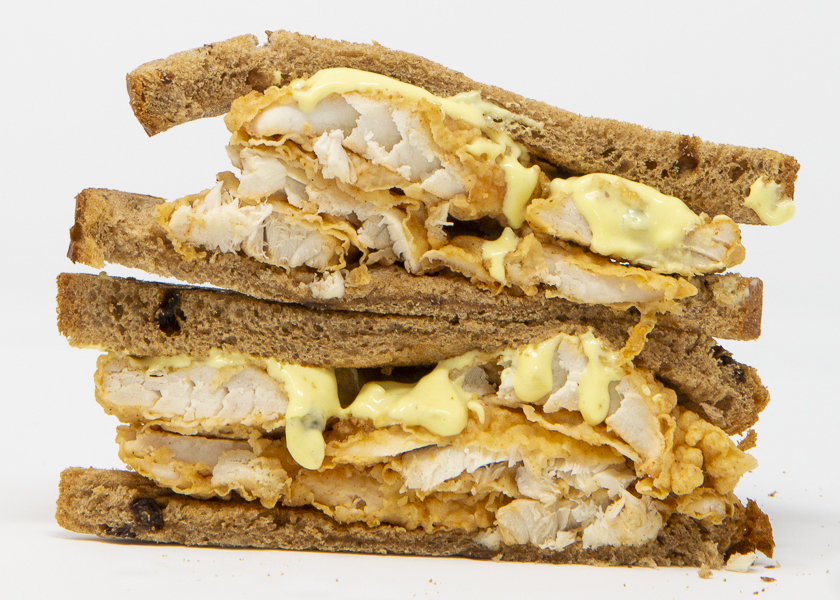 The Definitive Guide to Eating and Drinking in Bermuda

You can’t visit Bermuda without experiencing the island’s food culture. Being that Bermuda is situated in the middle of the Atlantic, it’s no surprise that much of Bermuda’s gastronomy includes local seafood (like fish and lobster!) and most of our libations include a heavy dose of rum. Here are our top picks for what to eat and drink in Bermuda.

Enjoy a Dark ‘N Stormy
It was a dark and stormy night when the Sea Venture wrecked upon the Devil’s Isles, resulting in the colonization of Bermuda, and it’s a Dark ‘n’ Stormy tradition that Bermudians enjoy 400-plus years later. Made with a devilishly delicious combination of Gosling’s Black Seal Rum and ginger beer, Bermuda’s national drink has been the cause of many births, lost bets and plain drunken shenanigans. In fact, Dark ‘n’ Stormies are increasingly popular on the East Coast after American sailors took the famous recipe home along with the excuse “blame it on the Black.”

Have a Swizzle at the Swizzle Inn
Number-one competitor of the Dark ‘n’ Stormy, the rum swizzle was invented in the mid-eighteenth century as a way for locals to enjoy a tipple, forget their identity and take the following day off work. More than 200 years later, Bermudians quaff the drink for the exact same reasons. Although most locals have their own version of the recipe, there’s no swizzle like the one served at Swizzle Inn in Bailey’s Bay. But it’s not just the rum swizzle that’s drawn locals and visitors to the Swizzle Inn. It’s the writing on the walls! If you’re not already a regular, now’s the time to become one and make your mark. Perhaps you can get your name on the wall of champions by besting someone named Jason, who drank 30 glasses of swizzle in one sitting.

Eat Fish Chowder Garnished with Sherry Peppers & Black Rum
Legend has it that Bermuda fish chowder is as old as Bermuda, having become a diet staple of the Sea Venture survivors who unexpectedly landed upon our shores in 1609. Although no longer essential to survival, Bermuda fish chowder is frequently referred to as our national dish, and it isn’t complete without the addition of sherry peppers and black rum. Although many men contend that their mothers cook the best fish chowder on the island, it is incontestable that the best place for fish chowder is The Lobster Pot, which has won numerous best-fish-chowder awards over the years in our annual Best of Bermuda Awards. If any person can think of a reason not to enjoy a bowl of Bermuda fish chowder, he is, quite simply, un-Bermudian.

Dig into a Cassava Pie
Long before codfish cakes and Gosling’s Black Seal Rum, a Bermudian tradition was born: the sweet and savoury cassava pie. The first settlers grew cassava, which originated in South America, and continued use of the staple culminated in the delicious dish that Bermudians consider as traditional as roast turkey on Christmas. Around the holiday season, cassava pie will be available for purchase at The Supermart on Front Street. You can choose to eat cassava pie with meat inside or without.

Eat a Codfish Cake on a Hot Cross Bun
It doesn’t get any more Bermudian than a codfish cake on a hot-cross bun. This delicious combination is something every Bermudian looks forward to on Good Friday. Well, every Bermudian except Dale Butler, the Master of Codfish Cakes himself, who told The Bermudian in 2011, “I prefer to eat the cake alone, bread is too fattening for me. I will try just one bun for tradition’s sake.” For the rest of us, a couple more inches to pinch is a small price to pay for such a delicious tradition.

Devour a Fish Sandwich
Fish sandwiches are iconically Bermuda and without a doubt, Bermudians make the best fish sandwiches in the world. Sliced raisin bread is topped with battered and fried local fish, lettuce, tomato and cole slaw and dripping in homemade tartar sauce. And while it seems that the construction and ingredients of the sandwich is standard, in fact, the sandwich can vary depending on where you get it from. Art Mel’s has always been a Best of Bermuda Award favourite but other well-loved establishments serving award-worthy fish sandwiches include Woody’s, Mama Angies, Sea Side Grill, Cafe Olé, Fish N Tings, Rosa’s and Wahoo’s.

Dine on Fresh Lobster
During the time between September and March each year, many local restaurants carry lobster and serve it baked or thermidor, but you can also enjoy it in bisques, pasta, ravioli and salads. For delicious lobster, try Wahoo’s Bistro & Patio, The Lobster Pot, Beau Rivage, Henry VIII, Barracuda Grill and Coconuts at The Reefs.

Start the Day with Codfish & Potatoes
Synonymous with Sunday morning breakfast, codfish and potatoes is simple yet delicious and really tells the story of Bermuda in a gastronomic way. During the 18th century, Bermuda imported a lot of salted cod, which Bermuda’s slave population enjoyed because it was delicious, inexpensive and could keep for a long time. The meal evolved to include other foods that were readily available in Bermuda and inexpensive to obtain: banana, avocado, boiled potato and boiled egg. Each food is placed on a plate individually and the whole meal is topped off with tomato sauce, onion sauce, egg sauce or mayonnaise and most Bermudians mash up the whole thing and eat it in a combined mixture. Who serves the best codfish and potatoes? Island Cuisine in Southampton has won the Best of Bermuda Award several times for their delicious codfish breakfast.

Sweeten it up with Loquat Jam
The small yellow fruit grows wild in Bermuda and is ripe for picking in February and March every year. Sweet and juicy, locals simply love loquats and it’s not uncommon for individuals to make numerous jars of loquat jam to enjoy throughout the year. If you’re lucky, you can find jars of loquat jam at various gift stores in Hamilton and Dockyard.

Dig Into Yeasty Popcorn
Bermudians love popcorn and we cover ours in a healthy coating of nutritional yeast. The nutty flavor of the yeast pairs perfectly well with the saltiness of the popped corn and some even take it a step further and sprinkle sugar on their kernels too. Glam Pop is perhaps the best well-known brand of popcorn on the island but Duke’s Delight is delicious too!

Keep it Cool with a Snowball
During the summer months when the humidity is high and the heat is relentless, an cold snowball doused in sugary syrup is the way to go. Everyone in Bermuda has their favorite snowball stand and their favourite combination of syrups but it really doesn’t get more Bermudian than free snowballs in Cup Match colours being handed out at HSBC on Front Street the day before the start of the cricketing holiday.