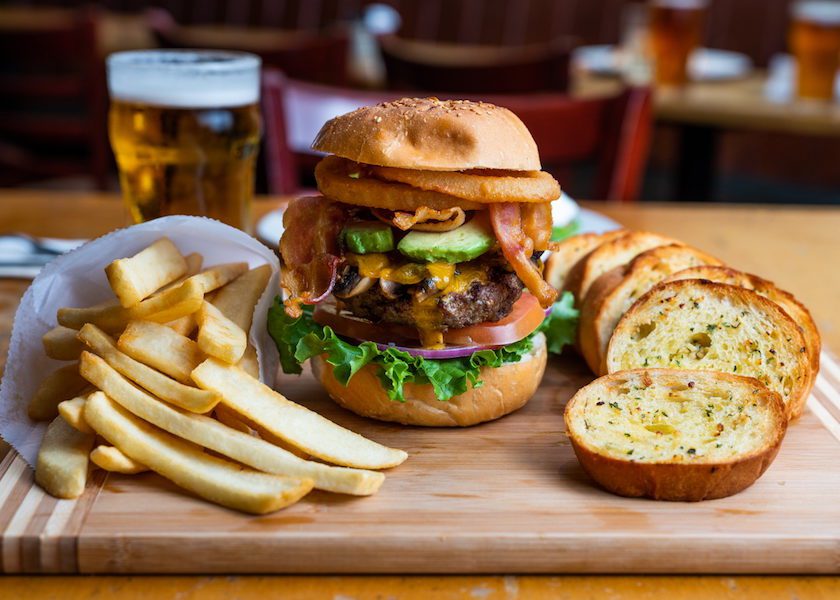 Tucked away on Richmond Road away from the bustle of Front Street, the Robin Hood Pub & Restaurant is a top choice for locals looking to catch some sports action or grab an inexpensive bite. The name alone tells you all you need to know. They are the restaurant and bar industry outlaws, providing sustenance to the public at affordable prices, in the fight against inflation.

First-timers often make the mistake of correlating menu prices to food quality, but do not be fooled. Robin Hood’s food stands out among the best when it comes to casual dining. The eclectic menu leaves options for everyone, from Robin Hood’s renowned pizza, to their signature Biryani curry made using locally caught fish. Pub staples like burgers, sliders, fish and chips and steak are also on offer, along with expertly fried chicken wings. Take-out is available, and breakfast is served all day, allowing diners to eat their hearts out!

Founded in 1971, Robin Hood has a large group of dedicated regulars who visit several times a week for drinks and watching football, dinner, or their famously difficult weekly Pub Quiz, held every Tuesday at 8pm. The most numerous of them are the football fans, who show up every weekend to cheer on their respective Premier League teams and yell advice at one of their many flat-screen TV’s, including a large, central projection screen. Many of them also return for the monthly Fifa Tournament, held on the last Wednesday of every month at 7pm. Robin Hood also hosts bi-monthly Open Mic nights taking place every other Saturday from 10pm onwards, and weekly Latin Nights featuring the sounds of Merengue, Bachata, Salsa and Soca music played by house DJ, Travis Gilbert.

Though it is affectionately known as “the Hood”, the atmosphere at Robin Hood is safe and child-friendly, and one of the few bars on the island where one can legitimately claim “everybody knows your name.” Bar manager Kamla Battersbee, restaurant manager Zak Mohamed, and the host of other bartenders and waitstaff are always there to greet you with a smile or a playful joke. Stop by for any of their wide variety of international beers on tap, a pizza to-go, or host your own private function in their private room upstairs. The food, free wifi, and friendly service will surely keep you coming back.