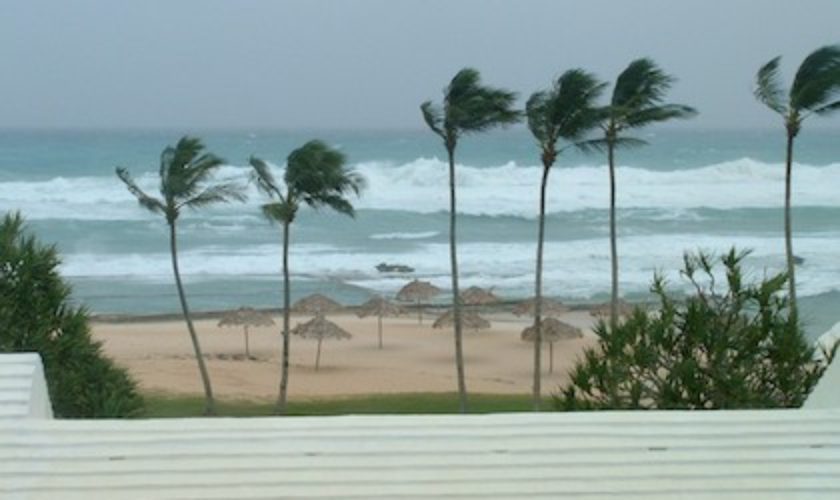 With Faith, A Return to Former Glory

FOR almost six decades, Ariel Sands had been a symbol of tourism’s golden age in Bermuda, catering to both high-end travellers and everyday Bermudians just out for a good lunch. But its closing in 2008 underscored the Island’s fading status as a premier destination in the world’s collective conscience.

Left behind were nothing but bones, a collection of abandoned and storm-blown cottages built by the Dill family in 1954, left to rot with every other resort that fell victim to an industry on the decline for more than a dozen years.

On Wednesday, six years after it was shuttered, cars lined the road leading up to Ariel Sands like they did in days gone by. But the rush was not over a good table at brunch, although finger sandwiches were available. Instead, a coterie of dignitaries, politicians, and businessmen were gathered for a ground breaking ceremony, led by actor and property developer Michael Douglas, part owner of the land that has been in his family since the 1840’s.

Spearheaded by Douglas, the Dills are undertaking the redevelopment of Ariel Sands to resurrect the property as an 86 key resort with 33 cottages and six suites. With the help of an intense and shrewd New York developer, Seth Weinstein of Olympic Property Partners — specialists in “transforming undervalued real estate into financially successful projects” according to the company’s website — the new Ariel Sands Hotel Cottage Colony is scheduled to be completed by 2017.

Among the assorted suits, Bermuda Tourism Authority CEO Bill Hanbury spoke with sanguine expectation of a development he hopes will be a harbinger of economic resurgence.

“It’s a very important day for us,” said Hanbury. “One of the most magnificent pieces of property on the island is finally going to get redeveloped. It’s a confidence builder. Developers are serious now about Bermuda.”

“One of the challenges we’ve had is that in the last 20 years or so, Bermuda in some respects has turned it’s back on these kinds of projects, and you can see what’s happened because of that. We’ve been in steady decline. These are the kinds of products that the global tourism industry wants, that the global marketplace demands.”

The planned resurrection of Ariel Sands represents a return to lost ideals. It is an open embrace to the crowd Bermuda forgot, a harkening back to days when cruises arriving from Bermuda were reported in the New York Times, when strange memories of College Weeks plagued nervous Dartmouth students and Limestone Cowboys sat astride mobilettes, channeling The Cooler King.

“I think it was the former tourism minister Jim Woolridge said, ‘You can’t cater to the hamburger and hotdog crowd alone,’” said Premier Michael Dunkley.

“We have everything it takes to get the revenue we require, but you’ve got to market to that crowd, and I think we took our eye off the ball for many years. Now we’re back focussing on it again.”

“It also helps to have the lure of Michael Douglas and Catherine Zeta-Jones,” he added.