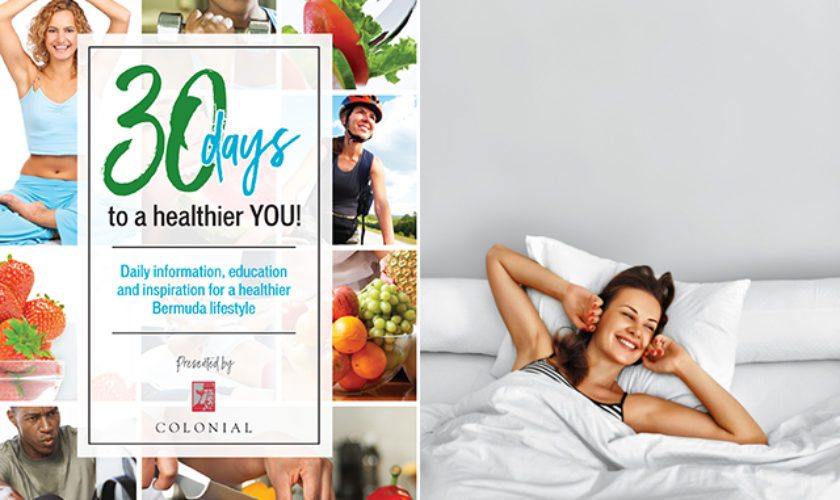 “Sleep,” she says, “ranks No. 1.” Coming from the founder of the Huffington Post website, which famously helped fuel our ever-connected culture, it’s an especially bold statement.

Huffington, 65, whose offices are now outfitted with nap rooms, and who does not require employees to be on email after hours, has come to see sleep-deprivation as an emblem of stupidity, not success. Gone are the days when employees are congratulated for working 24/7. “That’s the mental equivalent of congratulating someone for coming to work drunk,” she says. “When people come to me and say, ‘Ach, I’ve been working around the clock,’ I say to them, ‘That’s so sad. Why are you so disorganized? Why are you managing your life that way?’”

Huffington’s own wake-up call came in 2007, after she collapsed from exhaustion during the crazed early days of HuffPo. In addition to spreading her sleep gospel on the site and in a new online course on oprah.com, the single mother of two grown daughters is writing a book on the importance of sleep (April 2016).

Huffington is not the only one touting sleep’s superpowers. Researchers have found connections between sleep and heart disease, high blood pressure, diabetes, depression, poor memory, weight gain—and even shortened lifespan. According to a study published earlier this year by the American Psychological Association, sleep has been proven to be the single most important factor in predicting longevity.

Given the good news about sleep, statistics about American sleep habits are particularly alarming. According to our recent Parade poll, 95 percent of respondents wanted to get more sleep, yet 38 percent reported getting five hours or less of sleep each night.

So, what can the 15,000 people who responded to our poll learn from Huffington about sleep? Almost every night, this media mogul, author of 14 books, TV personality, TED talker, political activist and mother of two clocks a good eight hours of ZZZs. (And, no, she doesn’t take any sleep meds, unlike 60 percent of the respondents in our poll.) Here’s how she does it.

1. She knows her sleep IQ

Through trial and error, Huffington has learned that she needs a solid eight hours of sleep, so she tries to go to bed by 10:30 or 11 p.m. “My day starts the night before. What time I go to bed depends entirely on what time I need to get up.”

2. She has a routine

It’s essential to have wind-down time—“something to say we are now turning off,” Huffington says. It can be a long shower, maybe meditating—whatever works for you. She turns off all her digital devices, takes a hot bath with soothing bath salts and a flickering candle, puts on her nightgown, and reads a little from an actual old-fashioned, non-digital book.

3. She has a no-device rule

You will not find Huffington checking her phone before bed. In fact, she has given old-fashioned alarm clocks as gifts to inspire friends and colleagues to not use their smart phones for wakeup calls. “I like to say, gently escort all your devices into another room,” she says. Charging your cellphone elsewhere removes any temptation to check it once you’re under the covers—and it eliminates that electronic glow, which can keep you awake. Computer light obstructs the body’s production of melatonin, which promotes sleep.

Getting more sleep may mean not watching your favorite show or getting through your latest batch of emails. The point is, “It’s within our control,” Huffington says. For her, it means not knowing the latest dark twist on House of Cards or excusing herself from dinner with friends a bit early. And she follows this common-sense rule: Don’t burn the candle at both ends. “If you’re going out partying one night, organize your life around what time you go to bed the next night.”

5. She keeps it cool

Studies show that a slight drop in room temperature helps us go to sleep and sleep well. Huffington doesn’t like running air conditioning in her bedroom while she sleeps, so she runs it during the day to get the room cooled down.

Experts say even a short nap can go a long way in recharging the body. The good news: More and more enlightened companies and colleges, including the Huffington Post, Google, Procter & Gamble, Facebook and the University of Michigan in Ann Arbor, provide sleep pods, nap rooms or cots for a rejuvenating snooze. Huffington takes occasional naps on her office couch (“that way I don’t occupy the nap rooms, which are always in high demand”).  She leaves the curtains open in her glass office so “it’s clear to the newsroom that far from any stigma being attached to napping, it’s the best thing we can do to recharge ourselves.”

For Huffington, the payoff from getting enough sleep has been enormous. “When I’m sleep deprived I find I’m not as joyful,” she says. “Now I love feeling grateful for everything in my life.”