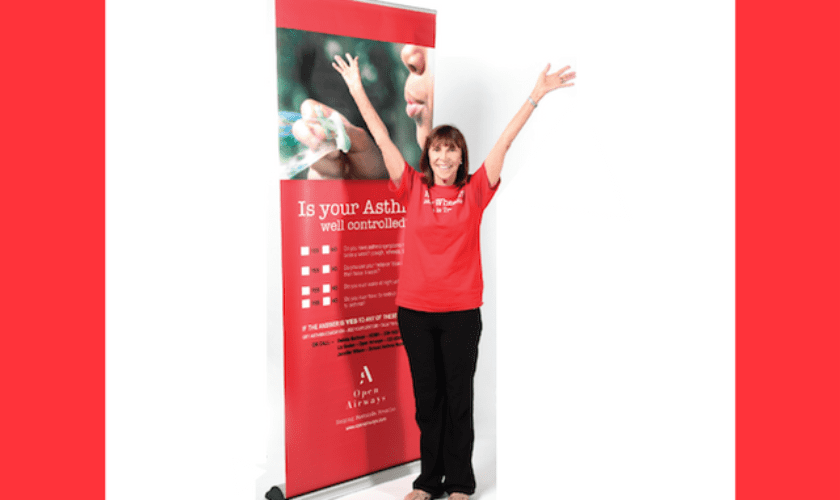 Over two decades ago a little boy named Christopher overheard nurse Liz Boden talking to his mother about the growing asthma problem in Bermuda. When he heard Boden say there were asthma-suffering children in Bermuda without proper beds to sleep in, he mulled over this terrible thought and decided he wanted to help. After doing a little extra work around the house he earned ten dollars to donate to this worthy cause, and off he went to take this money to Boden.

Only seven dollars and fifty cents actually made it to Boden, however, as little Christopher was unable to resist the tempting candy he saw in a shop along the way. Still, this was the very first donation that Open Airways received. This year, the Bermuda registered charity celebrates its 20th anniversary.

Open Airways is dedicated to improving the health and well-being of over 8,000 people in Bermuda whose lives are affected by asthma and other long-term breathing difficulties. Approximately one in five children and one in ten adults in Bermuda have asthma.

“Asthma is a genetic condition, and in a small community the asthma/allergy gene will be shared more easily,” said Open Airways founder Liz Boden. “The warm climate with high humidity encourages the growth of mould and dust mites in our homes and work places. Our island is beautiful, full of trees, flowers and grasses—it is more like a large botanic garden—which is not ideal for people with asthma and allergies.”

Boden herself has suffered from severe asthma all her life, which is what brought forth her boundless passion for helping other asthma sufferers. As a child she was constantly in and out of the hospital because at that time there were no preventer medications, only treatments.

In 1990 she heard about an Asthma Diploma Course where she could study in Bermuda for six months and then take two days’ worth of exams in England. At this time about a quarter of a million people were dying from asthma each year.

“In the early 1990s asthma education was in its infancy,” she said, “and there was a lot of excitement around the world about the new way of thinking about asthma care…The goal is control. The patient must learn how to manage and fine-tune their treatment according to their symptoms.

“I was very excited with my asthma diploma under my belt, and I thought I would easily be able to help everyone in Bermuda. How wrong I was! I had no idea the size of the problem!”

People poured through the doors of her office reaching out for help. Boden quickly realised there was a great need for more health professionals with specialist asthma training.

Today Open Airways consists of five staff members who continuously labour to help Bermuda, and their efforts have yielded an astounding 76 percent decrease in asthma-related hospital admissions. Open Airways has also trained 287 doctors, nurses, physiotherapists and pharmacists to Asthma Diploma level, helped to establish the Asthma Education Centre at KEMH, worked with the Department of Health to establish an islandwide school asthma education programme, and initiated the Pillows for Prevention programme in which every child with asthma gets a new pillow every year. Open Airways also distributes spacer devices to ensure proper use of inhalers and works with the Department of Social Services to help disadvantaged families who have asthma by buying them beds and improving the home environment.

While the future indeed looks positive, Boden says there is still much work to be done. While asthma-related hospital admissions are down, emergency room visits have increased alarmingly. This points to failed asthma management, such as taking preventer medications and having a personal asthma action plan. These are all easy fixes, Boden says, if people only knew.

“This is the easiest job I have ever had,” she said. “Asthma is easy to control! It’s all about education. Bermuda is such a special place. I love seeing people wherever I go and hearing that they are now breathing freely.”