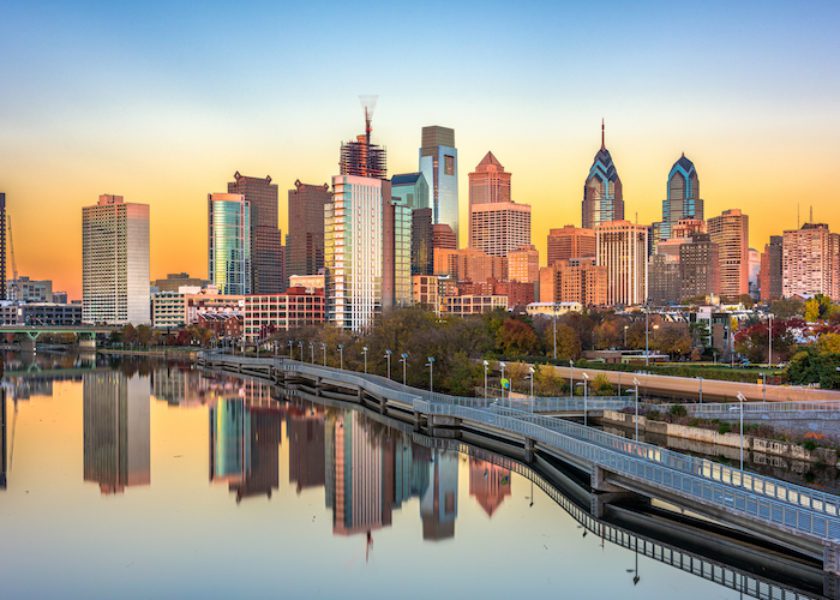 Dawn Jackson’s transplant journey began in 2001. That’s when this now-41-year-old Philadelphia native, mother of two and grandmother of one, had a routine check-up with her primary care physician. After discovering that her creatinine levels were high—indicating a problem with her kidneys—Dawn’s physician referred her to a nephrologist at Jefferson, which Dawn says is her family’s longstanding hospital of choice.

Though she visited the nephrologist several times, she wasn’t convinced she needed to: “I thought they were crazy because I didn’t feel sick. So I ‘disappeared’ for two years.” When Dawn returned to her family doctor for sinus problems, she says he took one look at her and realized something was wrong. “He told me my skin was pale, and I was clammy,” Dawn remembers. “He asked if I’d been seen by my nephrologist recently, and when I said ‘no,’ he called her right away.”

By then, Dawn learned, she had late-stage chronic kidney disease, and in September 2003, she began peritoneal dialysis (PD). Early in 2004, she went on the list for a kidney transplant—but continued with dialysis while waiting for an organ.

“For me, PD was better because I work full time,” recalls Dawn, who has been with the Philadelphia Parking Authority for two decades and is currently director of customer service. “I could do the daily dialysis treatment at night while sleeping, so it really didn’t interfere with my life. I could still travel as long as I had my supplies.”

In 2008, Dawn’s condition required her to switch from PD to hemodialysis (HD)—and that change had cascading impacts on the quality of her life: “With HD, it was only three times per week, but it was set days and times,” she notes. “I found that more confining. Also, I didn’t travel because I wasn’t comfortable with someone I didn’t know doing it.”

HD also affected her ability to do her job: “I felt myself changing. I’m normally pleasant, but I couldn’t handle the stress for awhile.”

While on dialysis, Dawn received calls for possible transplants—several of which turned out to be false alarms. In one instance, she was even admitted and ready for surgery, only to find out that the kidney could not be accepted. So when Dawn got a call in July 2009 as she was on her way to dialysis, she took the news in stride.

“They told me they might have an organ for me,” Dawn says. “I decided to go on to dialysis, and after that, I was going to get my hair done.” But by the time she finished her HD treatment, it had become clear: She would be skipping the hair salon and heading straight to Jefferson for her long-awaited surgery. (“I looked a mess—but it was worth it!” she laughs.)

Dawn received a kidney transplanted from a deceased donor who had recently died of a debilitating neurological condition. Following surgery, Dawn expressed her gratitude to her donor’s family through a personal letter. Just as importantly, Dawn lauds the entire team at Jefferson that supported her through PD, HD and transplantation—particularly Linda Wright, RN, and surgeon Adam Frank, MD.

“They just make you feel comfortable—like family,” Dawn says. “I felt really confident in [Dr. Frank] because I knew he wasn’t rushing to take any kidney. I was on the list for awhile, but he wanted to find the best match that he could.”

The team’s experience, patience and persistence are paying off for Dawn, who notes that she’s coming up on six months after her transplant—and she hasn’t had a single problem or complication. She hasn’t even had to return to dialysis.

Today, she is thoroughly enjoying life and anticipating her return to work: “I feel great now,” she notes. “When I look back, I can see where I did feel depressed and I was tired all the time. I was able to get to work every day, so I didn’t think I was sick,’ but now I have so much more energy.” She says the transplant has also been a blessing and a relief to her husband and sons.

In reflecting on her experience, Dawn encourages others to consider Jefferson for transplantation: “They’re really there for you. It’s a caring hospital,” she explains. “The staff is great. They made me comfortable because they’re so experienced. If you have any questions, they will answer them for you.”

Dawn also wants to convey an important message to individuals and families: Consider becoming organ donors, and be sure to discuss your wishes with your family.

“I used to always say ‘I would never donate my organs,'” Dawn recalls. “But now that I understand the process, I’m so grateful that everyone doesn’t feel like I did. Now we are all donors—my mother, my aunts, uncles, and siblings.

This post is in paid partnership between Philadelphia International Medicine and TheBermudian.com.