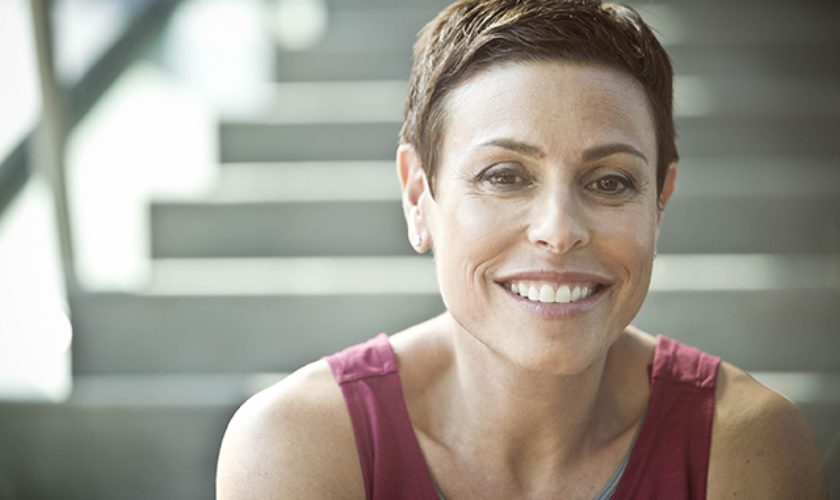 Fighting Against Her Cancer Roots

Linda Snow had done more than most women to decrease her risk of getting cancer. She got genetic testing. She ate healthy and stayed active. She underwent not one, but two double mastectomies and a hysterectomy.

And yet, there it was.

“I was driving on the highway one day, and I got a call from John Hoffman, my longtime doctor at Fox Chase,” Linda said. “I said, ‘Doc, give me the good news. He said, ‘I can’t. You have breast cancer.’”

A Proactive Approach to Preventing Cancer

Like many adoptees, Linda was always interested in finding her birth parents – her mother in particular. And, at the age of 30, she found her.

“When I found her, I was told she had passed away of bilateral breast cancer. She was 47. Her husband put me in touch with her doctors, who recommended I get genetic testing to determine my cancer risk. That’s what initially brought me to Fox Chase,” Linda said.

The Maple Glen, Pennsylvania native met with Mary Daly, director of the Risk Assessment Program at Fox Chase Cancer Center, who reviewed her birth parents’ family history and conducted a test to determine Linda’s chance of getting cancer.

The results showed Linda had a BRCA1 gene mutation, which greatly increases a woman’s risk of breast and ovarian cancer.

“It wasn’t surprising to me, given my birth mother’s cancer history, but I still felt scared. I kept trying to focus on the fact that I was at the best place I could be,” Linda said.

Dr. Daly recommended Linda undergo a double prophylactic mastectomy, a surgical procedure to remove both breasts. According to the National Cancer Institute, women who test positive for the BRCA1 mutation can reduce their chance of getting breast cancer by as much as 95 percent by undergoing a prophylactic mastectomy.

“I came out of the double mastectomy thinking that I had reduced my chances even lower,” she said. “I knew there was always a chance of getting cancer because the genetic mutation is in every one of my cells, but I felt really good about it.”

But, the surgery didn’t go as planned. Because Linda had not been diagnosed with cancer, her health insurance restrictions required her to undergo the procedure at a local community hospital. The surgeon had left too much breast tissue behind, which still left Linda at risk.

So, in 2009, Linda had a second surgery to remove the remaining tissue, as well as a prophylactic hysterectomy to reduce her risk of ovarian cancer.

This time, Linda thought, she was in the clear.

The procedures eliminated Linda’s need for annual mammograms, but she continued to perform regular self-exams. One day in 2012, she found a small lump under her left underarm in the shower.

She immediately contacted her longtime doctor at Fox Chase, John Hoffman, hoping it was a swollen lymph node, but she feared the worst. After a biopsy, Dr. Hoffman confirmed Linda had triple negative breast cancer.

“My first thought was, ‘Oh my God, you’ve done everything you could possibly do to prevent this, and now you have cancer,’” Linda said.

She allowed herself a few brief moments of emotion before springing to action. Ever the fighter, Linda said she rallied herself through words of affirmation.

“You’re going to figure this out.”

“You’ve got cancer. What do you have to do to fix it?”

A Determination to Fight

When Linda completed chemotherapy, she was joined by her surgeon, Dr. Hoffman, to ring the bell, a tradition that symbolizes the end of treatment.

As soon as Linda got her diagnosis, Dr. Hoffman came up with a treatment plan and began setting up appointments with a team of breast cancer specialists at Fox Chase, including surgeon Marcia Boraas, radiation oncologist Penny Anderson, and plastic and reconstructive surgical oncologist Sameer Patel.

“After I found the lump, Dr. Hoffman became my quarterback in lining up my other doctors. I refer to him as QB1,” Linda joked.  “Having all my doctors in one place at one time communicating with each other about my care was really important to me.”

Linda started her cancer treatment with a lumpectomy followed by a course of chemotherapy.

“I was really upset about losing my hair during chemo,” Linda said. “It was so minor in the whole scheme of things, but I had long hair and I didn’t want to lose it. So, I got a buzz cut before I started chemo, and it was actually quite liberating.”

Dr. Anderson began a 30-day course of radiation therapy with a group of radiation technologists whom Linda called her “dream team.” Linda talked about Monica Domenick, BSN, RN, OCN, a breast cancer nurse who works with Dr. Boraas, and said Monica’s support throughout her treatment and post-treatment was “amazing.”

And, to both manage the stress of her treatments, and exhibit control over her uncontrollable situation, Linda switched out her regular cardio workout routine with high intensity interval training using P90X.

“It became my goal to work out every single morning before going to radiation. And I did,” she said.

Linda pushed through her treatments, and today, is living cancer-free, crediting her survival to coming to Fox Chase from the start.

“Where you start your cancer journey really does matter. You’ve got to act with a sense of urgency because it can mean the difference between life and death,” Linda said.

“I unequivocally believe that I am alive today because I chose Fox Chase.”