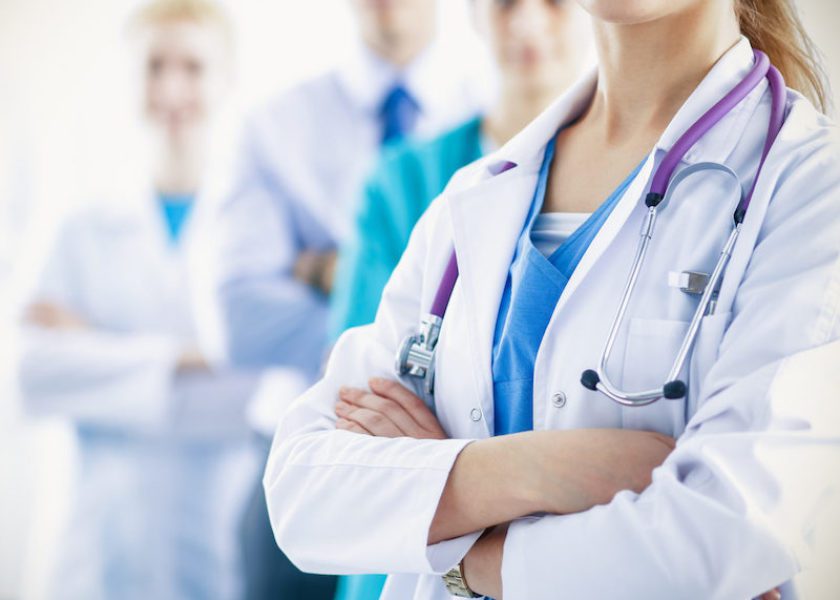 What do you look for in a doctor? I’m guessing competence is right up there, someone who’s up to date, not too intimidating; someone who listens. Is it important your doctor be the same ethnicity as you? Why? How about gender – does it matter whether you’re looked after by a man or a woman? Now let me ask another question – do you think, if you’re having a heart attack, that it’s wrong to ask for the best possible care in the Emergency Room? Should you just accept whatever doctor is assigned to you? Do you have a choice? If you’re a woman, you might want to continue reading.

Last month a study was published in the Proceedings of the National Academy of Sciences, entitled “Patient-Physician Gender Concordance and Increased Mortality Among Female Heart Attack Patients” The authors were from Washington University, Harvard, and the University of Minnesota; two men and one woman. They examined records of heart attack patients in Florida hospitals from 1991-2010. They found that male and female patients had similar outcomes if treated by a female emergency room doctor. But when female patients were treated by male doctors they were more likely to die (13.3 % of women died versus 12.6% of men). That may not seem like a big difference, but when you do the math – about 1500 women cared for by male doctors would have survived had they been looked after by female doctors. What if one of those 1500 was your mother or sister or wife who had taken the kids to Disneyworld on school break?

I found this news shocking. Perhaps I shouldn’t have. Just two years ago a U.S. study showed that elderly hospital patients treated by female doctors had a lower 30-day mortality and lower readmission rate than those treated by male doctors.

What’s wrong with us? Don’t men listen? I put this question to a cardiologist friend of mine on a recent road trip in Ontario. Our wives had set off earlier in a separate car, and for some reason my teenaged daughter decided to join us: two cardiologists in the front, she in the back. It was a two-hour drive. My friend and I got to talking about this study. He listened carefully as I recounted the findings. For a long time he didn’t say anything. I thought he must be concentrating on the traffic. Then he said, “It must be because male doctors want just the facts and male patients get right to the point – Doc I have chest pain – so, I think, okay, we’ll check you for a heart attack. Whereas women are like – Yakkity yak, don’t feel quite right, yakkity yak – and you have to wade through all this irrelevant stuff to find out what’s wrong.” I probably would have laughed more convincingly if my daughter wasn’t in the back seat. For once I was glad to see she had her headphones on, lost in some Spotify playlist.

Now let me share something else – most male physicians I’ve recounted this road-trip story to have reacted with a sympathetic chuckle. The female doctors look stone-faced and offended. In medical meetings, where there is a gender mix, these things are treated, appropriately, as matters of genuine concern. But when the meetings have finished you can bet the girl-doctors are having a drink quipping about the insensitivity of men, while the guy-doctors are grouped together down the hall, repeating their own versions of the yakkity-yak story. This is what happens when we convene in groups that think the way we do. An us and them mentality emerges. In fact, as I think about it, that probably accounts for much of what’s wrong with the world.

It’s true that heart attack symptoms can be more difficult to recognize in women than men. Men are more likely to experience chest pain. Women, especially young women, are more likely to experience shortness of breath, nausea, lightheadedness, sweating, fatigue, and jaw, neck, back, shoulder, or arm discomfort. Are female physicians more attuned to this? Maybe. Or perhaps, as the study authors suggest, women patients feel more comfortable advocating for themselves with a woman doctor. Others conclude that women doctors take women patients’ symptoms more seriously.

And then what about the finding that male doctors perform better when they have female colleagues in the department? Brad Greenwood, a study author, speculates that having more female doctors in the ER might mean they’re sharing their experience treating heart attacks in women, making their male colleagues more knowledgeable.

What does all this tell you? It tells me that when discussing and treating gender-specific medical issues (not to mention ethnicity-specific, sexuality-specific, cultural-specific – the list of politically correct flashpoints in 2018 is long) it helps to have a diverse representation of care-givers, not just because we have a diverse set of patients, but because it civilizes, modulates, and elevates the conversation and, by extension, the care we provide.

Some Final Thoughts on Women and Heart Attacks
One habit my wife finds annoying is when I ask a question, then leave the room while she’s still answering it. This is most evident during meal preparation because our kitchen is separate from where we eat. This means some running conversations take place as she cooks and I move between rooms delivering water or cutlery or whatever. My hearing is good enough that I can get the answer (particularly when presented succinctly, if I may say so) while in transit. On my return to the kitchen I continue the conversation, okay, usually with another question. Then repeat. For some reason she finds this behavior rude and dismissive. To me, it’s time management. If I can deliver the potatoes and simultaneously learn whether the cable bill has been paid, then I’m getting things done. Go, Shane, go. On a roll.

When we sit to eat, I ask whether the problem with women heart attack patients might not be men’s inability to listen, but rather women’s inability to recount their symptoms in a concise, persuasive fashion. I know I’m being inflammatory. “No,” my daughter pipes in, “the problem is that men are sexist, and that question just proves my point.” “Perhaps,” I counter, “women are guilty of sexism for assuming that men don’t listen.” Now, wife and daughter together, with volume amped up: “WELL, THEY DON’T!” Okay! Concise, and persuasive. Pass the potatoes, please.

Sooner or later, men discover that a successful marriage depends on communication and listening skills. In the workplace, especially if you’re an emergency room doctor, it appears that saving lives depends on these skills, too. That should be hugely concerning to male physicians everywhere. It’s not enough to robotically recite the latest research. If you lack the skills, patience, or will to figure out what’s wrong with your female patient then you can’t implement the latest research, and you’ve missed the point.

So, what are women to do? When you’re sick and in the emergency room you don’t get to doctor-shop. You trust that whoever’s assigned to you, regardless of gender, has credentials and knows what to do. But you can be your own advocate. Know the “typical” symptoms of a heart attack – chest pain. But just importantly, know the “atypical” ones that are more likely to occur in women – don’t be afraid to say “I’ve heard that (nausea, fatigue, shortness of breath, indigestion – fill in the blank here) can be a warning of a heart attack – do you think that’s what’s going on with me?” Also know about, and ask for, the tests that determine if this is the case (ECG, blood tests, sometimes a stress test).

What has your experience been with doctors? Do you think the problem discovered amongst male emergency room doctors is real or a statistical fluke? Is there more going on that just a deficiency in listening skills? Let me know what you think. Email me at info@ShaneMarshallMD.com.