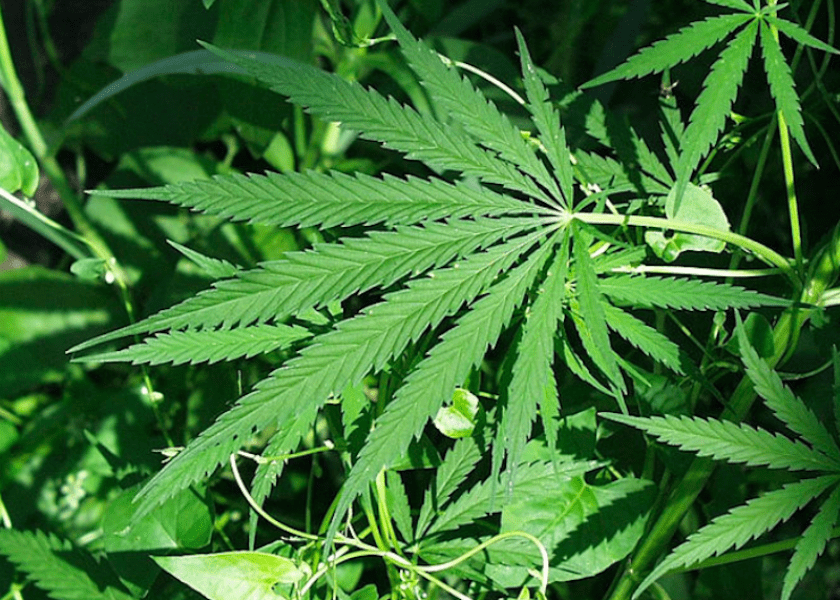 Medical Musings with Dr. Shane Marshall: Marijuana and your Heart

If you’re toying with the idea of trying marijuana, maybe off the street, or maybe the medical stuff, who would you go to for advice? Probably someone who’s tried it a few times. It’s an odd thing about marijuana – when you write or speak about it, people can’t help but wonder what your personal experience is. Patients sometimes comment to me about how calm I seem. I mean, cardiology is a stressful field. Does it make you wonder …? Could Dr. Marshall be toking before work?

I was wondering the same about Dr. Andrew Pipe while listening to his Grand Rounds lecture at the University of Ottawa Heart Institute, delivered on December 5, 2018 about the cardiac effects of marijuana. Not only was I imagining his personal marijuana history, I was fascinated by his name – Dr. Pipe – not to be confused with Dr. Bong who is a fictional genius superhero from the 70’s who wore a bell-shaped helmet, and Dr. GanjaLove, who … well, need I go on? My point is that, when it comes to marijuana, there’s a certain credibility factor if you’ve tried it. Of course, if you smoke it constantly that credibility begins to fade. Still …

Medical marijuana is now legal in 29 states, and recreational marijuana is legal in 8 states, Washington DC, and all of Canada. It’s only a matter of time before Bermuda follows suit. So, with that in mind, let’s talk about spliffs, reefers, blunts, the Mary Jane, or anything else you wish to call it – a fascinating plant laden with fascinating chemicals, the two most infamous being THC and CBD. These are cannabinoids.

A cannabinoid is the name given to the over 100 active chemical compounds found in marijuana. The two best known are tetrahydrocannabinol (THC) which gets you high and cannabidiol (CBD) which has anti-inflammatory, anti-pain, anti-nausea, anti-anxiety, and anti-seizure properties.

THC is the cannabinoid in marijuana that makes you high, sleepy, and hungry. Now you can buy it as THC-infused gummy bears in Boston or chocolate chip brownies in Los Angeles, so it’s good to be aware of what you’re purchasing. CBD (cannabidiol) is marijuana’s other well-known cannabinoid, and it’s purported to keep you awake, increase energy, alleviate anxiety, reduce inflammation, and it’s been used to treat epilepsy and depression. Coca-Cola is in talks with Canadian marijuana suppliers so it can market a CBD-infused Coke which it plans to market as a health and wellness beverage. Another good reason to read labels.

So, you can see – whether off the street, purchased in retail shops in Ontario or Colorado, prescribed by your doctor, or baked into any array of products – marijuana is everywhere. If you have a heart problem, and even if you don’t, there are a few things you should know about how this plant affects your heart.

It appears that when something stimulates cardiac and blood vessel CB1 receptors, it sets into motion tissue damage and atherosclerosis. When you stimulate CB2 receptors it reduces inflammation and promotes tissue healing. It’s complicated. THC preferentially stimulates CB1 receptors in the heart and blood vessels, resulting in tissue damage and inflammation. Not good.
When you smoke marijuana your heart rate and blood pressure increase. This forces the heart to work harder. Furthermore, marijuana burns at a much higher temperature than tobacco, so when you smoke it, you change its composition plus inhale all the products of combustion, like carbon monoxide, which reduce your blood’s ability to deliver oxygen. This increases the risk of a heart attack and stroke while smoking and for a few hours afterwards.
In addition to this short-term danger, studies suggest that smoking marijuana increases the long-term death rate in people who’ve already had a heart attack. There are also reports of increased risks of atrial fibrillation, ventricular tachycardia, and ventricular fibrillation. If you don’t know what those erratic heart-rhythm terms mean, take my word for it, you don’t want any of them.

So, it doesn’t look like there are any redeeming features of marijuana for persons with heart disease. Does that mean it’s really just a young-person’s drug? In fact, smoking marijuana can cause heart attacks even when you’re young and don’t have heart disease. There seems to be an increased risk of death from marijuana especially in young men who smoke and then engage in strenuous physical activity – i.e., the worst thing you can do is ease your nerves with a blunt, then head out to the cricket pitch, swim meet, or road race. Adults, if you think nobody’s doing that, then you risk being even more out of touch than I am.

Well, you may say, if smoking marijuana is bad, then maybe eating it’s okay. Eating marijuana avoids the toxins associated with combustion. But when you ingest marijuana-products the effects take longer to kick in and longer to go away. At least if you inhale it, if you feel unwell, you can stop. When you ingest THC in cookies, brownies, or whatever, if you’re expecting an immediate effect and don’t get it, some people make the mistake of eating more of the product, waiting, still nothing, eat more, and then … whamo, everything hits you at once.

What about synthetic cannabinoids? Are they safer? These products go by the names spice, joker, junk, K2, dream, black mamba, mojo, and aroma, all popularized as “legal” marijuana. I have trouble imagining my patients seeking out this stuff, especially when the real thing is so readily available. Still, it’s worth knowing that synthetic cannabinoids can have 200 times the potency of THC – they increase heart rate and blood pressure, and can cause strokes and heart failure.

So, for those of you who’ve been thinking of using marijuana for this or that, I hope it helps your deliberations when you see things from your heart’s point of view. In its present forms, there’s no compelling evidence to support marijuana use, and a fair bit to be concerned about. The weight of evidence to date is that it should be avoided in persons with heart disease.

A final Thought on Hearts and Marijuana
This is where I offer my personal disclaimers. I’m no expert in recreational marijuana. In fact, I’m a marijuana virgin. One reason I may appear chill in the office is because those three cups of coffee haven’t kicked in yet. But probably the main reason is this: when I was a medical student the one thing that invariably created panic on the wards was a cardiac arrest. I studied cardiology so I could understand how hearts think, behave, and react. Once I understood what it could do, I was no longer afraid of the heart’s power or its limitations.

Back then I was also a little afraid of marijuana. I didn’t know anything about it. My parents made me fear it. As a result, I dodged it and anything else that might compromise my thinking and throw my plans off course. The funny thing is, I never felt like I missed out on anything. Perhaps naively, I thought the world was a super-cool place just how it was. Now time has passed and, although I know a lot more about marijuana, there’s still tons I don’t know. So, the fear is back. Not for myself – I’m too old for that – but for my daughter, nieces, and nephews. It’s a vague background fear, but then that’s the worst kind. The problem is that in its present form marijuana is a crude drug. It’s hard to know what you’re getting, what to expect, and how much of what preparation the Uber driver took before swinging by to pick you up. One outcome of legalization I welcome is the greater research opportunities that will demystify this complicated plant, its many ingredients, and the ways in which certain doses, formulations, and delivery systems may help humans, without putting them in jeopardy.