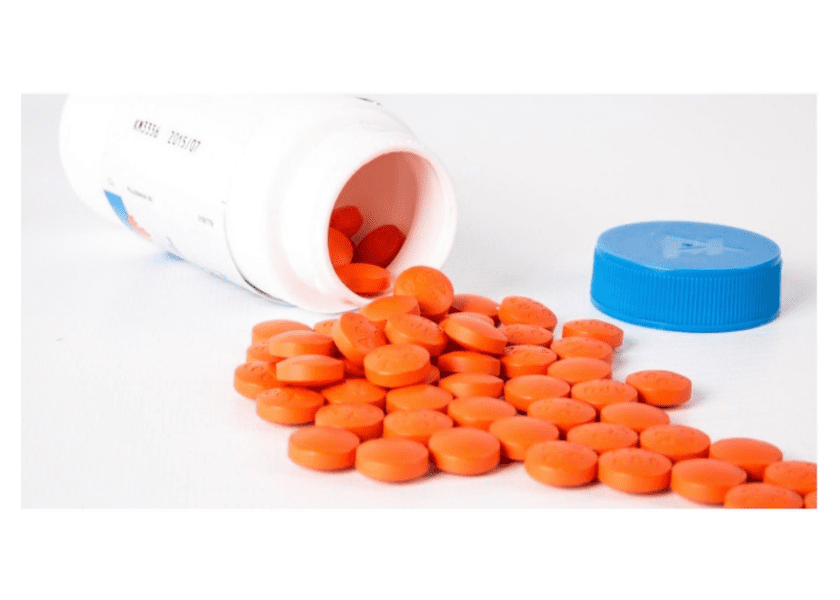 Lettuce is one thing, but what happens when your heart medication is recalled?

What went through your mind when you heard about last year’s romaine lettuce recall? For dozens of people, that E. coli outbreak meant cramps, diarrhea, vomiting, and at least one case of kidney failure. The same week they recalled ground beef, ground turkey, and cake mix. It seems every few days something is recalled. One reason these make the national news is because these days products are so widely distributed that something produced in California or Mexico can, in a day, easily find its way to your plate in Vancouver or New York or Bermuda.

But what happens when you’re chomping on dinner and NBC’s Lester Holt tells you your life-saving blood pressure pill is being recalled? Worse yet, what if your trusted medication is contaminated with a cancer-causing chemical? On November 8th, 2018 the FDA released an alert that a common blood pressure and heart failure medication named losartan, made by Sandoz in a Chinese factory, had been tainted with N-nitrosodiethylamine (NDEA), a known carcinogen used as a gasoline stabilizer and lubricant additive. That recall involved one lot (number JB8192) in which the impurity had been detected. Then, on December 20, 2018 Torrent pharmaceuticals, based in India, issued a recall on some of their losartan pills, also found to contain NDEA.

It’s enough to make you choke on your BLT. To understand what’s happening, it first helps to appreciate how medication gets to you. Everyone knows that generic drugs are cheaper than brand names. That’s because bringing a drug to market is a long and costly process. When developing a new drug, companies apply for a patent which typically lasts 20 years. The first 10 is spent in research and development, before the drug reaches market. Then, the company applies to the FDA for approval to sell the drug. This gives the company the exclusive right to market the drug under its brand name for the remaining years of the patent, allowing the company to recoup expenses for researching the drug and perfecting the manufacturing process. For example, when losartan came out, the patent was held by Merck, and it was only available in its brand-name form, Cozaar. In 2010, when the patent expired, other companies could manufacture the drug, as long as they proved to the FDA they use good manufacturing practices (GMP) and that their version is as pure and stable as the brand name drug. With multiple companies manufacturing one drug, you can see how the same medication you’ve been taking for years may change its shape, color, and taste each time you refill from the pharmacist. It all depends from where your pharmacy gets their drugs.

Some of the Recalled Losartan
Another challenge is that medications go by several names. In this case, losartan potassium is the chemical name. We call it losartan for short, which is its generic name. Cozaar is its brand name, still marketed by Merck. But losartan can also be combined with other medications in one pill – a popular one being losartan & hydrochlorothiazide, marketed by Merck as Hyzaar, but other companies make and market their own generic versions. To add to the confusion, your doctor may prescribe Cozaar or Hyzaar but, unless they specify otherwise, the pharmacist can substitute a generic version from India or China or wherever. That’s not necessarily a bad thing – most of the time it helps you save money. But it’s worth noting that none of the recent recalls have involved the brands Cozaar or Hyzaar, only generics.

The scary thing is, this isn’t the first time we’ve seen recalls for blood pressure and heart failure medications. In July 2018 the FDA issued a worldwide recall of valsartan, a cousin of losartan. They found that drug contaminated with another potential carcinogen, N-nitrosodimethylamine (NDMA), which is used to make liquid rocket fuel. In October, irbesartan tablets were recalled due to contamination with NDEA. Then, in November, some batches of losartan. Is it over now that it’s 2019? Apparently not. On January 3, 2019 Torrent Pharmaceuticals expanded their losartan recall to included more tainted batches.

The FDA states that drug products should not contain NDEA or NDMA. But then, for some perspective (or perhaps for consolation), they remind us that NDEA and NDMA are also found in air, cheese, meat, fish, beer, and tap water.

Until the medication fiasco gets sorted out, the FDA has published “interim acceptable intake” of these contaminants in losartan, valsartan, irbesartan, and their spin-offs, in order to prevent a world-wide shortage of these medications. To give you an idea what they’re talking about, a slice of bacon contains about 0.0175 mcg of NDMA. The FDA currently allows about 5 times that amount in the drugs mentioned. This interim allowance, if consumed daily for 70 years, is predicted to cause an additional 1/100,000 cases of cancer. Okay.

So, what is a consumer to do? My answer to the lettuce recall is easy – just plant your own. I do it in the garden, but if you’re short on space, you can do it in a pot. This way, I know what the lettuce is growing in, I use organic fertilizer, and no pesticides. I know, not everyone lives in Bermuda where you can grow lettuce all winter (not to mention strawberries, broccoli, tomatoes, and onions).

My Answer to the Romaine Lettuce Recall. Ready in Two Months.
But what about medications, for which we have no control over the manufacturing process? Here’s three important points to remember:
Firstly, because medications like losartan are used to treat life-threatening problems, you should continue to take the medication until it’s determined whether you received an affected batch. Do not stop the pills until you speak with your doctor.

Secondly, if you hear of a recall, write down the manufacturer’s name, the drug name, and the Lot number. Look at your pills to see if the name appears on the box or packaging. For instance, in the first losartan recall, the manufacturer was Sandoz, in the second it was Torrent. Then find the expiry date. Next to the expiry date is a Lot number. If the Lot number matches what you’ve written down, it may contain the contaminant. If your pills came in a bottle, and the information is not there, contact your pharmacy and find out the drug’s sourcing. If you have a tainted batch, take them to your doctor or pharmacist.

Thirdly – and it pains me to say this – you cannot rely on your doctor or pharmacist to notify you directly when there is a recall. You have to know the names of your medications (not just brand names but chemical names), what they do, whether they are prescribed as a solo or combination pill, and you have to pay attention to the news. I know, it seems wrong, and it’s a huge task if you didn’t major in chemistry, but you have to do it. Also, you can’t just go up to your pharmacist and tell them “… and don’t give me any of those pills from India or China!” Number one, that’s over-reacting, and number two it sounds uppity and slightly racist. If you can afford it, you can ask for brand names rather than generics.

Some Final thoughts on Medications and Recalls
This volley of recalls shakes one’s faith in Big Pharma. Then the FDA’s response makes you want to emit a fatalist sigh of “oh well, everything causes cancer,” and just hope that science, the pharmaceutical industry, and their policing institutions will sort it out. Some patients have been tempted to abandon pharmaceuticals and go with natural remedies. As one recently said to me, “You never hear about vitamins and natural supplements being recalled.” Unfortunately, there’s a good reason for that, too. Who’s policing those for-profit “natural” enterprises? It turns out U.S. federal law doesn’t require dietary supplements to be proven safe to the FDA’s satisfaction before marketing, and manufacturers don’t require FDA approval before producing and marketing supplements in tablet and capsule form. So what untested, hidden contaminants might be in that line-up of green-bottled supplements on your bathroom counter? Ugh. It’s enough to make you want to get your vitamin C from local oranges and strawberries, E & B-6 from avocadoes, and D from the sun.

Last year, after these medication recalls started rolling out, I subscribed to the FDA Enforcement Report. Now, any time there’s a recall, I get an email. You can subscribe, too. Here’s how: Go to Google. Type in Enforcement Reports FDA. Click on How do I subscribe to the enforcement reports mailing list? The rest takes care of itself. If you don’t want constant FDA emails, you can follow me on Twitter. When I see an FDA alert on a heart medication, I tweet it out. You’ll find valsartan and losartan tweets there already. Don’t worry, you won’t get endless Trump or Kardashian tweets unless you want them, just interesting heart and health-related stuff. Go to Google. Type in Twitter. Make an account. Search for @ShaneMarshallMD. Click Follow. Let’s stay informed in 2019.