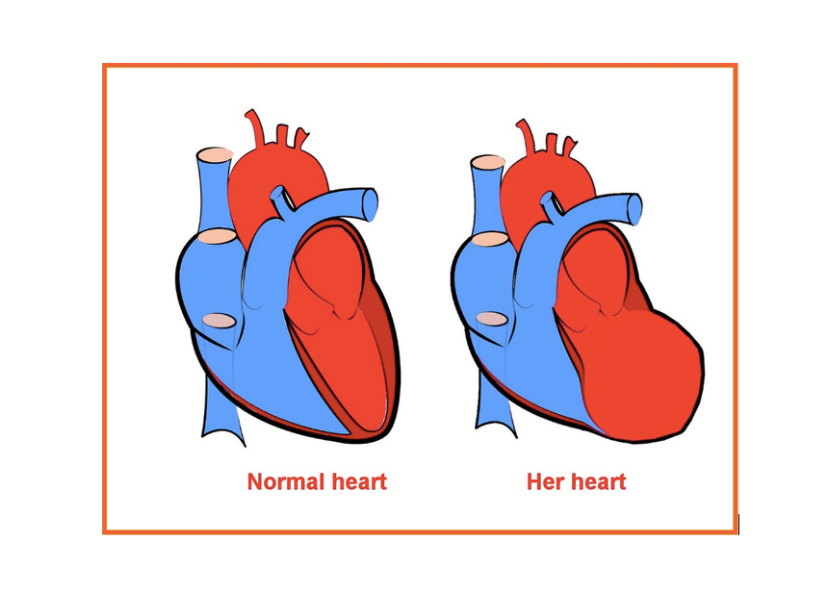 Is it possible to care too much? Can it harm your health? These are questions I’ve been thinking about this week as I listen to patients stressing over one thing or another, usually a relationship with a family member. Some days everyone seems on the verge of a nervous breakdown, and I find myself wondering who will be the next case of octopus pot heart. Yes, you heard right …

Some years ago, shortly after I returned to Bermuda, a 67-year old patient of mine had a cardiac arrest and died. She had already had three heart attacks and, when hospitalized with a fourth, she didn’t make it. Her 33-year-old daughter, an exercise fanatic, was in the gym when I called with the news. We met at the hospital, the two of us standing at her mother’s bedside. As long as I’d known them, mother and daughter were at odds. Although the daughter reliably brought her to appointments, office visits consisted of glares, contradictory reports, and subtle accusations (Mother to me: No, I’m not smoking. Daughter to me: I found a cigarette in her purse). Sometimes they just didn’t speak to each other. So when we were standing there in the hospital, and the daughter suddenly clutches her chest, gasps, and collapses to the floor, my initial reaction was “Really?” When I saw her frothing at the mouth, I changed my tune, went into resuscitation mode, and got her to the ICU where she spent the next 24 hours on a ventilator with drugs to keep her heart going. When we scanned her heart, it had ballooned into a bizarre shape:

It seemed impossible – she was only 33, didn’t smoke, exercised regularly, and didn’t have high cholesterol, diabetes or hypertension. But for all the world, it looked like she’d had a massive heart attack. Because most heart attacks are caused by blocked blood vessels, once stabilized, we flew her abroad for an angiogram – an X-ray of the heart’s blood vessels – only to find her arteries wide open. Thankfully, over the next 3 months she made a complete recovery, and her heart resumed its normal shape and function. So odd.

That was 1991. I was just getting my Bermuda practice up and running. I was trying to assimilate cardiology guidelines from North America where I had trained and the United Kingdom where many of my colleagues were from. Had I been more focused on what was happening in Asia, I might have noticed a little 1990 Japanese report describing the case of a young woman who, while experiencing extreme stress, suddenly collapsed, her heart ballooning into the shape of a pot.

I suppose if you’re a Japanese cardiologist witnessing this for the first time, you’re going to say something like “O watashi no kanojo no kokoro no yo ni miemasu tako-tsubo” loosely translated as “Oh my, her heart looks like an octopus pot.” Well, that’s what someone in Hiroshima said, and the name has stuck. Tako means octopus and Tsubo is a terra cotta pot. Japanese fishermen tie a rope around the pot, lower it into the sea, the tako slides in for a nap, and they haul him into the boat. 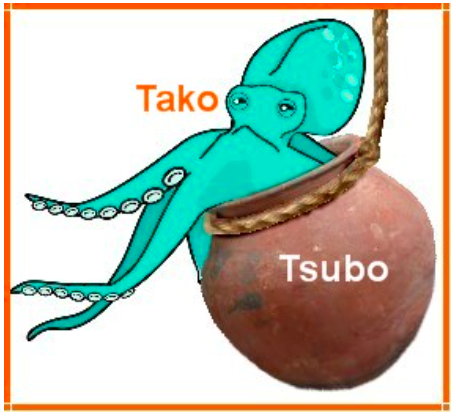 A Japanese Octopus Pot
There are other, easier-to-pronounce, names for this condition – stress-induced cardiomyopathy, apical ballooning syndrome, or broken heart syndrome. Eighty percent of cases are associated with a profound emotional reaction accompanied by an outpouring of stress hormones that cause the heart to malfunction in a way that it bloats into this strange shape. Octopus pot.

What else do we know about takotsubo syndrome? The symptoms can feel just like a heart attack – chest discomfort, shortness of breath, palpitations, nausea, vomiting, and collapse. 90% of cases occur in women. The usual age is between 60 and 75, so my patient was younger than most. It’s not inherited. Sometimes there’s no clear trigger. About 15% will have another episode.

Last month, a study in the European Heart Journal had something new to say about takotsubo’s. Maybe, neuroscientists wondered, since this phenomenon seems so closely linked to emotion, we should look, not just at the hearts of these people, but also their brains. So they did brain MRIs in patients with takotsubo syndrome and compared them to normal volunteers. They focused on the limbic system – the brain parts that control emotion, mood, and also involuntary actions like your breathing, heartbeat and digestion – things that in medical lingo are under the control of your autonomic nervous system. Normally your limbic system handles external stresses, internal emotions, and still regulates those vital parts of your body like your heartbeat that are supposed to function more-or-less automatically. When they scanned the brains of normal volunteers, all the parts of the limbic system lit up at the same time, indicating that they (emotion, mood, heart rate, breathing, and digestion) were carrying on a nice conversation with each other. But in takotsubo patients the various parts of the limbic system were not communicating. They just weren’t talking to each other.

Could this lack of communication in takotsubo brains mean that nobody is regulating anybody? Might this create a situation in which an emotional trigger could cause another part of the brain’s limbic system to over-react – pouring out adrenaline and other stress hormones that result in sudden heart failure? Apparently.

Thankfully, most people with takotsubo’s make a full recovery. Since my first case in 1991, I’ve seen a dozen more. It’s a powerful reminder of what stress can do to the heart.

Do you know someone with Takotsubo syndrome, also known as stress cardiomyopathy? You might want to check out this website. www.facebook.com/groups/TakotsuboSupport

Some Final Thoughts on Takotsubo Syndrome
I’ve been thinking about my takotsubo patients this week, and how they might react to this article. I’ve also been thinking about how close relationships – whether mother/daughter or brain/heart – depend on the optimum health of both parties to function properly. This latest study was met with great fanfare in the medical community because scientists proved there was a connection between brains and hearts. But is that really news? I mean, poets and lovers have been saying that for years.

But mostly I’ve been thinking about my young doctor-self and my initial reaction when faced with a collapsing young woman. Today I cringe with embarrassment that my first thought was disbelief – that in my brain-list of explanations, “auditioning for a reality show” came before “serious heart problem”. It doesn’t make me feel any better when, in 2017, I see a study from the University of Pennsylvania, showing that when a woman has a cardiac arrest in public, she’s less likely to receive CPR than if she was a man.

So now, when I read the conclusion of the takotsubo study authors – “Takotsubo syndrome patients may have a weakened ability to make certain self-relevant decisions” (first of all, what does that even mean?) – it strikes me as another example of gender bias. I think they’re trying to say that when there’s no regulatory control between the brain and the heart, it’s a disconnection with potentially catastrophic consequences. Okay. But the last thing takotsubo patients need to hear is that their brains are less well-connected than normal patients. A big weakness of this study which, to be fair, the authors concede, was that the brain scans were performed after the patient had their heart event. How would you feel after being told that you almost died from a heart problem with a foreign name that came from the way you cope with stress? As a cardiologist, I can tell you it’s normal to undergo a little brain-heart readjustment after any major cardiac event – everybody does. So, before we conclude that women with takotsubo’s have deficient brain communication, let’s see a study of men with heart attacks, and let’s image their brains afterwards and see what’s communicating with what. It wouldn’t surprise me if this sort of brain-heart disconnect turns out to be a temporary post-heart attack phenomenon that everyone experiences. Let’s stay tuned. And unbiased.