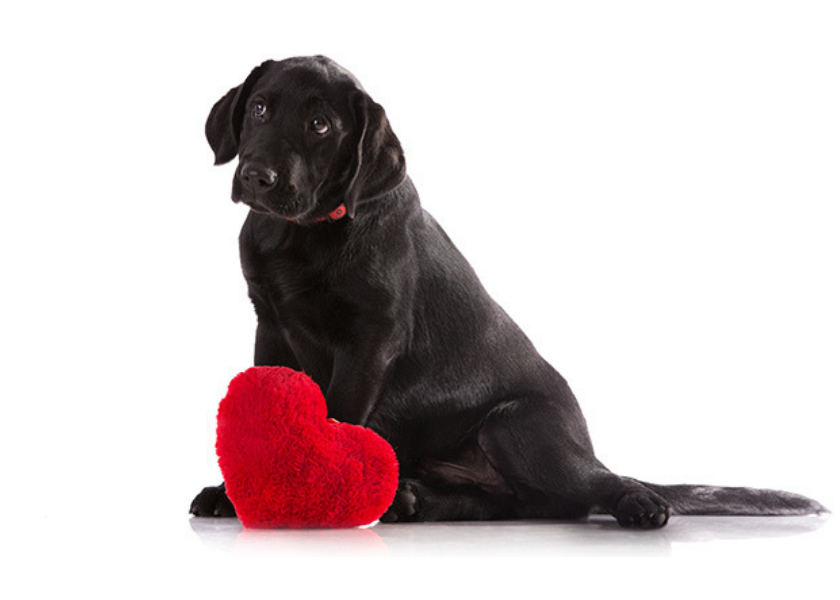 Medical Musings with Dr. Shane Marshall: The Latest on a Powerful Treatment to Reduce Heart Attacks and Strokes

Does heart disease run in your family? What if I told you there was a treatment that reduced your chances of having a heart attack by 36%? What if the same treatment alleviated depression and reduced your chances of dementia? Would you sign up? The usual reaction to this question is, “Yeah, but what is it? What are the side effects?” Or, “Are you going to tell me it’s exercise?” Well, not exactly.

The treatment I’m referring to is pet ownership. In its most powerful form, it comes as a dog. Less effective, but still useful, versions are cats, and there may also be something to say about parakeets and fish.

Last week I had lunch with Goldie. Goldie is reliable, loyal, loves to be fed, and always responds when I call. Rarely has she snarled or snapped back at me. Goldie is not my golden retriever. She’s my former employee. A few years ago she retired from office management and now house-sits for dogs and their owners. As you might guess, Goldie adores animals. The first time she came over for dinner and noticed our pet rabbits (in cages, obviously) she was horrified. She remained composed, but that didn’t stop her from asking some pointed questions, like: Do you take your rabbits for walks? (Answer: Huh?). Do you give your rabbits massages (Huh?). They were awkward questions, but they were enough to make me go to Noah’s Ark, purchase two rabbit collars/leashes and, for the next month, I took the bunnies for hops around the yard. Mostly I did it out of guilt and, to be honest, the bunnies seemed just as perplexed and uncomfortable with the new routine as I was. The only ones who clearly enjoyed the show were the neighbors.

Of course, it’s more orthodox to walk a dog. And, it turns out owning one is really good for your heart. About the time Goldie retired from my practice, a Swedish Scientific Report was published, examining the medical records of 3.4 million people, and it showed that if you had a heart attack or stroke, and your family owned a dog at the time of hospitalization, you were 15% less likely to die over the next 12 years. If you were a dog owner who lived alone, having that dog resulted in even more impressive benefits – a 36% less chance of dying after a heart attack or stroke.

Wow. Goldie and I ordered wahoo sandwiches. While waiting for them to arrive, I asked her what it was about dogs that might account for these cardiovascular benefits. Right away she said, “Oh, the petting – it’s very calming,” then added “And companionship. And exercise. And all that unconditional love. And people love to stop and talk to you when you’re with a dog, so there’s that social interaction you wouldn’t otherwise get.”

Goldie and Roo
Everything Goldie said supported what scientists (after many research dollars had been spent) have concluded about dogs. It turns out that loneliness makes you 50% more likely to die prematurely than those with good social networks. Playing with dogs and having social interactions both release oxytocin, the “feel good hormone” that confers a sense of well-being and connectedness. Several studies have shown that blood pressure goes down when a person pets a dog. Other studies show that it lowers your cholesterol and triglyceride levels.
But there are other hypotheses, too. Some scientists think that having a dog influences the types of bacteria around us, and in us – this benefit based on the premise that living in too hygienic an environment is bad and makes us susceptible to allergies. Okay. One study showed that bringing a dog into the house with all its dirt and germs actually reduces chronic inflammation in the owner. Another showed that having a dog in the house reduces asthma by 15%.

“Several studies showed that dogs decreased the body’s reaction to stress, with a decrease in heart rate, blood pressure, and adrenaline-like hormone release when a pet is present as opposed to when a pet is not present.”
Dr. Glen Levine – American Heart Association Council on Clinical Cardiology

Even the American Heart Association, who is so cautious about endorsing anything even slightly fluffy, convened a panel of experts in 2013 who issued their own “Scientific Statement”, conceding that dog ownership was “probably associated with a lower risk of cardiovascular disease.” (I haven’t yet seen their statement that “being loved” or “feeling valued” is also “probably good” for your health, but I’m sure with time, they’ll come around to these notions too).
Goldie chomped on her wahoo, then, mulling the topic over, looked up, and said, “You know, having a dog takes you outside of yourself”. When I asked her what she meant, she explained that dogs make you less self-absorbed which, in turn, makes you happier. When we spend time thinking about the well-being of our pets, we are more likely to feel grateful and less likely to feel sorry for ourselves. Pets also help break down social barriers between people. When you’re with Daisy (my niece’s dog) or Zeus (my brother’s), they take the focus off you and place it on the pet. This actually helps people bond while they watch their pets play.

For cat owners the results, like cats, are indifferent, or at least mixed. One American Heart Association study showed a protective health effect from dogs and a detrimental one from cats. A subsequent 2008 University of Minnesota study showed that cat owners were 30% less likely to die from a heart attack compared to non-cat owners. So it seems the evidence is less compelling for cat ownership. I’m betting that whichever animal exerts a positive effect on you (i.e., makes you want to touch it and say koochi-koochi-koo in a high voice) is probably good for your heart health.

Some Final Thoughts on Dogs and Cardiovascular Health…
Research like this is thought-provoking, but I doubt it convinces people to change their mind about pet ownership or about which pet is ideal for you. And rightly so. A bored, poorly trained, inadequately-exercised dog is a nightmare for its owner and for the neighbors, not to mention for the poor dog. I should also remind you that some benefits of dog ownership are neutralized if you don’t walk the dog yourself.
But perhaps, the bigger question is this: What do humans need, that they are not getting from other humans, that pets – and dogs in particular – are so good at providing? We’ve heard some answers – nonjudgmental companionship, social interaction, exercise, routine, a sense of purpose. And maybe that’s not the right “bigger question” either – maybe the issue isn’t whether we should all get dogs but rather how can we be more dog-like in our relationships, so that people around us can reap the cardiovascular benefits of our behaviour? Think about that. Here’s a little tick-off list of canine qualities that we could all work on. I call them the Five Woof Traits.

Five Woof Traits
Are you reliable? Can you be counted on to show up, to collect someone, and complete a promised task on time?
Are you a good companion? Are you generous with your time?
Are you nonjudgmental? Can you listen, observe, and acknowledge without judging?
Are you a positive influence on someone else’s exercise habits? When’s the last time you asked a friend, colleague, or family member to join you for a walk?
How are you at unconditional love? Do you respond with love regardless of whether someone disappoints or hurts you?

As we parted from the restaurant, I thought about all the years Goldie worked for me and the little medical nuggets I had assumed she was squirreling away for future reference. I probably should have asked her a long time ago what she thought the best path to cardiovascular health was. It seems some answers she had figured out, long before the research came along to prove her right. Woof!