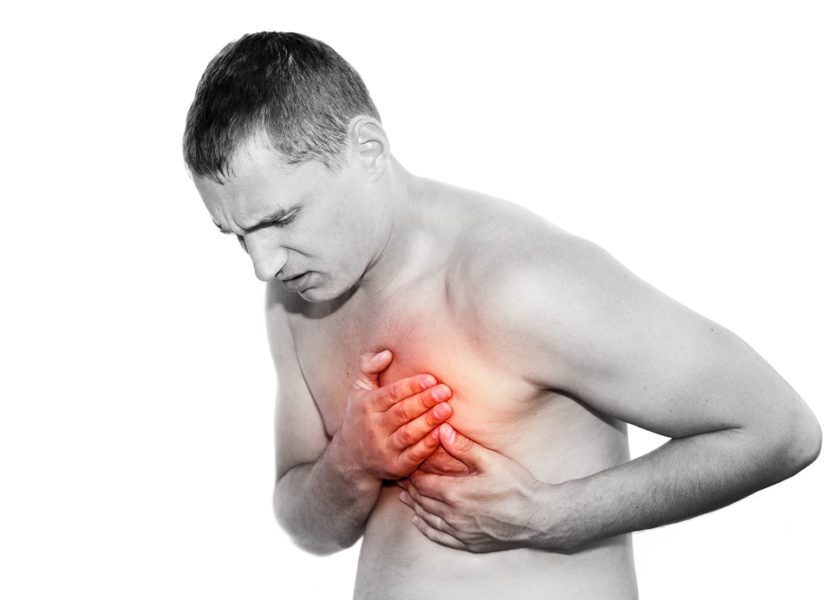 Medical Musings with Dr. Shane Marshall: The Latest on Acupuncture for your Heart

Do you sometimes find yourself in a tug-of-war with your doctor over his prescription medications and your researched alternative remedies? Does he not understand why you want to do things naturally? When I look at medication lists these days, it’s not unusual for a patient’s over-the-counter supplements to outnumber prescription pills – whether you approve or not, here’s a sampling of what some take for their heart: guggul, hawthorn, barberry, black cohosh, butcher’s broom, capsicum, ginseng, valerian root – the list goes on. These extracts (along with other disciplines as mainstream as chiropractic and as out-there as trans-telephonic DNA healing) fall under the category of complementary and alternative medicines which many traditional doctors view with distrust, disapproval, or disdain. I should add envy to the list – you can bet traditional medicine keeps an eye on these disciplines and how much healthcare money goes their way. To give you an idea, Americans spend about 34 billion dollars per year on complementary and alternative therapies.

Over time, traditional medicine has adopted some alternative therapies for which scientific proof of benefit exists. In some instances, it seems a rather arrogant take-over of ancient practices, re-branded as trendy 21st century medicinal subgenres. Regardless, when a study involving an alternative therapy appears in one of my conventional medical journals, it gets my attention. And that’s what happened this summer when The Journal of the American Medical Association published a Chinese study using acupuncture to treat angina.

Angina is the medical term for chest discomfort, sometimes spreading to the shoulders, arms, and neck, that results from lack of blood flow to the heart. In most cases it’s caused by blockages in the coronary arteries, the three blood vessels that supply your heart with oxygen and nutrition. Angina treatment, at least in the western world, typically involves medications, stents, and bypass grafting.

In this acupuncture study, 404 angina-suffers received conventional angina medications, but were then separated into 4 groups. Three groups received acupuncture, the fourth did not. Here’s the interesting part – the 3 acupuncture groups were needled either on their DAM points, their NAM points, or they received SHAM acupuncture. Stay with me here.
DAM means disease-affected meridian. A meridian is an invisible energy line or highway that runs through the body. There are 12 main ones, each corresponding to an organ. The meridian for the heart runs down the arm. So does the one for the lung. The small intestines are there too. Participants randomized to the DAM group had their heart meridians stimulated with acupuncture needles.

NAM means a non-affected meridian. Participants randomized to the NAM group had their lung meridians needled. Stimulation of the lung meridian served as a sort of placebo, since lung activation would not be expected to help angina-sufferers.

SHAM is a situation in which researchers pretend to perform a procedure, such that the patient can’t tell whether they’re receiving the active treatment or not. Research involving SHAM is always impressive – you don’t see it very often, mostly because it’s hard to do and isn’t always ethical. For example, imagine a study for open heart surgery involving a sham treatment – that would mean participants would have to consent to anesthesia and surgery, but only half would get the heart operation, the rest would just have their chests opened up then sewn shut. No, thank you. In the acupuncture study, participants receiving SHAM treatment got needled at random points along no specific meridian.

Participants receiving acupuncture weren’t told whether their DAM, NAM or SHAM meridians were stimulated. Each treatment group received acupuncture 3 times per week for a month. This involved “manual stimulation, lifting, thrusting, twirling, and rotating” of needles until participants reported dequi, defined as a feeling of soreness, numbness, distention, or radiating, which indicates effective needling. Afterwards, those who received acupuncture on the DAM meridian went from about 14 angina attacks per month to about 5, a significant reduction in angina frequency compared to the other groups.
What are cardiologists saying about this new study? Some dismiss it with a line like this: “I don’t believe in invisible energy fields, so I don’t believe it works”. Although, I agree it’s important to understand how something works, this stance strikes me as a little close-minded – it’s a good way to shut down conversation when the topic is unfamiliar. Others argue that, since acupuncture is common in China, the study patients may have been able to tell whether their heart (DAM), lung (NAM) or no particular (SHAM) energy field was stimulated, and that may impart a bigger placebo effect to the DAM group.

I asked my friend, Dr. Erin Moran, what she thought of the study. Erin lives in my favorite part of the world – British Columbia – where she practices traditional Chinese medicine and acupuncture. Erin’s no kook. She’s a smart, insightful Bermudian who earned an undergraduate degree in Biology, a Masters in Science of Acupuncture and Oriental Medicine, and then a Doctorate of Acupuncture and Oriental Medicine. Erin thought this was one of the better designed trials using acupuncture to address a disease that western medicine seems to have a monopoly on. But she, too, shared the concern that in China, where acupuncture is common, patients could easily tell if they were getting proper DAM versus NAM or SHAM treatment, and that might influence results. Still, she thought the study opened the door to further research, and stressed the importance of acupuncturists working in conjunction with traditional doctors, not just in treating angina, but for any ailment.

Erin had some other interesting things to say about acupuncture: she described herself as the most skeptical student in her class, mostly because it wasn’t clear how needling worked. Her professors told her to wait until she began practice where she would see the benefits herself. Now, almost 20 years later, she’s still impressed by the results. In the meantime, some of her questions about the science behind acupuncture have been answered – new research suggests that meridians have to do with fascial planes, the body-wide network of connective tissue, and the structural, chemical, and electrical phenomena that take place within that network.

Erin also reminded me that eastern and western medical paradigms are very different – western medicine sees the body as a machine, reduceable to its parts, while eastern medicine imagines the body as a garden in which each element connects and communicates, and is inseparable from the whole. This perspective makes it harder to design scientific acupuncture studies because of the challenges inherent in studying whole systems rather than parts.

Okay, I get it. But, will I prescribe acupuncture for my angina patients? No, not for everybody. Not yet. I, too, think more research is needed. But I might try it in patients for whom traditional medical treatment has failed or reached its limits and the patient still suffers angina attacks.

Some Final Thoughts on Acupuncture and Heart Disease
Some doctors believe that only science can save us. So, sure, when parts break (brittle bones) or wear out (leaky heart valves) we put them back together or replace them. If a gland secretes insufficient hormone, we top it up. These are mechanical and chemical problems with logical solutions, solutions for which both doctor and patient see measurable results.
But humans are more complex than that, and on this point, I agree with Erin. Life as a machine describes only one way of being in the world, and science’s reliance on this metaphor is immensely limiting. I wouldn’t want to set out in life with the notion that I would never be anything more than the sum of my parts. Compare that to the conceptualization of the body as a garden, an adaptable space subject to the influences of energy fields, spiritual forces, and other unseen connections that inform one’s sense of what it means to be human. Such a flowery mindset holds a certain appeal because it allows for mystery. Perhaps even a little magic.

The trouble is, science will never surrender to magic. Science relies on well worked-out mechanisms, on proof, and on replicability. There lies it’s strength. If that means, after all those parts are dismantled and reassembled, there’s no room for a soul, then so be it. It’s a sad thought, and there lies science’s weakness.

So, to Ling Zhao and colleagues, my warm congratulations for having the courage to subject your discipline to scientific analysis. And kudos to the Journal of the American Medical Association for breaking down divisions between eastern and western medicine by opening a space for acupuncturists to prove their treatments while forcing hard-core scientists to think outside their box. As for the rest of us, such studies encourage us to ask questions about our own lives, questions like where science ends and faith begins, and questions as simple and complex as this one: Are you a machine or a garden? Let me know what you think. I read all your emails.

or more news on the latest developments in cardiology, visit www.ShaneMarshallMD.com, subscribe to the free newsletter The Annals of Cardiology, and follow Dr. Marshall on Twitter @ShaneMarshallMD.