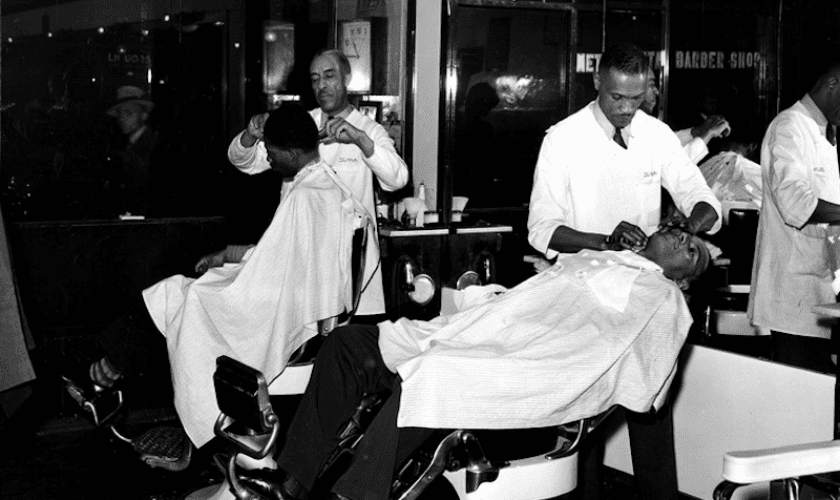 How often do you get your hair cut? If you’re like me, it depends on how many obstacles exist between you and the haircut. Scheduling time from work, getting in the car, driving to town, finding parking, and quickly returning to my office, are all deterrents to keeping a sharp hairdo. For a long time, Caroline, my trusted Inner Sanctum hairdresser, tried to convince me to commit to an every-three-week schedule of trimming. I just laughed. When it comes to haircuts, there’s no way I’m that organized. As result, I usually end up calling her a few months later when I’ve run out of Got2B Glued and can no longer tolerate the unkempt look.

A lot of people treat doctor’s visits the same way I treat haircuts. They only go to their doctor when something hurts. Are you one of those? If you’re nodding your head, chances are you’re a man. A lot of things keep men from the doctor’s office – sometimes it’s money, sometimes it’s the poking and prodding, and for some life is going well (or not) and they don’t want to risk the possibility that the doctor will find some new problem to worry about. To be fair, these anxieties are shared by women, and yet for some reason they are better than men at making and keeping doctors’ appointments.

But back to haircare for a minute. So, it turns out not all men are haphazard with their approach to haircuts. For instance, a lot of black men faithfully get a trim every two weeks. Part of this may be about keeping your line-up or temple fade looking good, but in some communities the neighborhood barbershop is also a favorite place to convene, shoot the breeze, and catch up on politics while getting a trim. So, what if barbers, in addition to sprucing up a man’s look, could also spruce up his blood pressure? If you’re a black man, or married to a black man, don’t stop reading, because not only do black men see doctors less frequently than black women, the risk of black men dying from heart attack or stroke is 80% higher than for black women or, for that matter, for white men. Wow.

It was with this sobering statistic in mind that Dr. Ronald Victor of Cedars Sinai Medical Center in Los Angeles conceived a novel approach to managing blood pressure in black men in his city. Dr. Victor enlisted the participation of 52 black-owned barbershops. In half the shops, while administering a trim, the barbers talked to their patrons about healthy lifestyles, measured their blood pressures, and those with high pressure were encouraged to see their doctor. Sounds like a nice idea, right? But then Dr. Victor pushed the envelope a little further: In the other half of the barbershops the same thing happened, but he also placed a specially trained pharmacist on-site who, using a study-sanctioned guideline to treat high blood pressure, dispensed medications directly to patrons with high pressures. The pharmacists were in regular attendance every two weeks when the clients returned for their next haircut. As the months passed, if the client’s blood pressure was not responding, the pharmacist introduced additional medications according to the study protocol.

The results were surprising. The mean systolic blood pressures at the start of the study in both barbershop groups was over 150 mmHg – this, despite the fact that most of the clients already had a personal doctor and health insurance. That, on its own, says something about the failings of the present-day healthcare system – the current approach to identifying and treating high blood pressure (“make an appointment to see your doctor”) is not working. If you need more convincing, get this: amongst the barbershop clients with high blood pressure who were advised to see their doctor, after six months their mean systolic blood pressure fell a mere 9 points – from 154 to 145 mmHg. Not impressive. You might wonder if those advised to see their personal doctor ever did. That may be, but it also appeared that some personal doctors may have taken a rather ho-hum approach to getting the job done. Contrast this to the barbershops with the on-site prescribing pharmacist – over six months the mean blood pressure fell from 152 to 125 mmHg. That’s worth celebrating. I say, point me to the barbershop with the on-site pharmacist.

Whether black or white, male or female, pharmacist or doctor, there are lessons here for everybody. Once hypertension was demystified for barbershop patrons, they came to appreciate that blood pressure needs attending to, just as hair does. Furthermore, when treatment and monitoring is provided “in-house” by someone non-intimidating and trustworthy (oh, let’s say for example, a pharmacist instead of a doctor), without a lot of obstacles between you and medical care, the results were impressive.

“The program saved my life. It motivated me to help myself out and to help others in my community. I stopped smoking, I started exercising every day and I changed my diet.” – Marc Sims, Study Participant. Entry BP 175/125 mmHg; final BP 125/85 mmHg

By bringing medical care to a familiar place, Dr. Victor showed that barbers and pharmacists could work together with behind-the-scene doctors to successfully identify and treat high blood pressure in men who for one reason or another weren’t getting close medical attention.
For me, this study was a welcome example of how out-of-the-box thinking can produce better results than conventional treatment. Clearly, barbershops are one important gathering place where education, treatment, and support can take place. But this study also illustrates that it’s not enough to make people aware and point them in the direction of a doctor. If you remove another obstacle by bringing the solution (in this case lifestyle counselling, medication, and monitoring equipment) right to the barbershop, you have a better chance of saving lives.
What about you? Do you know what your blood pressure is? What are the obstacles between you and a fantastic blood pressure?

Some Final Thoughts on a Blood Pressure Trim
Sometimes a doctor’s expertise is best kept in the background, devising policies and protocols based on science. The idea of barbers measuring blood pressures and pharmacists treating high blood pressure is another example of non-physicians getting the job done where doctors, for one reason or another, could not. You may not realize it, but we already have similar successful enterprises in Bermuda, where some maverick nurses have changed the landscape of common diseases in Bermuda – diabetes and asthma are two that come to mind. The nurses who pioneered public health measures in these areas will tell you that some of the biggest obstacles they faced were from physicians who, for one reason or another (go ahead, say it: chingching), resisted taking healthcare out of the doctor’s office and into the public arena. Will we see Bermuda’s pharmacists and barbers taking on blood pressure? Let’s hope so. Are we to next expect a shampoo, cut, and finger-prick cholesterol test? (Well, yes, if Dr. Victor has his way: stay tuned). Until then, here’s a few easy steps to lower your blood pressure before your next haircut.