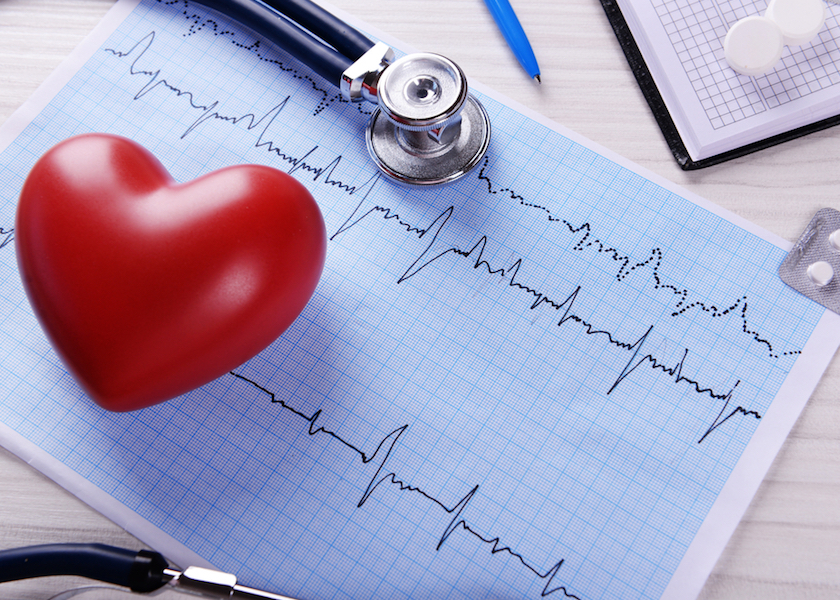 Medical Musings with Dr. Shane Marshall: The Latest on Chips and Apples

Last month Mrs. Darrell got dropped off on Reid Street and headed into a dress shop. She was browsing through the racks when she paused, thinking, “Something’s not right.” Then she promptly slumped to the ground, unconscious. It was 11:34 AM. A small crowd gathered. She came to. Questions were asked. Nothing seemed broken. She smoothed her skirt, straightened her glasses, and asked someone to phone her daughter. She didn’t want an ambulance. After all, this was the third time she’d collapsed this year, and, “they never seem to find anything.” Every medical test had been done and nothing showed up, even though an earlier episode had resulted in a serious head injury. She wondered whether she was meant to live out her days like this, just waiting for the next collapse.

The good news is that earlier this summer we implanted a computer chip in Mrs. Darrell. The chip is made by Abbott (formerly St. Jude) Medical and it’s called the Confirm device. It’s the size of a paper clip.

Before we go further I should tell you something else about Mrs. Darrell. That’s not her real name, so I’m not talking about any of the Darrells you know. Regardless, a few months ago, with the help of local anesthesia and a scalpel nick, the device was tucked into her chest. The chip wasn’t inserted to track her whereabouts, it was to track her heart rhythm, hopefully to determine whether her faints were caused by a heart abnormality. The only problem is, we had to wait for the next ‘event’ to happen, and you never can tell when or where ….

Most people think of the heart as a pump. But a pump needs electricity to make it work. Without it, your heart would just sit there. The heart’s electrical system makes it contract 60 to 70 times each minute, fewer when you’re asleep, more when you’re exercising. If the electrics falter and your pulse goes too slow or too fast, your blood pressure drops, you don’t get enough blood to your brain, and down you go. Once the electrics right themselves, you wake up, just like Mrs. Darrell, wondering …what just happened?

The challenge with heart electricity, just like the kind BELCO delivers, is that sometimes service can be spotty. When the electrics operate normally you don’t even think about it. When there’s a few skipped beats or a gentle pause it might get your attention with a little flutter or momentary lightheadedness. If it stops all together for more than a few seconds, it’s lights out until the system reboots.

After we inserted Mrs. Darrell’s chip, we programmed it to make a recording of her heart beat if the rate went too fast or too slow. The normal heart rate (pulse) ranges between 60-100 beats per minute. Sometimes during sleep it might dip into the 40’s. During exercise the normal pulse can reach 150-170 beats/minute, sometimes higher. So we programmed the chip to make a recording if her pulse dipped below 30 or above 180 beats per minute. When she passed out in town last month, her heart rhythm was wirelessly transmitted via Bluetooth to her cellphone, after which I received an email, not from Mrs. Darrell or her daughter, but from Abbott Medical’s Merlin.net, saying that at 11:34 my patient’s heart stopped beating. Below is the recording that came with it.  Have a look.

Each of those little spikes is a heartbeat.  On the top strip, the heart beats normally at a rate of about 70 per minute. On the second strip there’s just a flat line. That’s where the medical slang comes from: “She just flat-lined.” Where it says “Trigger,” the computer chip is saying to itself, “Okay, let’s save this for the doctor to see.” On the third strip we see one lonely beat making its way back, and by the fourth strip Mrs. Darrell is waking up. This time she didn’t have to call me. Instead, I called her and asked: What happened at 11:34 this morning? Oh, she said, “I had an overcoming.” “Yes,” I said. “And I see why. Come on in. We need to talk about a pacemaker.”

Lots of people faint. The medical term is syncope, pronounced SINK-oh-pee. Like many medical terms, this one comes from a Greek word, syn-kope,which means together-cut. Your heart beats, which should occur together, one after the other, are suddenly cut off in the middle, resulting in a temporary lights-out situation.

Not every faint is due to a serious heart problem. But any faint is worth seeing your doctor about. Sometimes the cause is obvious – dehydration, low blood sugar, too much alcohol. Some people faint as if by reflex – in response to the sight of blood, an unpleasant thought, or when they cough, sneeze, laugh, play the trombone, urinate, or have a bowel movement (all inconvenient, to say the least). And not every faint is treated with a pacemaker. Talk to your doctor if you have faints, “overcoming,” “black-outs” or plain old Greek syncope. I hope Mrs. Darrell’s story reminds you of how awesome it is that, for the most part, hearts beat incredibly reliably – 70 times per minute, 60 minutes every hour, 24 hours per day, for many decades. Some people just need a little electrical back up now and then and, for them, a pacemaker can be just the thing.

A Final Thought on Gadgets to Detect Heart Rhythm Problems

Here’s the latest device to detect heart rhythm problems, and you can buy it over the counter – it’s the Apple Watch Series 4. It comes with two FDA-approved apps – one is an ECG (electrocardiogram) and the other is an “irregular rhythm notification” that can diagnose electrical heart disorders, like atrial fibrillation. Because you can buy it without a doctor’s approval, it’s made some cardiologists wonder whether it will lead to over-investigation, over-treatment, and possible harm from some of the medications used to treat electrical disorders. Eyebrows were also raised over how the watch was seemingly fast-tracked through FDA without proving whether the result of widespread population monitoring will actually save lives. Some doctors are concerned that it might create a new species of anxious humans continually checking their watch, not for the time, but to see what their heart is doing. You may not think this applies to you, but perpetual attention to smartphones, which continually monitor, report, and re-report the world’s problems, along with what every power-player says or thinks about them, has already created a generation of “constantly-on-alert” young people who subconsciously take on the world’s problems while forgetting how to live their own wonderful lives because they’re virtually living everyone else’s in their head. Whoops. Forgive the rant. Let’s just say the debate over the merits of constant monitoring is not over.

One feature I like about the new Apple watch is that it can detect a fall. That might help some elderly people, who trip or lose their balance and can’t get up to reach the phone.

The watch retails for about U.S.$400.00 on Amazon. A Bermuda dealer tells me it’s not yet marketed for export, but we’re hoping to see it locally next month – “price to be determined.” Will your doctor prescribe the Apple Series 4 watch to monitor your heart beat?  Maybe. Will your insurance company cover it?  I doubt it. Regardless, I have to give the tech industry credit for innovation. For those of you with kidney disease, the watch is geared up for a soon-to-be-released app that detects high potassium levels in the body, a situation which, in the extreme, can be fatal. What will they think of next? I’d like to see an app that monitors inflammation levels or maybe tumor markers (although, if that doesn’t generate anxiety, I don’t know what would). Do you think all this instantaneous monitoring is good for humans? If you had a wish list for Apple’s next watch, what bodily system or process would you like it to monitor? Let me know at info@ShaneMarshallMD.com and I’ll make sure your ideas get tweeted to the people at Apple. That’s one thing my smartphone is good for!