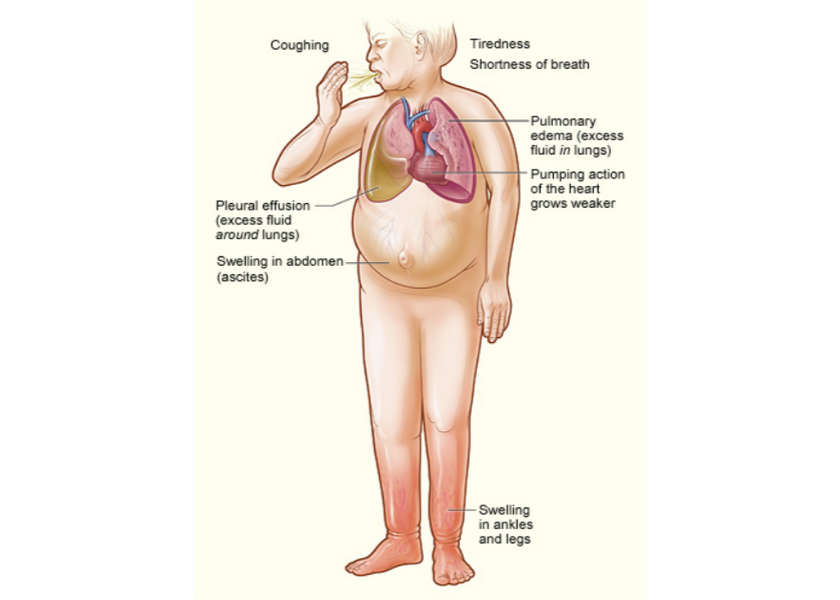 Medical Musings with Dr. Shane Marshall: The Latest on Heart Failure and Switching Your Drugs Around

Some time ago, my first patient of the week – let’s call him Mr. Jones – walked in for his twice-a-year appointment. He was fifty-three. He drove an electric BMW i3. He carried an Apple iPhone. There was some wrist and neck bling. But Mr. Jones had a few other things that weren’t as obvious – heart failure, an implantable cardioverter-defibrillator, coronary artery disease, hypertension, high cholesterol, diabetes, gout. We shook hands, but before I could get a “Good morning” out, he says this: “I’m feeling good today, Doc, so don’t mess with anything.”

I was tempted to follow his advice. “Good”, for Mr. Jones, meant walking long distances on a flat, and, although he experienced shortness of breath with hills or stairs, he had learned to live with that. He travelled a lot and managed well on tours as long as there weren’t too many inclines.

The trouble was, there was a new heart failure drug on the market, and although I doubted the medication would make him feel much better, research suggested it might make him live longer. I explained that the new pill wouldn’t replace all his heart pills – just one of them, and there was a process in which his old pill was stopped and washed out of his system before introducing the new one. There would be additional office visits, blood pressure checks, and blood tests. He didn’t seem overjoyed by the news. In fact, he looked dejected. He mentioned an upcoming trip to the States to see his daughter, an already-booked Caribbean cruise, and some other pending events. I could tell he was weighing the costs of another adjustment period, more monitoring, side effects, and especially the possibility that the medication wouldn’t agree with him, and he might end up back on his original drug. “Well,” I asked, “what do you say?” His reply: “Uh, not today.”

Mr. Jones is one of many Bermudians living with heart failure. It’s not my favorite term because it sounds like your heart has given up, but that’s not true. The term means that your heart struggles to do what’s asked of it in every circumstance. In fact, most persons with heart failure, once properly treated, look and feel well. About half of heart failure patients have what’s called “heart failure with reduced ejection fraction” (abbreviated as HFrEF). Your ejection fraction refers to the amount of blood pumped forward with each heartbeat. A reduced ejection fraction means the heart doesn’t contract with enough force because it’s been weakened. Sometimes the culprit is a heart attack, but it could also be a virus, high blood pressure, alcohol, your genes – the list goes on, but the end result is the same: the heart struggles to pump blood forward, so fluid congests the lungs, causing shortness of breath and coughing. Other symptoms are fatigue and swelling – fatigue because blood isn’t reaching all locations with each heartbeat, and swelling because blood pools in the belly and leg veins, the back-pressure forcing fluid into spaces around the intestines and the soft tissues of the legs and ankles. It’s not fun.

The conventional treatment for HFrEF involves a cocktail of three or four medications, sometimes more. If you have other stuff going on (diabetes, coronary disease, hypertension, gout, etc.) it can feel like you spend a lot of your day just taking pills.

The drug I offered Mr. Jones was Entresto. Have you seen it on TV? If you’re put off by Big Pharma’s efforts to persuade you to purchase their drugs, some Entresto commercials might be too much – a 2016 version shows a grandfather cuddling his cooing grandchild while singing Annie’s “Tomorrow, tomorrow …” the premise being that Entresto will buy you more tomorrows. The same ad depicts a middle-aged man in the shower performing his own enthusiastic rendition of “Tomorrow” – I mean, does anyone really do that? But, marketing aside, what does Entresto do for people with heart failure?

Entresto is a two-in-one pill combining valsartan and sacubitril. Valsartan is a tried-and-true medication that strengthens the heart muscle and enables persons with heart failure to do more and live longer. The other component – sacubitril – is new – it’s a neprilysin inhibitor. Stay with me, this is important. When your heart is struggling, it releases hormones into the circulation that dilate blood vessels and get rid of salt and water – two things a failing heart really appreciates. Neprilysin, the bad guy, is an enzyme that inactivates these beneficial hormones. So, by inhibiting neprilysin, sacubitril keeps these helpful molecules around longer. Think of it this way – when a person has heart failure, the heart and blood vessels produce these compounds to counteract the effect of fluid accumulation, and Entresto strengthens the heart muscle while keeping these natural heart-friendly hormones around longer so they can better do their job. Nice.

Turns out that a little Entresto translates to major benefits: in the PARADIGM-HF trial, 8000 patients with heart failure were given Entresto versus one of the “usual treatments” for heart failure, and the Entresto-treated patients had reduced rates of hospitalization and a 20% reduction in cardiovascular death. That’s big.

Mr. Jones remained unpersuaded. “But, Doc,” he protested, “there must be side effects.” Of course, he was right – the common ones being low blood pressure, high potassium levels, and kidney impairment. These effects are monitored by checking your blood pressure and periodic blood tests.
Turns out side effects aren’t the only challenge. Novartis Pharmaceuticals still has the patent, and so until a generic is available, cost can be a problem. In Bermuda, if you’re paying out of pocket, the lowest dose costs close to $5,000.00 per year. Yeah, ouch. If your insurance company caps your medication reimbursement at $2,000.00 per year, that still leaves a massive copay. Even if you have a major medical program that covers 80% of prescription costs, you might have to come up with another $1000.00 per year. None of that takes into account the costs of more doctor’s visits and blood tests. And, like most medications to treat heart failure, you stay on Entresto for life.

Eventually, Mr. Jones agreed to the switch. Now, when I see him in the office, he likes to remind me that I’ve got him on an expensive pill and he doesn’t feel any better. So, then I put on my serious face and ask him if he’s noticed any annoying side effects like bursting into song while showering. We both have a laugh and I remind him that sometimes we have to trust in science, and that I think he made the right choice. “Okay, Doc,” he says, “that’s good enough for me”, and off he goes to book another cruise.

A final thought on trying new medications …
Can you ever really know whether a drug that claims to make you live longer has worked? Is it when you reach seventy, or eighty, or ninety? In medical school, professors like to offer aphorisms to guide students when they’re uncertain what to do. The most recognized of these, attributed to Hippocrates, is “First, do no harm.” Another – I can’t remember who said it – is this: “Don’t be the first to prescribe a new medication, nor the last to give up on the old.” It’s good advice. We’ve all seen medications arrive to market, bolstered by a new study proclaiming major benefits, only to have the drug withdrawn in disgrace because of some unexpected side effect (thalidomide for morning sickness and Vioxx for arthritis come to mind). Who can blame a consumer for watching the latest pharmaceutical commercials with a combination of curiosity and suspicion?

When Entresto was first released, I kept a close watch on the literature and on my colleagues’ prescribing practices, with my own reservations about post-marketing safety and tolerability. Now it’s been around a few years, and although we don’t have long-term follow-up, its track record looks good. Last year two new studies suggested that patients admitted to hospital with a first-time diagnosis of heart failure should be started on Entresto right off the bat, doing away with switch-overs down the line. Still, for those on the “older” drugs who already feel fine, switching to a new medication can require a leap of faith – in this case, faith in science, faith in the pharmaceutical industry, and faith in your doctor. As I think about Mr. Jones, I’m reminded of one more aphorism, compliments of the Harlem Renaissance writer, Zora Neale Hurston: “There are years that ask questions and years that answer.” Which year are you in? If you’ve been diagnosed with heart failure, this might be the right year to ask your doctor some questions about Entresto.