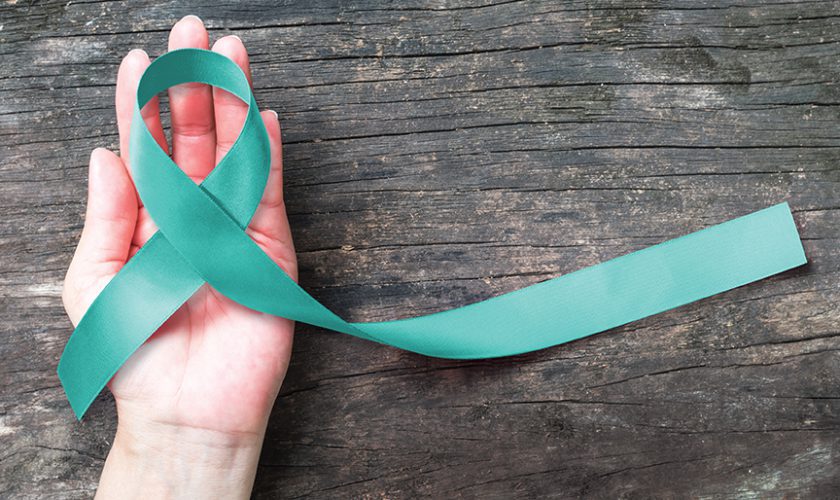 A diagnosis of ovarian cancer can be scary for any woman, and with good reason. According to the American Cancer Society, ovarian cancer causes more deaths than any other cancer of the female reproductive system. In Bermuda, ovarian cancer is prevalent mostly in black women and is one of the six most common cancers on the island. But there is hope for preventing this disease, and knowing the facts can help save your life.

What is ovarian cancer?

Ovarian cancer is a disease in which cancer starts in one of the ovaries. However, new studies suggest that some cases may originate in the fallopian tubes.

When ovarian cancer is caught in its early stages, there is about a 90 per cent survival rate. Unfortunately, most women are first diagnosed in the advanced stages of the disease, and the overall survival rate is low, typically less than 20 per cent. However, research has shown that women who use oral contraceptives (birth control pills) or who become pregnant and choose to breastfeed can reduce their risk of developing ovarian cancer.

What are the symptoms of ovarian cancer?

Symptoms can be hard to detect and may resemble other medical conditions. They include pelvic or abdominal pain, bloating and a loss of appetite or feeling full. Patients who experience these symptoms in increasing frequency and severity should see a doctor.

Is there hope for preventing ovarian cancer?

There are currently no effective screening tests for ovarian cancer. Instead, the real hope for prevention may lie in genetic testing. Genes associated with ovarian cancer—BRCA1 and BRCA2—can be detected through a blood test. Women who have these gene mutations have a high genetic risk of developing the disease.

Doing population-based genetic testing for BRCA is a very good idea. This means testing all young women as opposed to only testing women felt to be at high risk due to personal or family history. There are thousands of women who have an undiagnosed BRCA mutation gene and may develop ovarian cancer. This can be prevented through genetic testing and risk-reducing interventions in women who test positive. Hopefully, in the near future, we will be able to offer genetic testing to all women. The most effective risk-reducing strategy to prevent ovarian cancer in women who are genetically predisposed is removal of the fallopian tubes and ovaries. This procedure can prevent up to 96 per cent of cases. However, it is not recommended in normal-risk women because keeping the ovaries through natural menopause reduces the risk of other health conditions, such as osteoporosis and heart disease.

In addition, surgical sterilization by tubal ligation at the end of child-bearing age is known to decrease the risk of ovarian cancer.

Content courtesy of Rebecca L. Stone, M.D., M.S., assistant professor of gynecology and obstetrics at the Johns Hopkins University School of Medicine. The content was reproduced with permission of the office of marketing and communications for Johns Hopkins Medicine International. Additional reuse and reprinting is not allowed. The information aims to educate readers and is not a substitute for consultation with a physician.