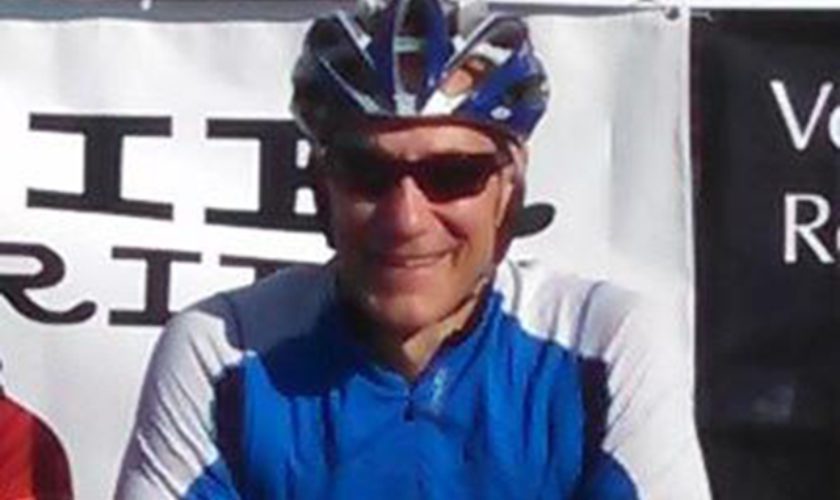 Richard Yunginger, MD, was understandably concerned when he began experiencing shortness of breath while exercising.

An active biker and family physician in Lancaster, Pennsylvania, USA, the 59-year-old wondered whether he could be dealing with a heart problem inherited from his mother’s side of the family.

“I have a family history of congenital idiopathic cardiomyopathy, which is a disease that causes the lower and upper chambers of the heart muscle to stretch and weaken,” Dr. Yunginger says. “My mother died at age 68 from it, and her brothers died at 38 and 39 from it. Even though I was in good shape from biking, it was a concern.”

But following the old saying that doctors are the worst patients, Dr. Yunginger resumed his normal exercise habits for several months— often ignoring pain or shortness of breath. That is, until his symptoms became so bad he couldn’t bike to the top of a hill.

That’s when he connected with Justin Roberts, DO, a local cardiologist who had trained as a fellow in Philadelphia, Pennsylvania, USA, under Temple University Hospital’s Paul Forfia, MD, Medical Director of the Pulmonary Hypertension and Right Heart Failure Program.

Temple is one of a handful of medical centers in the country that offers such a specialized program.

Dr. Roberts suspected that his patient had a rare disease called Chronic Thromboembolic Pulmonary Hypertension (CTEPH). He reached out to his former mentor for guidance.

“CTEPH is a rare and often fatal type of elevated blood pressure in the lungs that results from long-term blockage of lung blood vessels,” Dr. Forfia says. “Patients with CTEPH often bounce around from doctor to doctor without a diagnosis, given that the awareness of the condition is not what it should be. However, one in every 25 people with a blood clot in the lungs could develop it. Fortunately, Justin spotted his patient’s CTEPH immediately.”

Dr. Roberts was advised to screen his patient for a Factor 5 deficiency, a genetic problem that increases the risk of developing these clots. Dr. Yunginger learned that he had been both right and wrong: His genes were to blame, but not for the reason he thought.

“It wasn’t the cardiomyopathy after all—it was CTEPH caused by a Factor 5 deficiency,” Dr. Yunginger says.

Once Dr. Roberts better understood the problem, he sent his patient to Temple—and his former mentor—for further workup and to establish the best treatment plan.

“Dr. Yunginger was quite ill,” Dr. Forfia says. “His physical exam and echocardiogram revealed that he was in right-sided heart failure: his lung scans showed his right lung was completely blocked by clots, and much of his left lung was blocked. His findings were very serious but also very reassuring as he proved to be an ideal candidate for pulmonary thromboendarterectomy (PTE) surgery.”

PTE is a complex procedure that involves the surgical removal of chronic blood clots from the lung blood vessels. Only a handful of medical centers in the country offer the full diagnostic workup of CTEPH, PTE surgery, and postoperative PTE management.

Temple University Hospital is one of them.

“Temple ranks very well in terms of the number and success rates of these procedures,” Dr. Forfia says. “We’ve performed over 70 cases—34 of those were done just last year—and we’ve assessed several hundred CTEPH cases. We’ve rapidly emerged as one of the busiest CTEPH programs in the country, with patients coming to us from as far away as Georgia.”

“Before the surgery, I couldn’t go up a flight of stairs or walk to the end of my driveway to get the paper,” Dr. Yunginger says. “As soon as I was up and walking after surgery, I knew I was better, and I’m continuing to improve all the time.”

Dr. Yunginger is relieved to be back on the bike again and even more relieved to know that CTEPH typically doesn’t come back.

“He should live a normal and full life,” Dr. Forfia says. “I’m pleased about his continued good health, but I’m equally proud that the training Dr. Roberts received contributed to this positive outcome.”