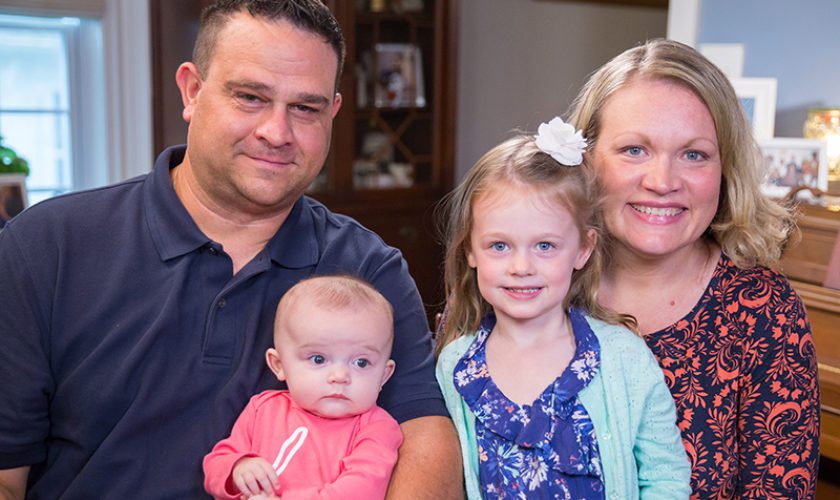 Shelby with her husband and two daughters.

It means everything to me that I get to be there for all their milestones. I don’t want to miss a thing.

I remember lying on the operating table before surgery, worrying about what was going to happen next. My breast was trying to kill me but it had still been difficult to make the decision to undergo a mastectomy.

Dr. Boras sensed my concern. I told her I wasn’t changing my mind, but was just overwhelmed by the moment. She understood and held my hand, comforting and reassuring me.

Just six months before, in May 2014, I was stunned by my breast cancer diagnosis at the age of 37. I had a 22-month old daughter. I wasn’t supposed to have cancer, too.

I knew to expect changes to my body during pregnancy and the year I spent breast-feeding my daughter, Audrey. I was waiting for things to go back to normal, but the left side never did. After discovering a lump, I got it checked by my doctor, who sent me for a biopsy.

I was scheduled to get the results of my biopsy on May 22, which happened to my grandmother’s birthday. Initially I thought it had to be something else. There was no way I would be diagnosed with cancer on my Gram’s birthday. Of course, I was wrong. 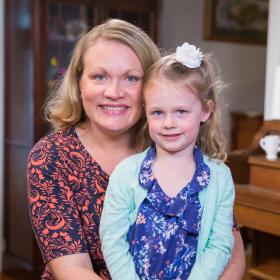 After getting the results, I was at a loss for where to go next. While I liked my local doctor, I didn’t feel the hospital near my home in Chesterfield, New Jersey was the place for me to go. I knew I wanted to have reconstruction and I wanted it done right. I came across Fox Chase online, and from my first appointment I knew I was in the right place. With my mom and husband, Scott, by my side, I felt a sense of calm and knew this was the best choice for me.

In June, I began chemotherapy under the care of Dr. Dotan. The first round of chemotherapy was the hardest, since I didn’t know how my body would react, but overall I tolerated the medicine well. My infusions were once every three weeks, which gave me time in between to recuperate a bit.

I felt a difference shortly after beginning treatment. I could easily feel the lump and because of the calcification I had, it made my breast feel hard. A week after the first infusion, I wondered if I was imagining things or it really did feel softer already.

Having finished chemotherapy in October, I had mastectomy and reconstruction in November, which Dr. Boras and Dr. Topham performed. I was in the hospital for Thanksgiving but that was fine with me, because I wanted to be on the mend for Christmas for Audrey.

Before my surgery, I met with Andrea Foreman, a genetic counselor at Fox Chase, to get genetic testing done and learned I had the CHEK2 gene mutation. She recommended that my two sisters and mom get tested as well. My mom and one of my sisters tested positive while my other sister did not have the mutation. 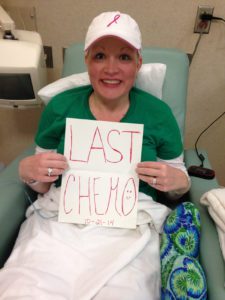 Since she tested positive, my sister went for her first mammogram at 33 and a year later, she was diagnosed with breast cancer in December 2015. Immediately, I told her to come to Fox Chase, where Dr. Boras and Dr. Topham operated on her as well.

At Fox Chase I have a team. Everyone is rooting for me and they are there to help me in any way they can.

When I was first diagnosed, Scott and I went to a fertility specialist to have my eggs retrieved. We knew we wanted to have more children and were worried about the effects of chemotherapy. As a breast cancer survivor, my doctors didn’t want me to be on hormone therapy long term, even thought my breast cancer was hormone receptor-negative. Our fertility doctor recommended we biopsy the embryos and test for the breast cancer mutation.

On May 22, exactly three years to the day I found out I had breast cancer, I gave birth to Ella on my grandmother’s birthday.

These days, my main focus has been on my kids. I stopped working after Ella was born so I could stay home with her. Audrey recently started kindergarten and I was able to see her off on her first day. After I was diagnosed, I worried I wouldn’t be here for these moments. It means everything to me that I get to be there for all their milestones. I don’t want to miss a thing.

This post is in paid partnership between Philadelphia International Medicine and TheBermudian.com.