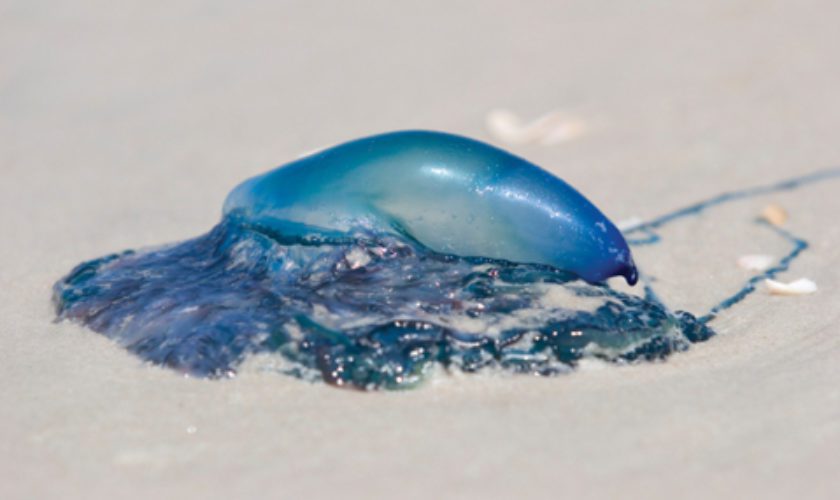 Ah, summer in Bermuda, a time for all sorts of outdoor activities, from swimming off our shores and playing in our parks to beaching, boating and biking. Being exposed to nature can also expose you to some of its hazards. Here is a survival guide to staying safe while still having fun this summer.

JELLYFISH AND PORTUGUESE MAN O’ WAR STING
Unlike Portuguese men o’ war, other jellyfish often go unseen. Their shape can be described as bell- or umbrella-like, with a jelly-like substance making up its mostly transparent structure. Some do have tentacles, which hang from the border of the bell. Portuguese men o’ war are more clearly seen as a bluish bubble floating on the ocean surface. These have much longer and more dangerous tentacles that can extend up to 30 feet. These tentacles contain venom. Avoid them. Even when a man o’ war has washed up on the beach and appears to be dead with its bubble popped, its tentacles are still capable of causing injury. If stung by a jellyfish, most people will experience nothing more than a slight itch. A red rash may develop if tentacles contact the skin. A Portuguese man o’ war sting, however, can be extremely painful. The tentacles of a man o’ war can leave a red welt that can fill with fluid.

What to do
The first thing to do when stung by a man o’ war is to rinse the area with salt water. Then remove the tentacles by lifting them away from the skin. This is best done with a pair of tweezers or towel. Next, “shave” the area with a flat, dull object (a credit card works well). Vinegar can be used to help with the sting of a jellyfish, but it should not be used for a Portuguese man o’ war. Vinegar can cause the further release of toxins into the skin. Warm compresses, an oral and/or topical antihistamine, such as Benadryl, and Ibuprofen can all be used to ease discomfort. If any swelling of the lymph nodes, lips, tongue or throat occurs, you should seek immediate medical treatment.

What not to do
Do not use fresh water to rinse the area stung, as this will cause the tentacles to release additional toxins, as will using vinegar on a man o’ war sting. Take care not to rub or press the tentacles into the skin, and never try to remove the tentacles with your bare hands.