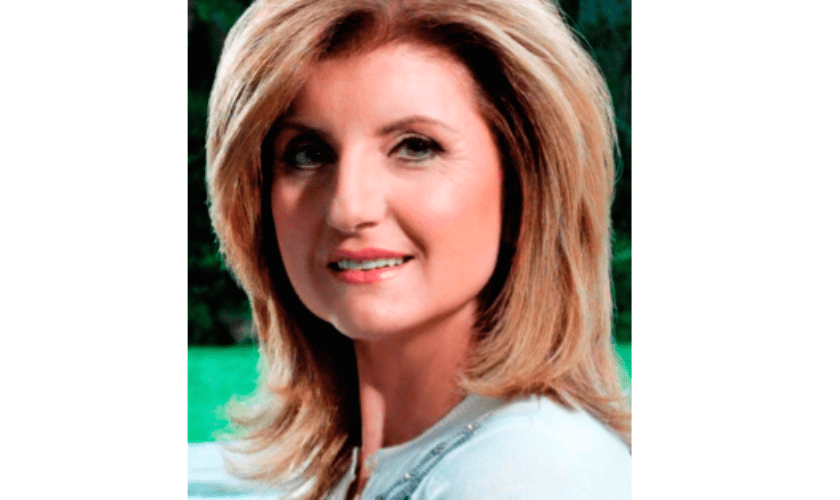 Thrive: Creating a Life of Well-Being, Wisdom, and Wonder

Arianna Huffington, the founder of The Huffington Post, is to visit Bermuda to give a presentation on the urgent need to take personal wellness seriously.

Ms Huffington is being brought to the Island by Colonial Medical Insurance to speak at two events in April.

Naz Farrow, Colonial Group International’s Chief Operating Officer for Health, said: “Arianna is a world-renowned author, speaker and entrepreneur. We are delighted that she has agreed to visit Bermuda.

“She will speaking about her latest book ‘THRIVE – The Third Metric to Redefining Success and Creating a Life of Well-Being, Wisdom, and Wonder’ which makes the case for redefining what it means to be successful.

“However, Ms Huffington is also a passionate supporter of personal health and has adopted the Virgin Pulse wellness programme, which is part of the Virgin empire, in the Huffington Post offices.”

Ms Huffington is the chair, president, and editor-in-chief of the Huffington Post Media Group and author of 14 books.

In May 2005, she launched The Huffington Post, a news and blog site that quickly became one of the most widely-read, linked to, and frequently-cited media brands on the Internet. In 2012, the site won a Pulitzer Prize for national reporting.

She has been named to TIME magazine’s list of the world’s 100 most influential people and the Forbes Most Powerful Women list. Originally from Greece, she moved to England when she was 16 and graduated from Cambridge University with an MA in economics. At 21, she became president of the famed debating society, the Cambridge Union.

She serves on several boards, including HuffPost’s partners in Spain, the newspaper EL PAÍS and its parent company PRISA; Onex; The Center for Public Integrity and The Committee to Protect Journalists.

Her 14th book, ‘Thrive – The Third Metric to Redefining Success and Creating a Life of Well-Being, Wisdom, and Wonder’ was published by Crown in March 2014 and debuted at #1 on The New York Times Best Seller list.

Ms Farrow added: “To say that I, personally, am excited about her visit is a vast understatement and I think this is tremendously exciting for the people of Bermuda. In terms of health, she is a supporter of the Virgin Pulse programme, something that we offer to our Premier Health clients.”

Ms Huffington said: “Thrive was inspired by my own wakeup call, when I collapsed from exhaustion and lack of sleep and found myself lying on the floor of my home office in a pool of blood. I realized, in terms of the traditional measures of success, which focus on money and power, I was very successful. But I was not living a successful life by any sane definition of success. I knew something had to radically change. I could not go on that way. I am delighted to come to Bermuda to share some of my experiences, and hopefully help people avoid having painful wakeup calls of their own.”

Ms Huffington will attend two events in Bermuda. On Friday, April 10, she will speak at the BUEI to an invitation only audience.

Tickets for her presentation at the Fairmont Southampton Princess on Saturday, April 11 are currently only available to Colonial Medical’s Premier Health insurance clients. From 21st March, they will be made available to the public.

Details of ticket availability can be found on the Colonial Group International website – www.cgigoup.com.