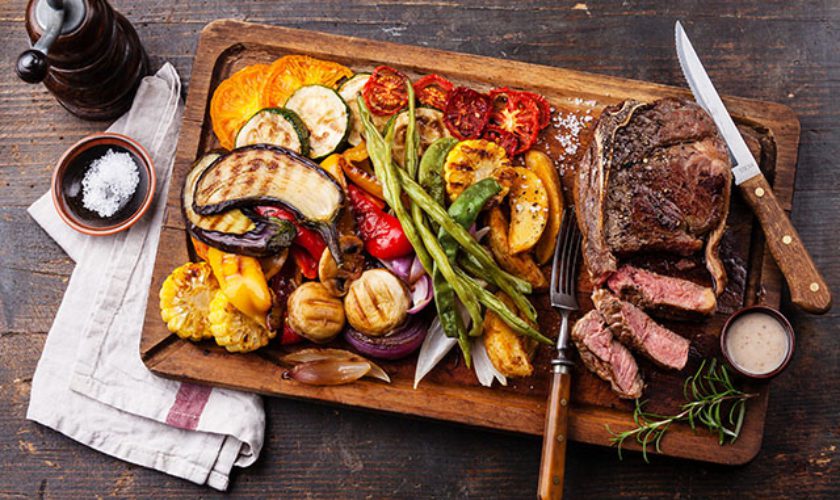 Tips for a Healthier Grilling Season

Time to fire up the grill because no one wants to turn the oven on for the next few months!

Grilling is a fantastic way to prepare meats as the high heat locks in the juices and at the same time a lot of the fat drips off of the meat so it’s a win-win cooking method. Tender and healthy.

According to the Center for Disease Control just like cast iron frying pans when cast iron grill plates are used they provide an increased intake of dietary iron which is great for women of child-bearing age. Who knew?

Hosting or Attending a BBQ Party? Try These Grilling Tricks.

•    Fill half your plate with salad or veggie sticks
•    Skip the sugary BBQ sauces in favour of a spice rub marinade
•    Pass on the mayo based slaws and try vinegar based ones instead
•    Try losing the bun and using a lettuce leaf or going open-faced for a change
•    Grill vegetables like eggplant or zucchini to top salads or burgers
•    Skip the cupcakes and grill some fruit for dessert, like grilled peaches or pineapples

Does Grilling Cause Cancer?

Most of us have heard that grilling increases our risk of cancer. According to cancer.gov this can be true of any meats cooked at high heat, no matter what the method used. It’s not specific to the BBQ grill. The compounds which could be cancer causing are chemicals referred to as heterocyclic amines (HCAs) and polycyclic aromatic hydrocarbons (PAHs). There are studies that show that well-done meat eaten on a regular basis can point to a higher risk factor for certain types of cancer like colon and pancreatic. But remember grilling season does not have to be all about the meat, go veggie most of the time to reduce your cancer risk.

BBQ’s are a great opportunity to invite friends over for an evening of great food and fun conversation. So make a pitcher of sangria, toss a salad, and fire up the grill, now that you have some healthy grilling tricks up your sleeve.