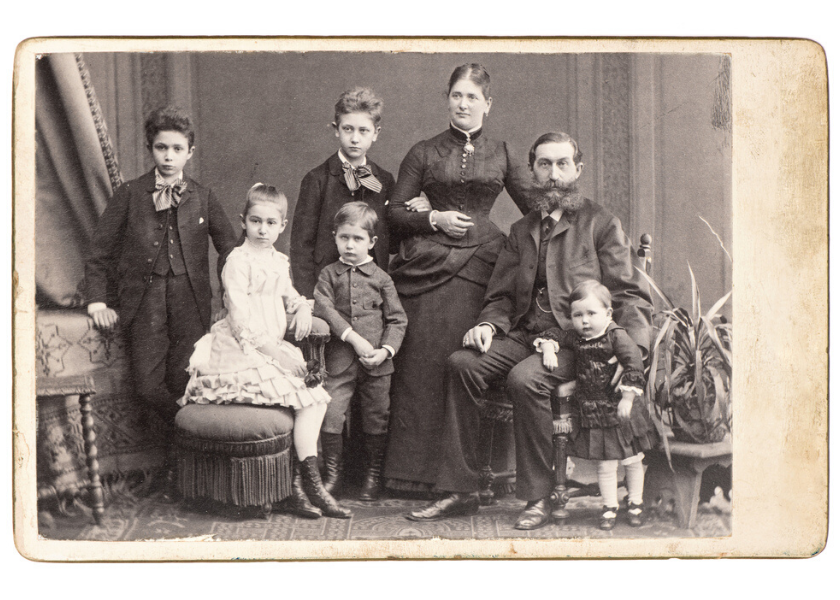 Starting in the 1440s, the uninhabited islands of the Azores and Madeira were settled by members of Portugal’s underclass of farmers and grantee-landowner class looking for a better life. Later came Italian, German and English merchants, Spanish priests, a scattering of Moors, African slaves, baptised Jews and the Flemish, along with some islanders claiming French and Irish ancestry.  By the time the first Madeirans and Azoreans were arriving in Bermuda in the 1840s, there were also important migrations taking place to British Guiana, Brazil, the West Indies, Hawaii and the United States. These also included whalers from the Cape Verde Islands.

The Portuguese Atlantic islands, then and now, represent a mosaic of people who have for centuries migrated, looking for economic growth and sometimes political and religious freedom — and depending on the size of the migrations and the culture of the host country, the immigrants’ traditions were either sustained or slowly lost.

The migrations to Bermuda were by small groups to whom, if the land and sea appeared familiar, the language and culture of its people did not. Church records show that in the beginning Portuguese immigrants were marrying into the local and British military community and usually outside of the Roman Catholic Church, which had yet to be established in Bermuda. These unions were with members of both the white and black population. For those who wanted to succeed and integrate into the community, speaking English was essential — especially since it was the only language of learning and church. So with each new group of immigrants two deep traditions — language and religion — were continually being challenged and often redefined.

By 1900 several breakaway churches with many Portuguese as founding members had been established. Where Portuguese was the language of service and song, their spoken heritage was once more established and their community appeared to be strengthened.

However, these groups had new strict rules regarding dress and pleasures, and the price paid for this new found freedom of choice was often the loss of Portuguese culture as expressed through song, dance, dress and (for some) traditional foods such as the making and drinking of wine and the eating of certain meats and fish.

As children were born into and raised within these new orders, many upon reaching working age, left. The result was the loss of important traditions. Add to this the loss of language, of pride through prejudice and the loss of family names through marrying non-Portuguese husbands, as well as the intentional or accidental Anglicizing of names, and you have the descendants often at odds with themselves, unaware of the richness of being Portuguese.

It is important and interesting to note that more recent arrivals have proudly retained their culture. This is evident in the folk dancing, religious festivals and encouragement of the Portuguese language — all of which were unknown to me and my contemporaries growing up in Bermuda 50 years ago.

Who were the artists among our forefathers and mothers, and what did they bring with them from the Azores to sustain their artistic natures? There are no known written family records to tell us, but in the Bermuda Archives are found books of inventories listing the effects and value of personal estates. Only two Portuguese names appear in the inventories in the first early years of immigration. The first, in the year 1856, is one Henry Antonio. He gives a short list of furnishings including a china tea seat and a clock. In 1860, the inventory was made of the personal estate of George Faustin Da Sylva of Devonshire, lost at sea two years earlier on the Pearl. Included in the long list of furnishings is one musical box valued at 15 shillings, four paintings valued at one shilling and sixpence, one looking glass and one plate stand. Music and art as a ‘certain way of life’ were evidently prized by those early workers.

More than 60 years later these same appreciations are illustrated in the pivotal painting The Emigrants created in 1927 by Domingos Rebelo. The artist depicts a family awaiting departure on a quay surrounded by their most cherished possessions: an Azorean guitar with two hearts, a painting of Register of Senhor Santo Cristo of the Miracles, a bundle wrapped in colourfully woven or embroidered fabric and a basket of fruit. The central female figure wears the traditional floral head scarf and colourful shawl.

Music, art and colourful handwork accompany the migrants to their new home. And because there are no written records in my family I searched my memory and that of my mother for these same touchstones.

Music? My mother recalled her grandfather Frank Simon, who immigrated to Bermuda in 1890, playing a type of fiddle after dinner, and the young farm working blowing old country tunes through their harmonicas when the day’s work was done. In the next generation the family sang hymns in English, my mother and her sisters learning to play the piano and singing “My Wild Irish Rose” and “Over the Garden Wall.” At weddings her father would dance the quick steps of the Portuguese folk dances on his own while their mother,  now a strict Seventh-Day Adventist, brooded — dressed not in a colourful scarf and shawl but corseted into a tailored dark dress with a handkerchief tucked discreetly into her ample bosom.

Art? My mother describes framed prints of Jesus and angels hanging in family bedrooms and of the Titanic in the dining room. Her sister Esther sketched and made small scenic watercolours of Frank’s Bay and of her mother’s manicured flower gardens. Sadly, none has survived. Later she hand-tinted family photographs. I remember my vovoa (grandmother) and aunts crocheting blankets, lace and sweaters, embroidering tablecloths and pictures, making their own patterns for every item of clothing imaginable from underwear to coats and hats, curtains and upholstery.  At age nine my mother won first prize at the Agricultural Exhibition for her hand-stitched and tucked dress. The silver pin dish with her name and the date 1923 remains on of the touchstones to a family tradition of art through needlework.

The bright vibrant colours worn by my family’s ancestors were, however, rarely employed in their craft in Bermuda. It was only in their flower gardens that their passion for colour was allowed to run rampant so that when visiting they carried not dramatically embroidered shawls but tapestries of real flowers. If my vovoa and her family were not artists, what were they?

Later generations of men, wanting to leave the island, found work and expression in building and carpentry. My favourite uncle, great Uncle Manuel Simon, lived and worked in a tiny two-storey wooden house at the foot of Stowe Hill in Paget. There, he built cedar chests, chairs, tables, picture frames and buffets. He repaired cane chairs, designed doll’s furniture and jewelry boxes. I can still see him — small figure bent over his work bench, covered in cedar dust from his felt hat to his thick glasses, to his thin, expressive hands, down to his shoes — absorbed in the act of transforming a tree into something both useful and beautiful.

And then there was my vovo (grandfather), who came out to farm in 1890, who refused to convert from his Roman Catholic tradition, continued to drink wine and dance at weddings. After raising 11 children, he became a hermit in his old age, living alone next to a bay, sharing mussels and stories with those who cared to visit, sleeping to the sound of the birds and the tides. Vovo could only write his name, but was he not a muse?

Each new generation has the power to continue the dreams of its ancestors and to create its own. This can be seen in the Portuguese-Bermudians of today as they find work and expression as artists, architects, photographers, landscapers, carpenters, builders, graphic designers, promoters of music, teachers, actors and dancers. In all walks of life and work they enjoy the reputation of paying meticulous attention to detail, hard work and dependability inherited from their forefathers.

Is is through the windows of the mind that the artist creates, and through his creation gives us access to his dreams and heart. Art can move the mind and soul, pulling us back into ourselves, reminding us to dream. There are nights when I have ‘Portuguese Dreams’. In one of my favourites I am participating in a national festival in Lisbon, decorating tables with bright flowers, buying colourful shawls and fabric for my sister. I join a grand regatta and embark on a caravel of sails, heavily embroidered with bright wool flowers, and the air is filled with song and the scent of blooms.