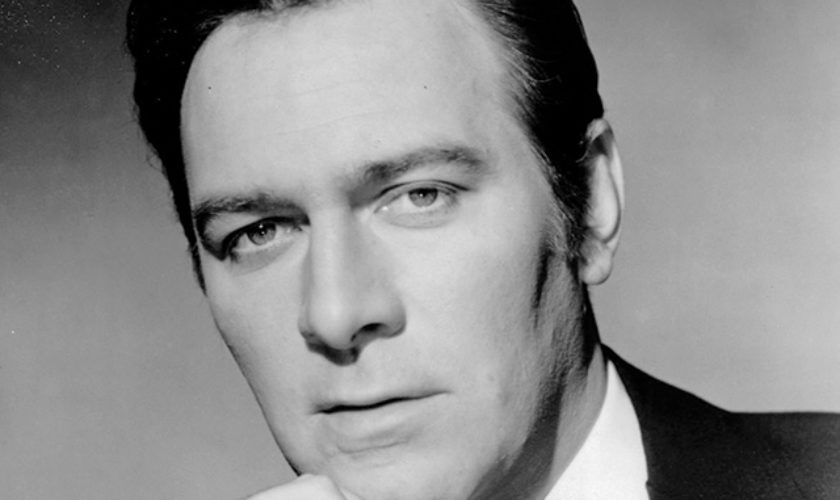 Bermuda Through the Eyes of Christopher Plummer

When the Bermudiana Theatre opened, it featured the Berkshire Players from Stockbridge, Massachusetts. A little later Dick Butterfield returned to Bermuda after graduating from Trinity College at the University of Toronto where he had been president of the dramatic society. For a short period he was manager of the Bermudiana Theatre and brought a Canadian company to Bermuda. But famous actors of the time would also come for short periods from Canada, the US, and sometimes the UK to star in productions. Those actors included John Loder and Edward Everett Horton, Constance Middleton and Burgess Meredith. These names are not so well known to younger generations today. However, in 1952, a young unknown Canadian actor arrived in Bermuda to join the resident company at a low time in his life since his mother had recently died in a fall. His name is Christopher Plummer and he, of course, was to leap to stardom in the 1965 musical The Sound of Music, as the stiff Captain Georg von Trapp. In the second book of his memoir In Spite of Myself he devotes a chapter, “Bermuda Short,” to his months spent with the Bermudiana Theatre as its “bushy-tailed resident leading man.” His resident leading lady “was a very young, very perky Kate Reid” who would become his honourary sister, while the resident “femme fatale” was Marian Seldes. Both actresses would go on to become famous.

The Bermudiana Theatre promised excellent plays but for Plummer they took him away “from the loftier reaches of art towards the more earthy world of light entertainment commonly known as ‘stock.’” In other words, light comedies. One play, for example, was Somerset Maugham’s comedy The Constant Wife featuring the star of early talkies, Ruth Chatterton. The Royal Gazette critic Frank Haworth wrote that “for once the supporting cast did not quite rise to the level we have come to expect from them,” but he did have praise for Plummer saying he “was a suave and poised Bernard Kersal.” For St. Patrick’s Day that year the theatre put on a more serious play, the Irish classic The Playboy of the Western World, which starred Burgess Meredith who was in his forties and rather old for the part of Christie Mahon. Plummer on the other hand was in his twenties and certainly too young for the part of Christie’s father. But such are the vagaries of working in a repertory theatre.

Edward Everett Horton brought an English version of Nina, written by André Roussin, to the Bermuda stage with unexpected consequences for Plummer. After leaving Bermuda, Horton telegrammed him with the offer of a contract to join the cast of Nina which would tour the US—this was Plummer’s first big break. As he exclaims in his memoir, “My American career was about to be launched!”

Plummer by his own account had a good time in Bermuda, thanks in part to the fact the theatre was, as he puts it, “perilously close to the bar.” His time with the company sounds more like a romp than a stint as he gives humorous anecdotes about his experiences in Bermuda, anecdotes no doubt embellished in the bar or in the 21 restaurant on Front Street where during their breaks they would watch yachts glide into the harbour, including Errol Flynn’s. Driving his moped he noticed “a slight irregular rhythm in the revolution of my rear wheel, where some small bits of Marian Seldes dress still stuck to the spokes.” Apparently her dress caught in the wheel and “ripped right off, leaving me in a ditch and the tall, lanky actress sprawled rather unceremoniously in front of the posh Princess Hotel, practically ‘starkers’ from the waist down.” Nevertheless, he became “very fond of my trusty little motor.”

By the time Plummer arrived, the racially discriminatory policy of the theatre was over, but he was sensitive to the racially divisive atmosphere prevalent on the island: “The few night spots dotted sparsely across various towns from Hamilton to Somerset to Paget Sound were for the most part considered out of bounds. They were largely attended by the local black population, who were warm, friendly and kind—a sunny contrast to the somewhat uptight, stuffy whites. At that time the island natives were pretty much kept at bay, shown little regard, made to feel subservient.” Ignoring the taboo, he and his fellow thespians would visit these night clubs. But, he writes, they would also socialise with white eccentrics and playboys. One such eccentric was generous party-giver Myrta Guinness who lived in a colonial mansion whose shutters, Plummer thought, had never been opened. “Myrta was a creature of the night,” never getting up before 6 p.m. He was an inveterate collector of music boxes but also possessed “the world’s largest and most unique private collection of baby coffins.” He had one gift, Plummer remembers: “he played the musical saw more brilliantly and more hauntingly than could be dreamed possible.”

Another character was according to Plummer, a “young ne’er-do well scion of an established Bermuda family” named Michael Somers. He was supposed to be a distant descendent of Sir George Somers. (Plummer’s embellishment perhaps or an idle boast by the young man himself ?) Plummer claims that “an annual tradition of his [Michael’s] was to drive his speedboat (a sleek cigarette with a knife-sharp prow) late at night at full throttle straight into the large cruiser Queen of Bermuda habitually anchored in Hamilton Harbour. Having accomplished this mission, he would speed away undetected leaving a great gaping hole in the ship’s stern, forcing the tourists on board to be detained indefinitely while the damage was being repaired.” The story sounds a tad unlikely, particularly if Plummer is referring to the Furness Withy Line cruise ship on the New York–Bermuda run.

Plummer spent his last few days in Bermuda “covering the countryside for all I was worth searching for more ‘subtleties of the isle’ lest I should ever forget.” Of course his acting background made him see theatrical connections between Shakespeare’s Tempest and Bermuda all the time. He particularly enjoyed watching fish from glass-bottomed boats, and was “paralysed by the underwater beauty of countless shapes and sizes and the never ending sunken gardens reaching to infinity— radiating colours too unimaginably rich to describe. Full fathom five your father lies;/ Of his bones corals are made; Those are pearls that were his eyes.”

But he had less romantic thoughts when he packed his clothes, some brand new from Trimingham’s “I had yet to pay for” that were so mildewed “they looked like secondhand junk.” Humorously, he describes how two men from the Tourist Board, “dapper in shirts and ties, long kneessocks, and those hateful Bermuda shorts” took him to the airport and how he kept looking out of the back window to make sure he “wasn’t being chased by bailiffs or salesman brandishing chits.” Once in mid-air he reflects on the hotel, the Tempest still on his mind. “It had been our ship—our vessel. It had sailed us safely through many a storm. We had worked hard there and played even harder.”

The chapter ends oddly with the statement: “So it came as a special shock when we heard only a few weeks later the hotel had been burned to the ground.” Since he left in 1952, this is a faulty memory. The Bermudiana Theatre would continue giving performances through 1954 and the hotel’s demise through fire would not happen until September 1958. We must forgive him, though. The actor in him would want a climactic ending and surely the Bermudiana fire fitted the bill.