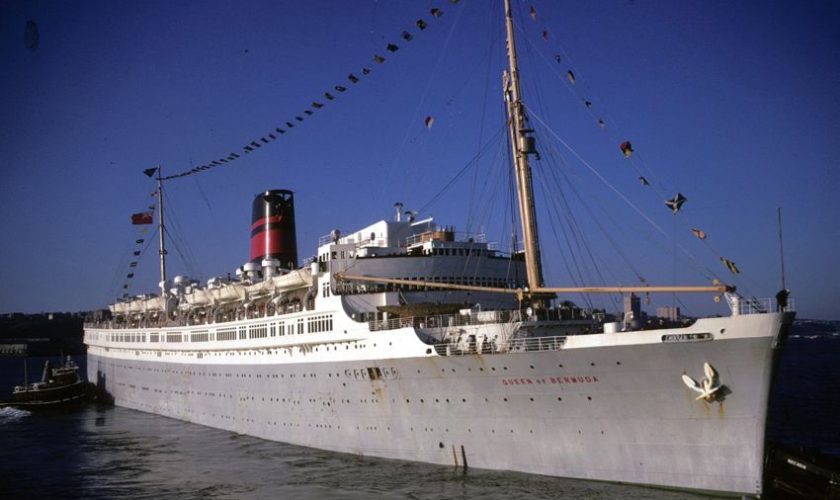 When regular steamship service was temporarily suspended last fall, one or two of the smaller business house began to feel the pinch.

One small store in St. George’s reported business so slow that every time the cash register bell rang the clerks thought it was the fire alarm. One poignant case we’ve just been told about concerns a modest firm in Hamilton that went into the red in September and stayed there until after Christmas. With the advent of the new steamer service and the increasing number of American visitors, things began to pick up, and one day recently the bookkeeper, beaming from ear to ear, announced to his boss: “You’ll be pleased to know, sir, that at last we’re out of the red.” The boss leaned back to his swivel chair and sighed heavily. “Well, well, that’s splendid, my boy.” He pondered a moment then added: “Tell you what to do: Take that bottle of red ink of yours and pitch it into the harbour. Then buy the biggest bottle of black ink you can find in the Islands. We’re not going to look back!”

The bookkeeper’s face fell. “I don’t think we’d better do that, sir. If we do, it puts us back in the red.”