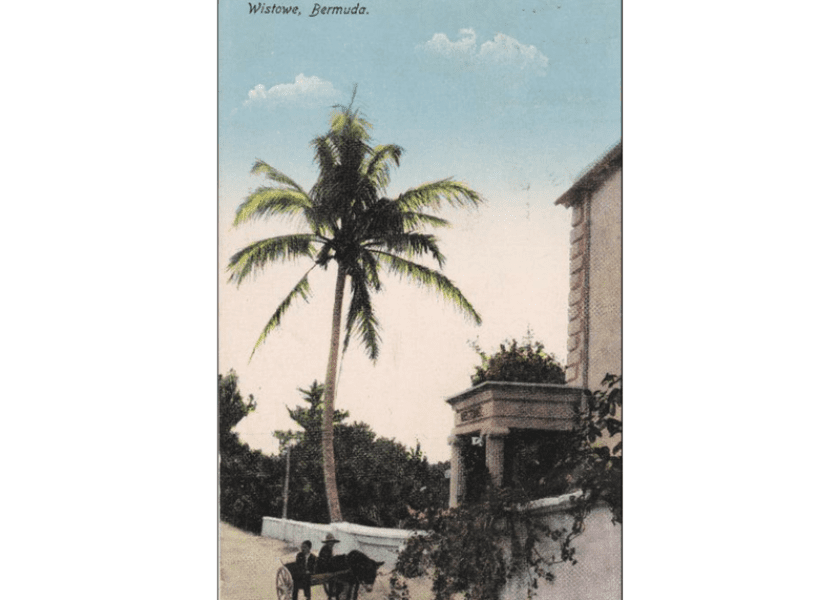 Whether its proximity to the Aquarium affects the matter cannot be proved, but it would seem that for many years Wistowe has been the happy hunting-ground for a succession of pets.

When the place was owned by the late Professor Reginald Fessenden, of radio fame, he loved starting the day by a stroll around the charming gardens with his cat Cato, who doubtless took particular interest in the collection of enormous parrotfish in the pool. The Ullman monkeys have no regrets for Manhattan in the intoxicating freedom of the Wistowe grounds, where they can play jungle for all their worth. So far neither has thought of scaling one of the coconut palms, said to be the tallest in the islands. Dr. Fessenden employed a West Indian “Cocopalm Doctor” when they ailed. The most effective cure was piles of salt emptied over their crowns. In planting the new palms that now fringe what is known as Lovers’ Walk, Dr. Fessenden had placed at each root, a lump of charcoal for warmth, a horseshoe for luck and a ship biscuit for food. The result justifies the old tradition, for the palms are particularly fine along what is now so peaceful and romantic a feature of the place, and which in the eighteenth century was the scene of a fatal and what seems to have been a rather brutal duel.