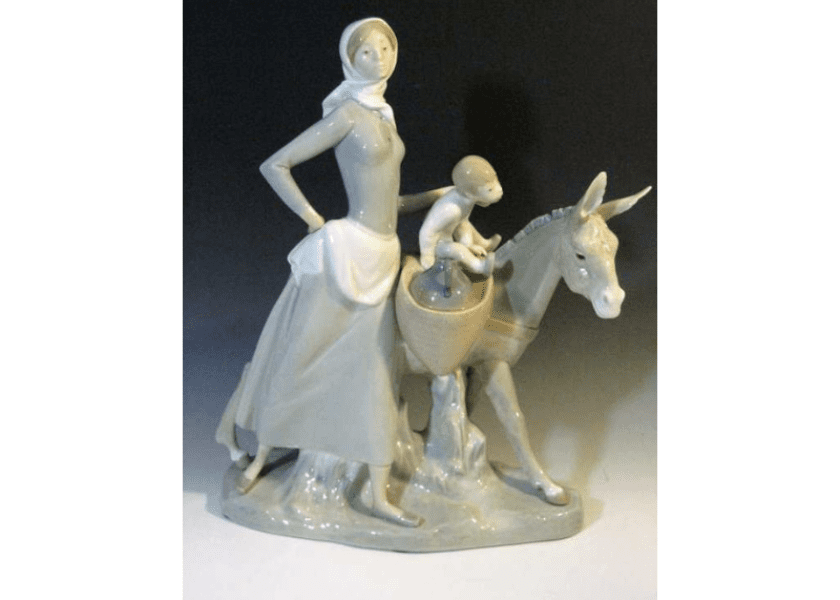 This article has been taken from our archives. It first appeared in the December 1977 issue of The Bermudian. It appears exactly as it did originally.

Auctioneer: “Lot 191. One carved ivory ‘Ship of Happiness’”. A bidder (and veteran sailor) muttering to himself: ‘Junk of the Chinese persuasion – damn’ thing can’t even go to windward.'” (It sold for the absurd price of $1,875.)

Auctioneer: “Lot 409. Antique china figure, ‘Boy Leaning on a Barrel’ . . looks like he’s been taking some rum out of it, too.”

Auctioneer: “Lot 570 is an ammunition box. We’ve had our military expert check it and he tells me it’s empty – so we are able to offer it for sale.”

Of a Victorian stoneware hot-water bottle: “I imagine if you roll over on this tonight, you’ll know about it.” Winning bidder Mrs. Josie Wilkinson Gould: “It’s to keep my momma’ warm.”

Holding up an old cavalry sword to be sold next, the auctioneer was heard to remark: “Not quite as rusty as the one I’ve been issued with.”

Auctioneer: “The next six lots are groups of old lead toy soldiers. I used to have some when I was a kid, but like a fool I went and melted them down for fishing weights.” (One group alone went for nearly two hundred dollars.)

Auctioneer: “Lot 921 is what everybody should have. Nine spring-loaded candle holders with six sterling shades. Is that a bid Mr. Watlington or are you just swatting flies?”