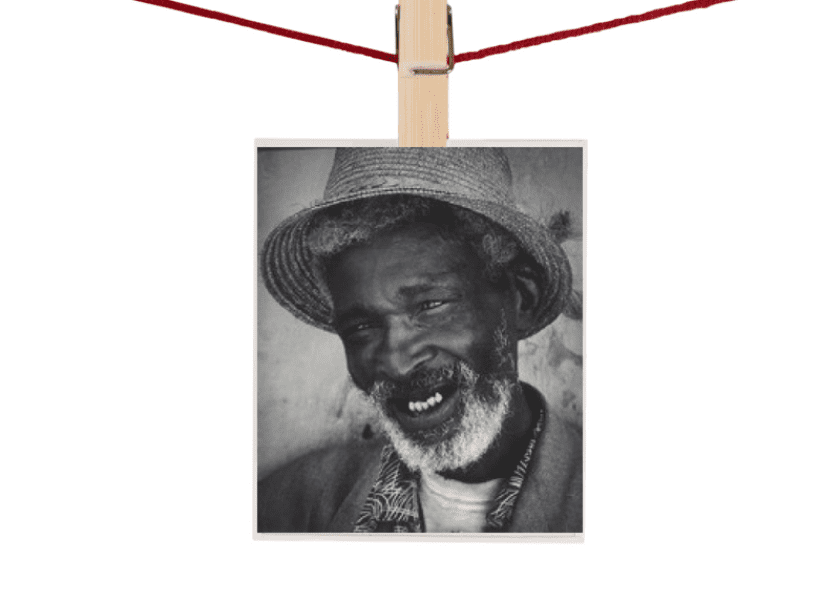 This article is from our archives. It originally appeared within the Crow’s Nest section of the September 1977 issue of The Bermudian.

“What shall I do with you Weatherbird?”

“Lock me up for a month Mr. Godet, it’s cold out there you know.” So inside he went.

Yet, if the truth be told, all of us who knew him held him in kind and tolerant regard, for without question, he was often a nuisance, but he never hurt a soul.

Over the years, Weatherbird and the Wor. Leonard Minty by virtue of many confrontations in Magistrates Court, developed a quite extraordinary friendship. They had a fishing arrangement somewhere down by Devonshire Dock. Weatherbird provided the bait and Minty the tackle, and though they would sit there for hours, I never heard that either of them ever caught a fish. This unlikely couple had another arrangement. Around December 20th, the “Bird” would commit some sort of offence just barely sufficient to ensure his being sent inside. Minty would oblige and thus guarantee Weatherbird’s traditional Christmas dinner.
One year, Minty decided to bring this habit to a halt. While Weatherbird’s usual gambit was to find a policeman and then boldly commit some minor offence, he now discovered that the police were just turning their backs. Frustrated, he picked up a rock and hurled it through a small pane of glass at the Scotch Wool Shop on Queen St., compelling a reluctant constable to take him into custody. The court proceedings went something like this:
Minty: “You are charged with throwing a rock through a window on Queen Street. How do you plead?”
Weatherbird: “Guilty Papa. I threw the rock.”
Minty: “The constable says he didn’t actually see you throw the rock, so for insufficient evidence, I dismiss the case.”

A despondent Weatherbird wended his way to the back of town where he and a couple of his friends had taken up temporary residence in an abandoned shed.

I am told that on Christmas Day, Minty arrived by taxi with a large basket containing a substantial portion of Tommy Dill’s Christmas dinner – plus a gallon of Black Seal.

Harold Gibbons had to be rated as a rather unique character. Big head, red hair, large, very large mouth, humour and plenty of it, but nevertheless a perfectionist in his trade. It has been said of Waldorf he liked two things above all else – fast horses and fast women. I rather think if he hadn’t been too close with the purse strings, he would have loved to have had those words inscribed on his tombstone.
I recall visiting Pink Beach one morning at 6.00 a.m. (his chose hour of business) to discuss a matter of real estate. I was advised by the kitchen staff that Waldorf was afflicted with the gout and could be found upstairs in his private quarters. I found Waldorf seated in an armchair, ailing foot on a stool, and peering down into a large hole cut in the floor directly above the kitchen. There he sat, like Pharoah on his throne watching the building of the Pyramids, and woe betide anyone in the kitchen who broke the yoke while frying an egg.

He got to us all in the end. When he laid his cross down, five stalwarts and myself were deputised to carry him to his grave. He had, with keen financial judgement, purchased the least expensive grave in St. John’s burial ground. We, the bearers, were faced with a climb that even Edmund Hillary might have found a difficult and demanding task. We laboured up the mountain with the help of “Porky” Zuill, and finally lowered him away, and be damned if the rope didn’t break. So we dropped him the last three feet.

I think it was “Snapper” Peniston who was heard to observe: “Well, Waldorf went out with a bang.” Bermuda was the poorer for his passing.

Frank and Chesley White were two of the most delightful characters I’ve had the privilege to know. They both loved to fish; they both loved a party, and no-one could wish for better company and either occasion.

Frank had a ridiculous love for chub fishing. None of us ever understood this, as chub doesn’t even make good bait for a fish pot. Chesley was always partial to choice fish. I remember fishing with him for red snapper upon one occasion. We were fishing at 60 fathoms and Chesley showed me how to do it.

“You get 60 fathoms of line, hook and bait both ends, drop sixty down one side and when you get a bite, you haul it in and let the rest go down the other side. That way,” said Chesley, “you don’t get a hell of a lot of line all around your feet.”

Frank, Chesley, China Frith, and I believe it was Herman Leseur, decided on a little fishing trip one day. I was invited along as cabin boy. I asked about my duties, and was told: “Bring food my boy, food. Liquid refreshments are there in abundance.”
I rose at the crack of dawn, surveyed by mother’s larder and selected two tins of Libby’s corned beef, a couple of loaves of home-made bread, a pound of butter, a bottle of sliced dill pickles, a bottle of olives and a small box of tooth picks, to add a touch of elegance to the garnish.
Well, we dropped killick off North East Pointers, fairly early in the morning, and the fishing was excellent. I discovered that amongst my other duties, I was expected to see to the replenishment of liquid refreshments. Since it was a warm day and quite naturally, no-one wanted to get dehydrated, this did present a task of some magnitude. Chesley suggested about mid-day that I should repair to the galley and prepare luncheon. I was half way through opening a tin of bulley beef when all hell broke loose up top. I bolted up to see the action.
It seemed that Frank had hooked a seven foot shark and was having a heck of a lot of fun. “Cut it loose!” shouts  Chesley. “Like hell” says Frank, “I want the liver.” Chesley and Herman restreated to a point of safety, when over the side came this monster with China standing valiantly by to render assistance. Well, the shark made a beeline for China, and naturally China beat a retreat until cornered by the transom. Unquestionably, at this moment in time, the ocean looked better than a mouthful of teeth, so China took to the deep blue.
Having subdued the creature, we helped China back over the transom. He was a trifle pale, but only slightly damp. Chesley was heard to observe: “I only ever heard of one person who could walk upon the waters, but now I know there are two.”