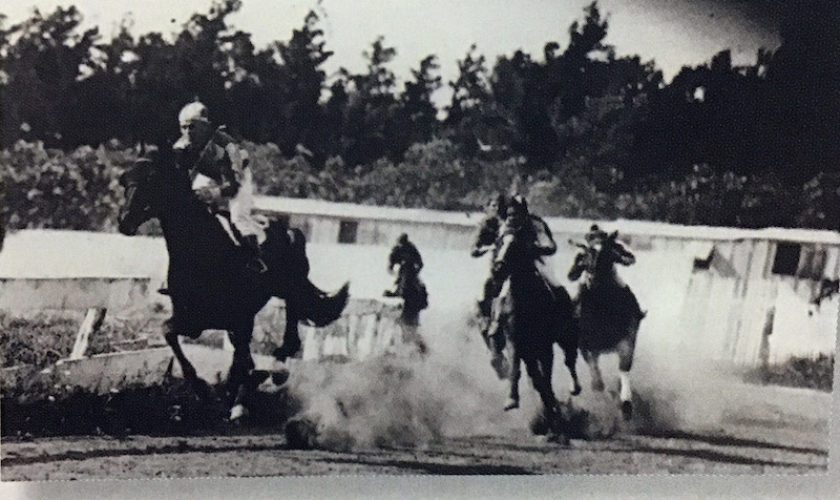 Bermuda’s reliance on salt, cedar, and sailors ended in this era of political and economic upheaval. We played a part in the American Civil War, but our economy nearly collapsed afterwards. Though slavery was abolished in this era, black Bermudians faced segregation for years to come.

1. Thomas Moore arrived in 1804, and spent most of his time writing a series of thirteen love poems to a woman called Nea. He composed most of it while sitting under a Calabash tree at Walsingham. Nea was his neighbor in St. Georges, who was married to William Tucker at the time.

2. In 1819, Admiral’s Cave was first explored by Admiral Milne and his son. They cut off a large stalactite and shipped it to the Royal Society in Edinburgh. 50 years later, his son visited the cave again and measured five cubic inches of new growth on the stump, meaning that the original stalactite must have taken about 600,000 years to form.

3. Slavery was officially abolished in Bermuda in 1834.

4. The first dentist arrived on the island in 1836. He put an advertisement in the Gazette and was known for his ability to construct false teeth.

5. 1839 saw Bermuda get its first public library, which opened with 276 volumes.

7. The earliest cricket match recorded in Bermuda was on August 30, 1844. The next year, the Bermuda Cricket Club was formed, and the game was played by British Troops as well as locals.

8. The first royal visitor came to the island in 1861: Prince Albert, Prince of Wales.

9. A group of sportsmen laid out Shelly Bay racecourse, which boasted a circumference of half a mile. Their first meeting was held on May 17, 1864.

10. Toads were first imported in 1875 in order to control the island’s cockroach population. About two dozen were released into Devonshire Marsh.