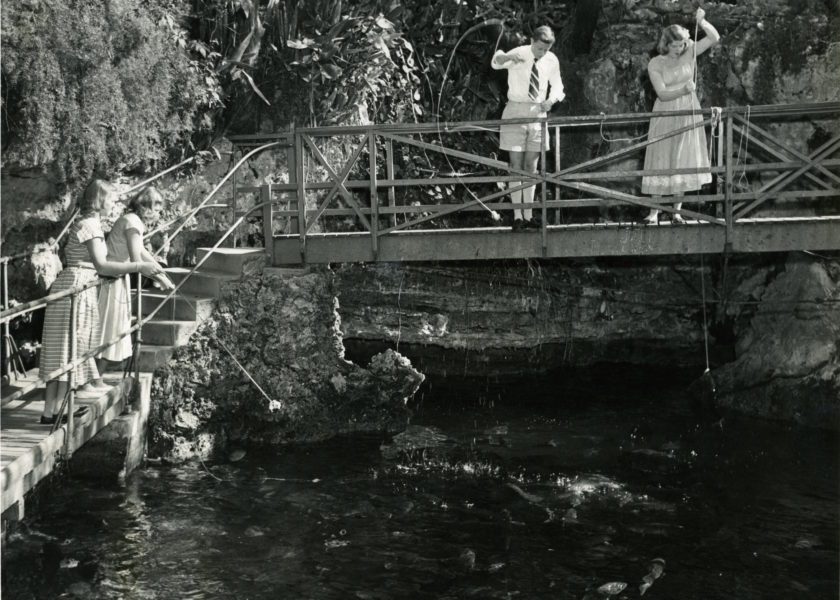 Although now closed to the public, Devil’s Hole is still home to a myriad of marine life including 150-pound green turtles, groupers, moray eels, and more. Here are 5 historic facts about the natural wonder we’re betting you probably don’t already know.

1. Owned by Thomas Trott in the 1800s, this natural aquarium came into being after the roof of a cavern on his property collapsed. For years Trott used it as a fish pond for the groupers he caught but curious neighbours and residents insisted on visiting it so often he was moved to place an advertisement in the Royal Gazette in July 1843 stating that he had allowed people to visit for 12 years without charge and had suffered “much inconvenience and loss of time of his People in Showing it,” he announced he would charge “One Shilling for each Grown Person.” Children presumably could still visit for free. 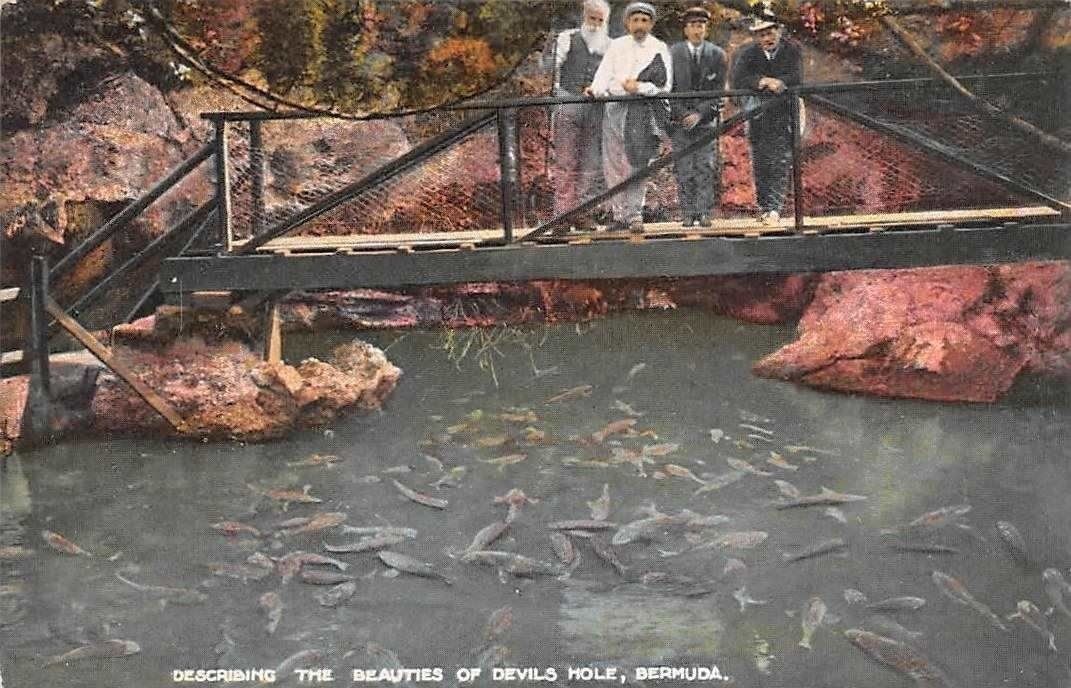 2. The cave’s waters are not fed by the nearby Harrington Sound but instead from the deep winding underground estuary that brings water from the South Shore over a mile away.

3. Not dissimilar to the story of how Bermuda received it’s ‘Devil’s Isle’ title, this natural wonder got its name from superstitious people who also feared the ghostly, eerie noises. After the cave roof collapsed, the sound of the tidal waters and wind rushing through the hole were declared the moans of the Devil.

5. In its heyday, the natural aquarium was home to a 9-foot moray eel that was guilty of taking bites out of resident groupers. Read all about that here.