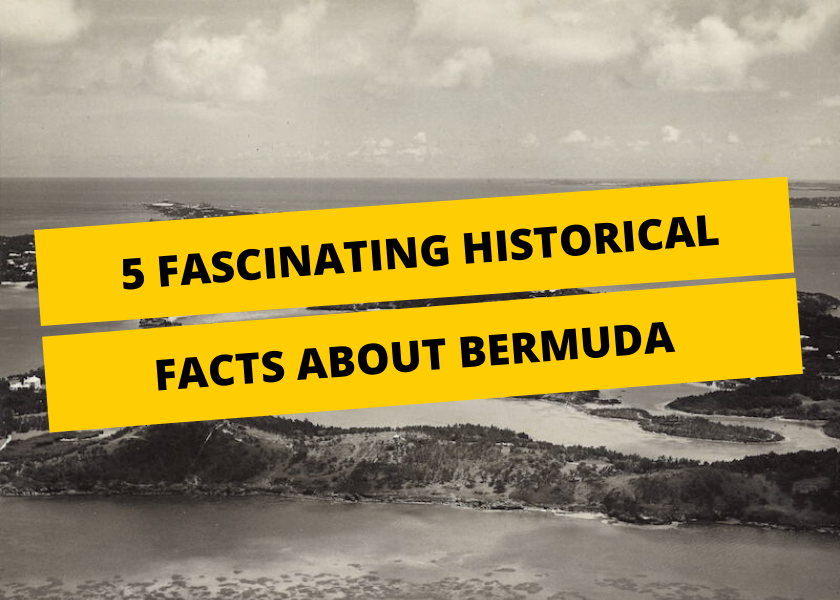 Bermuda has a rich history, and while most of us are seasoned veterans in our own heritage, here are 5 historical facts about our island you probably don’t already know.

Earthquake, 1701: The 1701 quake was strong enough to require the rebuilding  of St. Anne’s Church some 15 years later. On an earlier occasion in June 1664, the Southampton Parish register chronicled another earthquake with the following words: “Upon the 25th day of June, Anno 1664 being the Sabbath Day at 9 of the clock in forenoon, there was a great and fearful earthquake, which did shake the church and houses, yea, and the hearts of men, too.”

Smallpox Epidemic, 1760: Smallpox effectively got out of control, covering the island and killing many. Such was its impact that it prevented the assembly from meeting and “brought the country’s business almost to an end.” By way of contrast, “two or three smoldering cases of leprosy – though a source of anxiety – were naught in the eyes of the legislature.”

Famine, 1789: A severe drought ruined the crops and parched the cattle, bringing the colony close to famine. Secretary Henry Tucker wrote to his brother in Williamsburg: “Our little country never had a more dismal appearance, nor a greater prospect of famine, in the midst of war, than it has of late. Two vessels have arrived with corn and flour and relieved us of much.”

Whitney Institute, 1878: The idea of building a school on Middle Road near Flatts was first conceived of in the winter of 1878. A general meeting of parishioners in the area unanimously endorsed the proposal and Mr. and Mrs. Thomas Pearman offered about a third of an acre of land for the school. Others donated money, building materials and labour. Less than two years later, the walls were ready for the roof but one of the most disastrous storms in Bermuda’s history knocked down the walls and destroyed all the good work. Some three years later in 1883, the project was completed, thanks to the generosity of Mr. and Mrs. William Whitney and others, and Whitney Institute was born.

Emperor Haile Selassie Visits, 1963: “When His Imperial Majesty, Emperor Haile Selassi I, arrived on board a Canadian Air Force plane at 2:00 p.m., he looked as though he deserved all of his impressive titles. The Bermuda Recorder speculated that the large crowds had turned out at the airport because of his impressive titles, race and that he was the first man of color to be given such an impressive welcome.” – Dale Butler from His Imperial Majesty Haile Selassie I in Bermuda 1963 and 1967

The emperor returned for a second one-day visit in 1967, en route to the US and Canada, and was again greeted by large crowds and honored with a reception for some 200 people at Government House