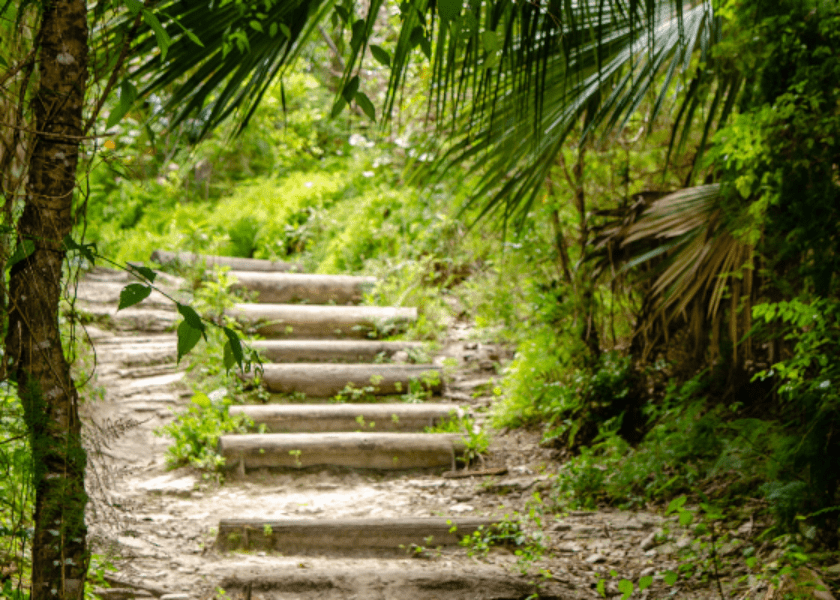 Smith’s Parish is rife with Bermudian history and home to some stories that might surprise you! Here are 5 historical facts about Smith’s you probably don’t already know, but should.

Portuguese Rock at Spittal Pond– An inscription “RP,” the Christian cross, and the date 1543 are presumed to be the earliest historical relic of humans in Bermuda. The inscription can be found on a rocky outcrop of South Shore accessible via Spittal Pond. It was considered a mark by Theodore Fernandino Camelo, “TF” rather than “RP”. The King of Spain granted Camelo permission to colonize Bermuda. Many thought this was the reason for the inscription. However, several historians have disproved this history. We now believe it was, in fact, Portuguese sailors who wrote these letters in the rock. They were shipwrecked in Bermuda for over 60 days, subsisting off large turtles and rebuilding their vessel until eventually sailing back to Puerto Rico on November 2, 1543. Historian J. Vidago suggested that the inscription stands for “Regium Portuguese” or “Rex Portugaliae”, Kingdom of Portugal and King of Portugal, respectively, in Latin. The rock was renamed to give credit to whom it was due and further re-enforces Portugal and Bermuda’s connection.

Sauco’s Hill (or Socco’s Hill) – This hill falls between St. Mark’s Church and the seafront and was named in tribute to Sauco Tucker, a free black man who resided here with his family in 1789. In 1799, enslaved persons would gather on this hill to listen to outdoor church services and Sauco’s daughter, Sally, taught Methodist Sunday School classes for the local children. Harriet Suzette Lloyd wrote in 1829: ‘Mistress Socco, besides ranking very high as a teacher, is a good-hearted dame famous for her syllabubs; and, as her little cottage lies among the most romantic scenery, everyone makes a point of paying her a visit.’

Jeffery’s Cave – This is another historical spot found at Spittal Pond. This small cave – indented into the rock is only accessible through an opening in the above-ground along the cliff face – was named after an enslaved person, Jeffery, who sought freedom from his master by hiding here. Disastrously, he was found by local authorities and returned to his enslavers. This story is a stark reminder of the violence and hopelessness of the lives of enslaved people in Bermuda.

Knapton Hill – A prominent swathe of land in Smith’s Parish, the hill was named to commemorate John Knapton, a talented silversmith on the island in the 1600s. John passed away in 1668 in his home atop the hill. He was survived by his troublemaker son, who, in 1697, was arrested for trying to kill a Samuel Newton, a joiner, with his chisel in Newton’s home.

Turtle Island – This island is the most prominent reference to Bermuda’s now decimated turtle population. In 1620, only 8 years after Bermuda was colonized, a law was passed making it illegal to kill young sea turtles in Bermuda – it was the very first conservation law passed in the New World. Despite it though, larger turtles continued to be fished until 1973 when a law was passed to protect all turtles locally. The Bermuda Turtle Project was founded in 1968 by Dr. H. Clay Frick II in cooperation with the Bermuda Government. Currently the Bermuda Turtle Project is under the direction of the Bermuda Aquarium, Museum & Zoo, in collaboration with the  Sea Turtle Conservancy, and the Bermuda Zoological Society. It’s primary aim is to fill in critical information gaps in the life history of sea turtles that in habit Bermuda waters and to make that information available to scientists, managers and the public.