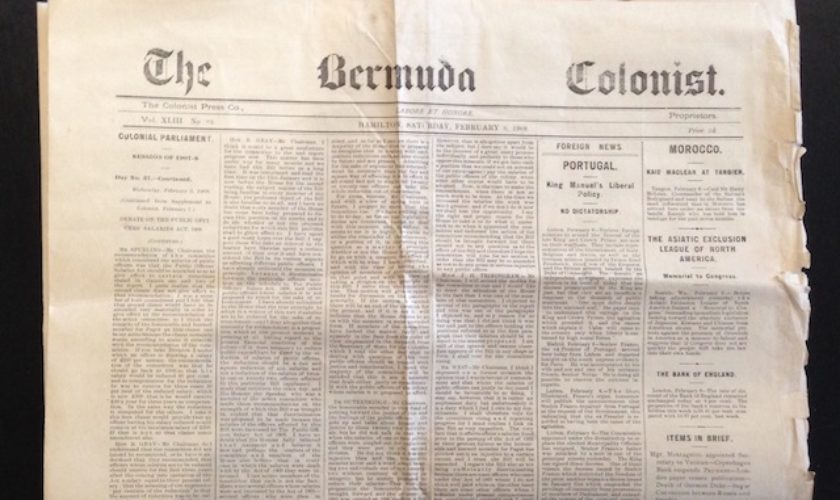 A Century of Bermuda News: March 1908

A blast from Bermuda news past was recently found in a stack of newspapers from 1908. Discovered in the library of “Coral Ledge”, the former Harrington Sound home of Bernard and Josephine Wilkinson, the newspapers offer a unique view into everyday life on the island at the turn of the 20th Century. Bermuda’s currency was still the British Pound, the Titanic wouldn’t sink on its maiden voyage for another 6 years, and early political tensions leading to the Great War were brewing. Here we’ve compiled a selection of stories from the papers to give you an idea of what life was like this month, in 1908.