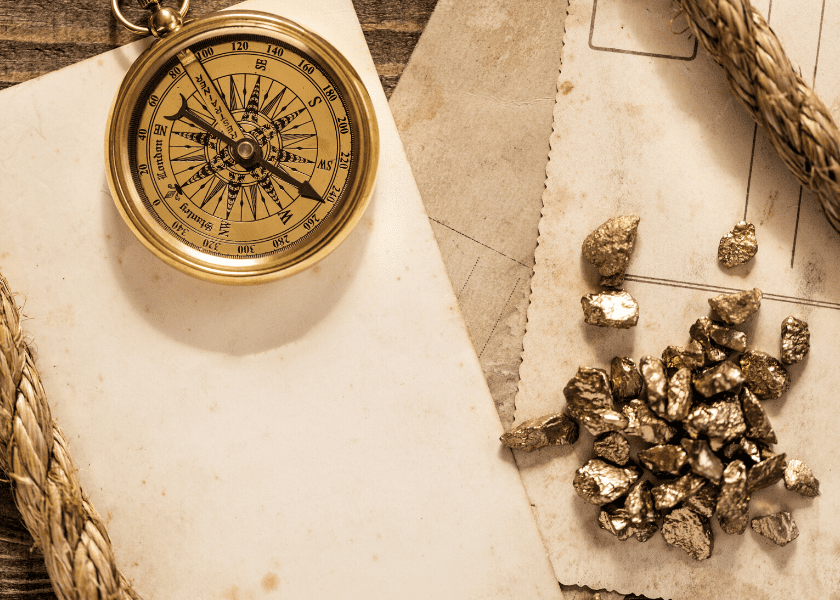 A Historical Incident: The Anna is Taken

With sixty thousand dollars in gold intended for Great Britain’s account against the Confederacy at stake, can the British crew of The Anna save themselves and the gold?

It was 1864 and iron steamer, The Anna is fogbound without lights in the dark of the moon. Her destination? St. George’s, Bermuda, a hotbed of smugglers and runners of the Federal blockade.

The ship lay like a long slug on the still water, her great semi-circular paddle-boxes covering her idle wheels like the wings of an ugly swan. In her hold were hundreds of bales of cotton rammed in so tightly that there was not even room enough left for a mouse, while above and blocking the after-deck was still more cotton and a heavy load of turpentine. And in the chart room, sixty thousand dollars in gold intended for payment on Great Britain’s account against the Confederacy.

The Anna’s commander was one of those unfortunates who, after having been deceived a number of times, loses all faith in gods and men. Consequently, while on these dangerous runs between Wilmington and St. George’s he made it a point never to leave the bridge for any length of time lest one of his naval officers betray his ship to the Federal Navy. Naturally, he had no friends among his subordinates, who were sometimes charitable enough to call him the “Old Man,” but his employers held him in high esteem, for they knew that whenever he made a statement it was based upon information obtained first hand.

His assumption of all responsibility, however, made his voyages long ordeals of wakefulness, exhausting, enervating and next to unbearable.

He had ordered the keg containing the gold to be placed on the chart room floor where he could keep it constantly under observation. During the day, while he was mainly occupied in keeping clear of any ships that presented themselves on the horizon, the chart room door was left wide open and it would have been impossible for any one to have touched the keg. At night, however, precaution against capture made it necessary to keep the door firmly shut and to block off the port holes with iron deadlights. And since the commander would not have trusted any one under these circumstances, he spent the night there, leaving the management of the vessel to his officers and contenting himself with reconnoitering every once in a while to make sure all was well.

The Anna was about fifty miles north of the harbour of St. George’s, but fog had forced her to navigate by dead reckoning. The captain, therefore  was uncertain of his position and was, moreover, too conservative to attempt one of the most dangerous approaches in the world without being surer of his course. This had made it necessary for The Anna to remain another night at sea and for her commander to keep awake for an additional twelve hours.

The captain sat bolt upright on a bench. The first mate sat at the chart table making entries in the ship’s register, moving his big fingers as slowly as an engraver and caressing his red beard with his left hand.

The first mate stopped his protracted scribbling, scowled at the register for a moment then pushed it away like an unwanted mistress. “Yes, sir,” he answered shortly. He stood up and reached for the whale oil lamp that hung motionless from a hook in the ceiling, fouling the unventilated room; he turned down the wick until the flame went blue; then he unlocked the cabin door and went outside.

The Old Man groaned, shambled over to the door and locked it. Then he turned up the lamp again and went back to the bench and sat stiffly on its edge. On the floor directly before him was the keg of gold. A fine keg it was, solid and well put together; a beautiful little keg, a perfect piece of work, finished off like a piano. To make sure it was not empty he jarred it with his foot; it weighed about as much as a barrel of flour.

Reassured, the Old Man lay back on the bench without so much as freeing the collar of his uniform or pulling off his seaboots. His lids burned his eyeballs; his head throbbed. His responsibilities became nothing in comparison to his weariness. He groaned and fell asleep, not into a deep, restful slumber, however, but into a semi-consciousness that left him ready to respond to any stimulus from the waking world…

“Move that steamer and I’ll blow you out of the water!”

The Old Man started as though shot. Supposing that he had been dreaming, and yet unwilling to take any chances, he rushed to the bridge. He saw his first officer with a hand on the engine-room speaking-tube, peering into the murk on the port side of The Anna and apparently in doubt as to whether to send an order to the engineer.

A towering United States cruiser was drifting toward The Anna’s stem. The mate’s hesitancy in ordering the engineer to send The Anna off into the darkness had wrecked all hope of escape and the captain, fearing lest his presence on the ship induce the mate to make a reckless, bleated effort, called to the man-of-war, “We are stopped, sir!” His voice rang out in the wet air like a cry in a vault.

Gradually the forward motion of the ship of war lessened, while over the water and through the sodden air came distinctly the commands of her officers, the sound of men running along her decks and the creaking of pulleys as a boat crew lowered away.

The Old Man immediately ordered the mate to round up all hands and bring them on deck abaft the forecastle. When they were gathered the captain took no further notice of the cruise; instead, he commanded the mate to lug the keg from the chart room to the place where his men were waiting; puffing with spent endurance the mate shoved through the group and set down the keg in their midst.

“We are taken,” snapped the captain. “Our ship and our cargo are done for. But you are British subjects and free men and no law of the sea can force you to sacrifice your liberty or your property. If taken, this keg of gold becomes the property of the United States, part of a cargo run through the blockade and captured—a lawful prize. If distributed among you it becomes your personal property… Carpenter, break open that keg!”

The carpenter, a young man from St. David’s Island and a descendant of the Native Americans who were brought to Bermuda at the close of the Pequot war, stepped forward with a lantern in his hand. Setting down his light he touched the keg hesitantly as though he feared it might burn his fingers.

From the port side of the steamer came the rattle of oars and a cheer from along the rail of the man-of-war.

The Anna’s men heard and closed a little on the carpenter. “I haven’t got my hammer, sir,” the fellow pleaded.

“Get it and be damned quick about it!” growled the captain. And while the man was gone he fetched up against the head of the keg with a seaboot. It hurt the foot but not the keg.

To the straining ears of the men awaiting their booty came the rhythmic dipping of oars.

In a moment, however, the carpenter came running with a little riveting hammer in his hand. The men eyed him like a pack of wolves; a lot of salt-bitten devils they were, some half-naked and glistening in the fog, some bearded, some bald and some with hair enough to braid.

“What’re you going to do with that blarsted nut-pick!” bawled the Old Man.

“I don’t know what I’ve done with my claw hammer, sir,” said the carpenter, standing over the keg with his little riveting hammer in his hand.

“Come on, come on,” snarled the crew, and the carpenter began to peck away at the keg while the men came nearer and nearer.

But the keg was made of the best kiln dried hickory; its staves were beautifully shaped and the hoops that held them together were of an excellent grade of steel. The head of the keg, therefore, presented the most pregnable point of attack; it rang under the blows which the carpenter delivered with his miserable instrument until the wood, while not splitting or yielding, gradually began to fray, become stringy, and to show promise of eventually breaking down.

Frantically the carpenter brought down his hammer with one wild desperate thump. The hammer, being of a rather inferior brand with a frail handle, snapped at the throat and left a ridiculous little piece of wood in the fellow’s hand. He looked at it for a moment then gazed fearfully around. Four or five deckhands took him from behind and flung him vindictively across the deck and against the railing toward which the boarding party was reaching with its hooks.

Shoved bodily at the keg by the commander, the first mate, unquestionably the largest of the men gathered there, took it in his arms, raised it above his head and brought it down upon the deck with all his force. Now, the keg would have smashed into a thousand pieces had the gold not been packed so carefully that the keg and coin made a solid mass. It bounced a little, fell back and rolled and teetered; that was all.

The first of the boarding part was coming up over the rail. The mate, his face as livid as his beard, flung himself again upon the obstinate keg. Cheered on, he raised the thing once more over his head and brought it down against the deck with such force that had the keg yielded, which it did not, the gold would have scattered like grape shot.

By this time the boarding party was on deck and running toward them. The Old Man, seeing that the game was up, bellowed at the mate to heave the keg overboard. But the mate had no time to lift it; a terrific heave with his foot sent it briskly but diagonally down the sloping deck toward the railing on the starboard side.

Boarders and crew stood transfixed. Could the keg clear the lowest bar of the rail, and, if it did, would it strike the far side of the scupper with enough force to carry it over the edge and into the water? By the time it had reached the side, however, it was moving along so fast that it pitched into the scupper with terrific impact. And at the same moment one of the staves of matched hickory snapped in the middle with a loud report, revealing a bright glitter of gold, before the keg and its contents went down to the bottom of the sea.