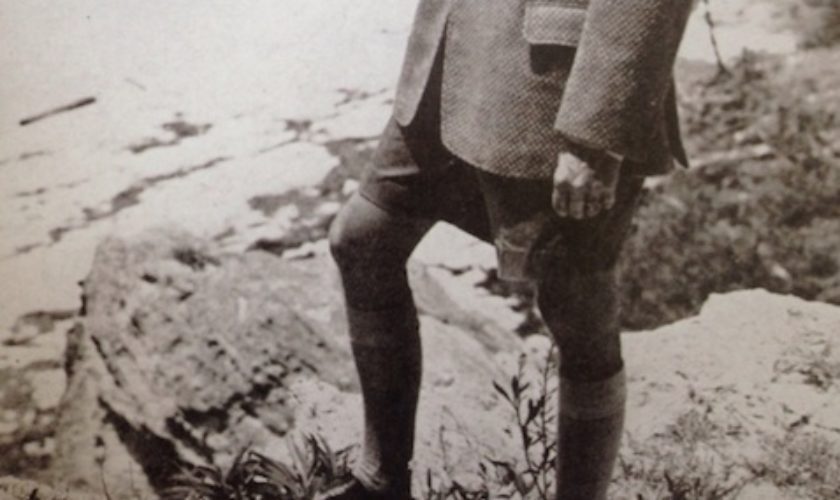 Sixty years ago, an advertisement in The Bermudian announced the arrival of the most recognizable image of Bermuda – it’s shorts.

The year was 1947. World War II had ended two years prior. American gangster Al Capone died at age 48. India and Pakistan gained independence from Britain. The spread of communism in Europe marked the birth of the Cold War.

In Bermuda, 1947 marked the end of the railway and the introduction of buses and automobiles. International business was introduced to our economy. And the relentless destruction of the cedar forest was the cause of rapid suburban land development. That same year, Bermudian Ormond Cox “Junior” Zuill used his savvy sense of style, entrepreneurial instincts and, most significantly, the global shift in social attitudes to design and introduce Bermuda’s most recognizable branding image: Bermuda shorts.

Short Birth
Junior Zuill, an enterprising fashion buyer for Trimingham Brothers, developed the influential fashion trend. He realized the potential in cutting away excess cloth to create a product that was easier to maintain, of good quality, fashionable and better suited for Bermuda’s climate. He took his inspiration from the British army’s standard uniform for hot and humid climates, which included baggy shorts and long socks.
He redesigned the standard military shorts to include a belt loop and a tailored, tapered cut that was parallel to the leg with a three-and-one-half-inch-wide hem. The wide hem is the distinguishing characteristic of true Bermuda shorts. Wide hems maintain a crisp edge but also require a reverse cut of the cloth to fit properly as the shorts leg is tapered. Hems were hand sewn, not the machine stitched, like those in lesser quality shorts. Pleats were also included, because gentlemen’s trousers had pleats, but there were also styles without pleats.

Short Look
The complete look, which still applies today, included a navy-blue jacket, white shirt, tie, shorts and long socks. Individuals could express their personal taste and still look sharp by varying the colour of the shorts while maintaining the traditional jacket. Moreover, Zuill added the colourful army-style socks to the ensemble but used a lighter wool blend than the heavy army issue called for. The socks also came in a range of solid, primary colours: red, blue, green and maroon.
The look has had few variations throughout the years. Certainly, the prohibition against wearing the same colour jacket and shorts has never changed. This fashion faux pas can make even the shrewdest businessman look like an overgrown British schoolboy.

Short Success
During the late 1940s and 1950s, travellers visiting Bermuda for a month or more quickly adopted the Bermuda shorts look for comfort. The fashion trend became synonymous with summer-vacation comfort for a new generation. The new fashion also capitalized on the emerging postwar business economy that included international business and offshore companies setting up in Bermuda. Businessmen took to wearing the army-style shorts with a formal jacket and tie, making it normal business attire.
The success of this trend can be attributed to women in part, as they were supportive of the new fashion. Previously, businessmen wore linen suits that required daily ironing. The prospect of cotton shorts probably appealed to women on at least two counts: less work and the opportunity to glimpse an appealing leg!
Six decades later, Junior Zuill’s legacy lives on, despite substantial changes in fashion trends, advances in technology and momentous world events. Today, men wear Bermuda shorts to the office, on lunch dates and even when travelling abroad. Even the most die-hard global business warriors cast off their wool suits during the summer months for the ease, comfort and style of the classic Bermuda ensemble. Although this vintage cultural couture is circa 1947, the look provides powerful global brand recognition for Bermuda and Bermudians; even with sixty more years of change, the shorts will always have their place in Bermuda’s history.