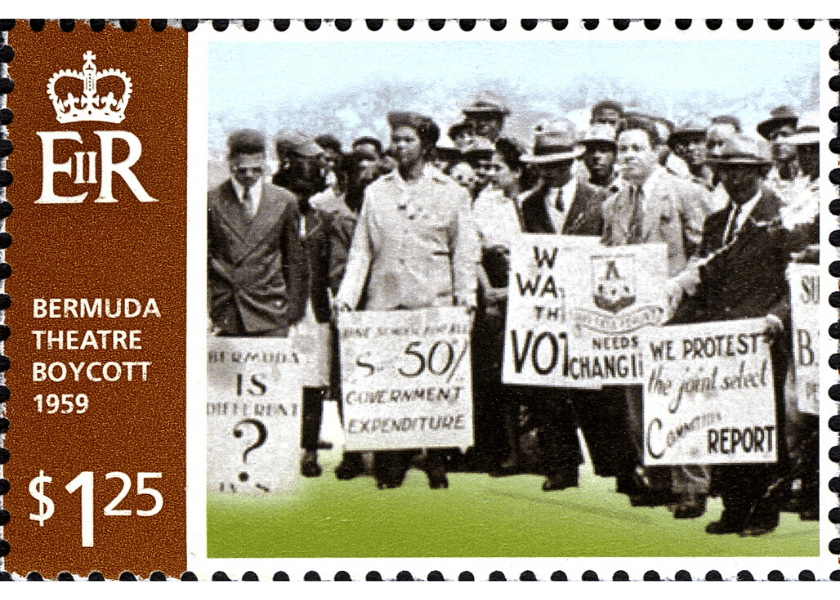 A Storm in a Teacup by Dr. Eva N. Hodgson

In June 1959, Posters and placards were plastered on walls and utility poles throughout the Island. Letters were mailed out. Signed by A Progressive Group, they called for a boycott of all movie theatres beginning June 15. On June 16, The Royal Gazette reported that the lobby of the Island Theatre had been quiet. A crowd did gather outside the theatre early in the evening. One man returned his ticket, others did not.

Meanwhile James E. Pearman, President of Bermuda General Theatres, declared the protest a “storm in a teacup.” Lawyer and parliamentarian Arnold Francis disagreed “It is a matter of no small consideration,” he said.

On June 17, 750 people gathered on the sidewalks in front of the Island and Playhouse theatres. They were an orderly crowd. Many carried placards, which said: “No Violence; Do Not Go to the Movies”; “Keep It Up; No Violence.”

On June 19, The Royal Gazette reported that the crowd had dwindled to 50 youths. Meanwhile, theatre directors issued another statement, which deplored members of the community being “coerced” to follow those whose opinions they did not agree with.

The Progressive Group reiterated four points in their statements: “Don’t use violence”; “Don’t block traffic”, “Don’t get excited”; “Don’t give up.” One week later, the House of Assembly debated the issue, with parliamentarians lining up along racial lines.

Crowds continued to gather outside theatres. On June 23, all six theatres operated by the Bermuda General Theatres closed their doors. Six days later, hotels made a dramatic announcement – they were ending their policy of segregation. They gave the credit to a parliamentary Joint Select Committee that had been meeting for more than a year. Most black Bermudians believed that it was really the result of the theatre boycott, particularly since the decision by the hotels gave a face-saving opportunity for theatres to follow suit. On July 2, the theatres opened their doors – desegregated.

The Progressive Group, led by Dr. Stanley Ratteray, remained anonymous throughout the boycott. They were college graduates, recently returned from studying overseas, who were determined to change a way of life they found insulting, humiliating and absurd. Two men, later identified as Kingsley Tweed and Richard Lynch, who were not members of the Progressive Group, spoke to the crowds gathered outside the theatres, encouraging them to continue their protest. It is important that both these men be remembered.

Surviving members of the Progressive Group were recognized at a public ceremony at City Hall on the 40th anniversary of the boycott. Member Dr. Erskine Simmons described the boycott as a “watershed event.”

Forty years ago, the group, which comprised 18 men and women, responded to their victory with a statement: “We are appreciative of the fact that hotels, restaurants and theatres are desegregated. The people of Bermuda are to be thanked, indeed congratulated for the striking display of solidarity shown since June 15. The day should become for Bermuda what Emancipation Day was for the world.” 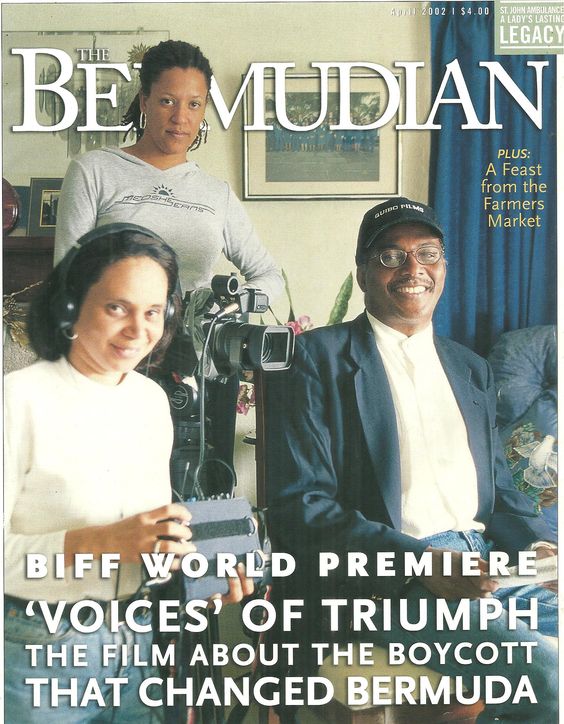