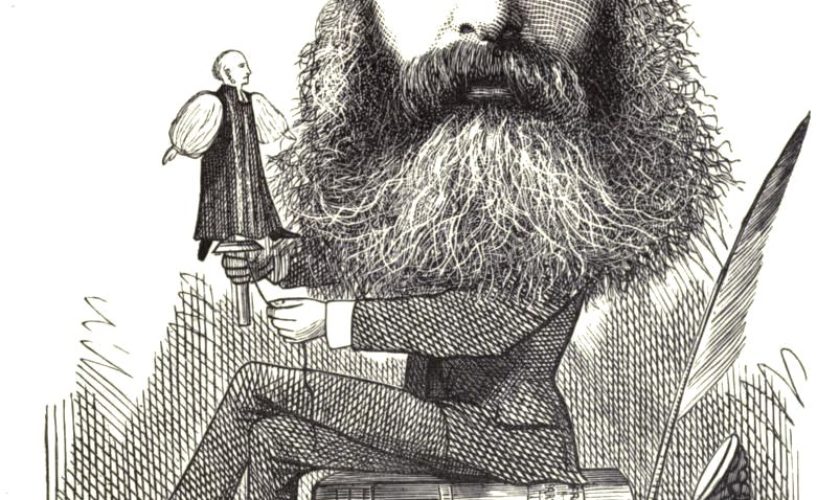 Anthony Trollope: Can We Forgive Him?

In Britain, literature lovers note that 2015 marks the bicentennial of eminent novelist Anthony Trollope, perhaps best known for his Barsetshire and Palliser novels. For Bermudians, of course, the year also marks the City of Hamilton’s 200th birthday. While these two anniversaries appear to be unconnected, there is a link between them. Anthony Trollope was one of the few Victorian novelists who had a paid occupation other than writing—he spent many years working for the General Post Office—and it was in his capacity as a post office inspector that he visited Bermuda for two weeks at the tail end of his visit to the West Indies in 1858. The London post master general mistakenly believed that the British government was paying the salary of the Hamilton postmaster, who would have been William Bennet Perot at the time. Trollope’s report on the Bermuda Post Office apparently led to Bermuda’s 1859 Postal Act which transferred the control of the Bermuda Post Office entirely to the Bermuda government. From then on all the post office’s salaries, including that of the St. George’s postmaster, were to be paid out of Bermuda’s treasury.

Now, many of Trollope’s novels show sensitivity towards and compassion for those of his characters caught in the snare of financial difficulty, but he shows no such qualities in the Bermudas chapter of his The West Indies and the Spanish Main, published in 1860.  Although he was one of the most travelled men of his age, having been sent on postal missions across the world, to Egypt, the Holy Land, Malta, Gibraltar and Spain, as well as the West Indies and Central America, in his description of Bermuda he comes across as a grumpy, racist, condescending curmudgeon. Nothing satisfied him, certainly not the food. “I did not once encounter a piece of meat fit to be eaten…The poultry was somewhat better than the meat, but yet of a very poor description. Both bread and butter are bad; the latter quite uneatable.” To a twenty-first-century reader, Trollope was the epitome of the worst kind of British tourist who wants fish and chips wherever he is and is convinced he knows what’s best for a country that is not his own. For example, on visiting Dockyard and the convicts forced to labour there, Trollope resented bitterly the convicts’ rations as being far too generous. “He [the convict] has a pound of meat; he has good meat too, lucky dog, while those wretched Bermudians,” he wrote, “are tugging out their teeth against tough carcases!” The tough conditions under which the convicts lived, he felt, were far too lenient since they were better than those of labourers in Britain.

Bermuda’s landscape did not overly impress him either. The cedars he described as “small, stunted” and “bushy” although the oleanders quite pleased him. But his main criticism was against the climate which made him “always anxious to be supine, lying down whenever I could find a sofa; ever anxious for a rocking chair, and solicitous for a quick arrival of the hour of the bed…” His physical reaction to the climate did not make him sympathetic to that of the locals, however: “The people, both black and white, seemed to be only half awake. The land is only half cultivated, and hardly half is tilled of that which might be tilled.”

What did he think of Bermuda’s postal system? Strangely, he does not mention it—not once. Neither does he mention Perot, who must surely have hosted Trollope when he was staying in the City of Hamilton. But he was rude about Bermuda’s system of government with its governor, council and house of assembly, and by implication about the island’s female and black inhabitants: “…but now I am hardly sure whether a population of ten or twelve thousand individuals, of whom much more than half are women, and more than half the remainder negroes, require so composite a constitution. Would not a strict governor, with due reference to Downing Street do just as well?” Why, he asked, should “such a little spot as Bermuda” have its own constitution?

Once back in Britain’s cold climate, presumably physically restored with plenty of beef and butter, Trollope went on to publish a prolific number of books, including the first of his Paliser novels, Can You Forgive Her?, published in 1865. For Bermudians who have read The West Indies and the Spanish Main, a more apposite question could be: Can We Forgive Anthony Trollope?