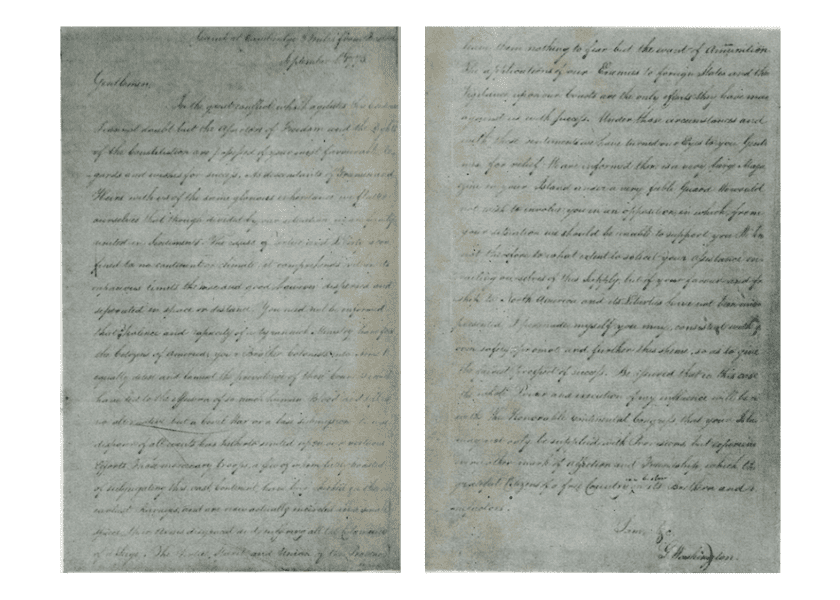 Bermuda and the American Revolution

This article was taken from our archives. It first appeared in the November 1931 issue of The Bermudian. It appears here exactly as it did originally.

The unexplained gunpowder conspiracy in 1775.

It was natural that Bermuda should be closely concerned in the Revolution as in other phases of American his­tory. From the early days of Sir George Somers the Islands had offered a haven to storm stressed ships bound from Eng­land to her Virginian colonies; and then, as now, Bermuda depended upon conti­nental sources for their everyday wants. With the outbreak of the Revolutionary War all trafficking with America was prohibited, and as cargoes of salt, Ber­muda’s only trade staple, were not ac­ceptable to English commerce, the island was continually threatened with the hor­rors of famine. Though the House of Assembly was busily occupied with bills 2nd measures to ensure a food supply, the inhabitants found it necessary to adopt the hazardous, but extremely effec­tive method of carrying on their former trade-patriotic legislation notwithstand­ing.

The impressing into an illegal, and consequently dangerous business, together with the fact that many Bermudian families were related to the earlier Vir­ginian settlers, naturally aroused here a strong sympathy for the American Cause and furnished a reasonable motive for supporting Washington against the Mother Country.

Shortly after the battle of Bunker Hill, Washington was appointed Commander-­in-Chief of the American army then en­gaged in laying siege on Boston. The General found his army in a most singu­lar predicament: they were encamped be­fore an important British stronghold with barely enough ammunition for a few hours firing, and with no very ap­parent means of obtaining a fur­ther supply. He feared the British might follow-up their merely nominal victory at Bunker Hill with an at­tack which would find his soldiers prac­tically defenseless. He wrote, of this, to Governor Cooke of Rhode Island, and said, “the case calls loudly for the most strenuous efforts of every friend of his country, and does not admit of the least delay. No quantity, however small, is beneath notice, and should any arrive, I beg it may be forwarded as soon as pos­sible.”

In the same letter he formulates a plan which reveals the daring spirit of a great leader when faced with overwhelming difficulties. He has learned, from a Mr. Harris lately arrived from Bermuda, of a considerable powder magazine at St. George’s, also that the Bermudians would probably assist in removing the powder if an armed ship be sent to procure it. He begs that Governor Cooke dispatch one of two ships, then lying at Rhode Island, on this important enterprise. The Governor approved, and a Captain Abra­ham Whipple agreed to undertake the venture. Washington then wrote the following letter:

To the Inhabitants of theIsland of Bermuda Camp at Cambridge, 6 September, 1775. GENTLEMEN:-

“In the great conflict, which agitates this continent, I cannot doubt but the assertors of freedom and the rights of the constitution are possessed of your most favourable regards and wishes for success. As descendants of freemen, and heirs with us of the same glorious inheritance, we flatter ourselves, that though di­vided by our situation, we are firmly united in sentiment. The cause of vir­tue and liberty is confined to no conti­nent or climate. It comprehends, within its capacious limits, the wise and good, however dispersed and separated in space or distance.

“You need not be informed, that the violence and rapacity of a tyrannic minis­try have forced the citizens of America, your brother colonists, into arms. We equally detest and lament the prevalence of those counsels, which have led to the effusion of so much human blood, and left us no alternative but a civil war, or a base submission. The wise Dis­poser of all events has hitherto smiled upon our virtuous efforts. Those mer­cenary troops, a few of whom lately boasted of subjugating this vast conti­nent, have ,been checked in their earliest ravages, and are now actually encircled within a small space; their arms dis­graced, and themselves suffering all the calamities of a siege. The virtue, spirit, and union of the provinces leave them nothing to fear, but the want of am­munition. The application of our enemies to foreign states, and their vigilance upon our coasts, are the only efforts they have made against us with success.

“Under these circumstances, and with these sentiments, we have turned our eyes to you, Gentlemen, for relief. We are informed that there is a very large magazine in your island under a very feeble guard. We would not wish to in­volve you in an opposition, in which, from your situation, we should be unable to support you; we knew not, therefore, to what extent to solicit your assistance, in availing ourselves of this supply; but, if your favour and friendship to North America and its liberties have not been misrepresented, I persuade myself you may, consistently with your own safety, promote and further this scheme, so as to give it the fairest prospect of success. Be assured, that, in this case, the whole power and exertion of my influence will be made with the honourable Continental Congress, that your island may not only be supplied with provisions, but experi­ence every other mark of affection and friendship, which the grateful citizens of a free country can bestow on its brethren and benefactors.

“I am, Gentlemen, With much esteem, Your humble servant, G. WASHINGTON”

This letter was entrusted to Captain Whipple, who sailed from Rhode Island on September 12th, 1775, and arrived off the West end of Bermuda, which, with no proper roads to St. George’s where everything centered, was considered more or less, an outpost. He exhibited his cre­dentials and delivered the letter, but some zealous patriots had forestalled him as regards the powder; Washington had re­ceived news of its arrival in Philadelphia only a few days after Captain Whipple’s departure.

There are many tales of how this powder was taken, on the night of Au­gust 14th, from the magazine situated not far from the old Government House in St. George’s. The keys were stolen from under the Governor’s pillow – pre­sumably while His Excellency was asleep – and the magazine plundered of one hundred kegs, which, it is said, were then rolled down the hill to the shore. One version is that the barrels were here loaded into long boats and carried to two ships lying outside North Rock; another account states that the ships were an­chored in Mangrove Bay and received their pilfered cargo there. The affair created a tremendous sensation and the House of Assembly offered a reward of £100, a huge sum considering the strait­ened finances of the Colony, for evidence leading to the conviction of the offenders, adding piously, “We are deeply con­cerned to find that so flagitious an act should have been committed at this time of universal distress.” This was mild to the rage of Governor James Bruere who combined an intolerant hatred of “the rebels,” as Americans were then called, with an intense distrust of Bermudians, which people, as he complained bitterly in many unavailing addresses, had al­lowed his salary to go unpaid for a con­siderable while. In his message to the House, informing them of the powder theft, he phrased it as a “most heinous and atrocious crime.” The ranking fact that such audacity had found him sleeping, actually and figuratively did not sweeten his temper, and thereafter he overlooked no opportunity to accuse the islanders, both high and low, of dis­loyalty and treason. But when he died in 1780, nothing new was known and in­vestigations over a century and a half have added very little toward a satis­factory solution of this closely-kept secret. It would appear, though, that several members of the Assembly who voted so willingly and unanimously on the matter of the reward might have en­lightened their disgruntled Governor with some inside information if the conse­quences of such indiscretion had not de­manded their silence.

The following quotation from the minutes of the Pennsylvania Committee of Safety, dated August 26th, 1775, seems to indicate that at least some of these powder stealers were prominent men:

“A letter was this day received by Cap­tain Ord of the ‘Lady Catherine,’ from Henry Tucker, chairman of the Deputies of the several Parishes of Bermuda, en­closing an account for 1182 lbs. of gun­powder shipped by him aboard said ves­sel, amounting to £161-14-8, that cur­rency.”

This was, of course, the stolen powder and the mention of Henry Tucker is significant. The Tucker family in Ber­muda were closely related to the Tuck­ers of Virginia and one branch of the family was then living in Somerset. If two seagoing ships did anchor in Mangrove Bay, there to await the arrival of the pow­der from St. George’s, and after loading, clear the island before the hue and cry which began at daybreak, there must have been a well-coordinated assistance from ashore. Only people so influential as the Tuckers could have arranged for the lights and pilots necessary to guide these ships at night safely through the maze-like chann­el they would have had to traverse.

None of the other many theories and rumours, which by now have attained al­most to legends, appear to have as much evidence to support them. All fail to dis­close any details of what was undoubt­edly a well planned and skilfully carried ­out conspiracy.

Whilst various stories, spiced no doubt with whispered scandal, were eagerly in­terchanged on every Bermudian veranda during the warm, summer evenings, Washington was utilizing the fruits of his coup with characteristic vigour. He erected batteries to command the whole of Boston and its harbour, forcing General Howe with its army and about a thousand loyalists to evacuate the city and sail for Halifax on March 17th, 1776.

But the assurance of victory did not  cause the American leader to violate his promise or forget by whom he had been befriended. He brought the service of his Bermudian friends to the notice of the Continental Congress; and on November 22nd, 1775, that body resolved to permit the exportation of supplies to Bermuda, in exchange for salt. He thus suitably requited those, who at risk of all manner of persecution, had aided him in the founding of a nation.